When denying the Wonder Woman depicter's claim that he threatened her career, the 'Buffy the Vampire Slayer' creator says that 'English is not her first language,' while he calls Fisher 'a bad actor.'

AceShowbiz - Joss Whedon has finally broken his silence on the allegations of misconduct on the set of "Justice League". When personally denying the claims made by actors such as Gal Gadot and Ray Fisher, the director fired back with a diss.

Gadot previously claimed that Whedon threatened her career. "He threatened my career and said that if I do something, he will make sure my career is miserable," the "Wonder Woman" star said in 2021.

Now in a new interview with New York Magazine, Whedon claimed that the actress misunderstood him. "I don't threaten people. Who does that?" he said of her allegation. "English is not her first language, and I tend to be annoyingly flowery in my speech."

Sharing his own account of their conversation, Whedon recalled arguing over a scene that Gadot wanted to cut. He told her jokingly that if she wanted to get rid of it, she would have to tie him to a railroad track and do it over his dead body, but she misheard it as "her dead body."

"Then I was told that I had said something about her dead body and tying her to the railroad track," the filmmaker said. Gadot has responded to Whedon's rebuttal, telling the publication via email, "I understood perfectly."

Whedon also addressed Fisher's allegations that he "was gross, abusive, unprofessional, and completely unacceptable" during reshoots on the film. The Cyborg depicter took issue with the director downsizing his character's role, cutting scenes that the actor deemed challenged stereotypes.

"Race was just one of the issues with the reshoot process," he said at the time. "There were massive blowups, threats, coercion, taunting, unsafe work conditions, belittling and gaslighting like you wouldn't believe."

In his own words, Whedon said he trimmed Cyborg's role in the film because his plot "logically made no sense" and he felt the acting was bad. He also denied digital lightening specifically of Fisher's skin tone, explaining that he brightened everything in post-production.

The "Firefly" creator said none of the claims Fisher made in the media were "either true or merited discussing" and described the actor's actions as "a malevolent force." He went on taking a jab at Fisher, saying, "We're talking about a bad actor in both senses."

Fisher seemed to have responded to Whedon's interview with a cryptic tweet. While he did not directly mention the filmmaker's claims in the interview, the actor wrote on Monday, January 17, "Looks like Joss Whedon got to direct an endgame after all … "

"Rather than address all of the lies and buffoonery today-I will be celebrating the legacy of Reverend Dr. Martin Luther King Jr.," he added. "Tomorrow the work continues. #MLKDay A>E." 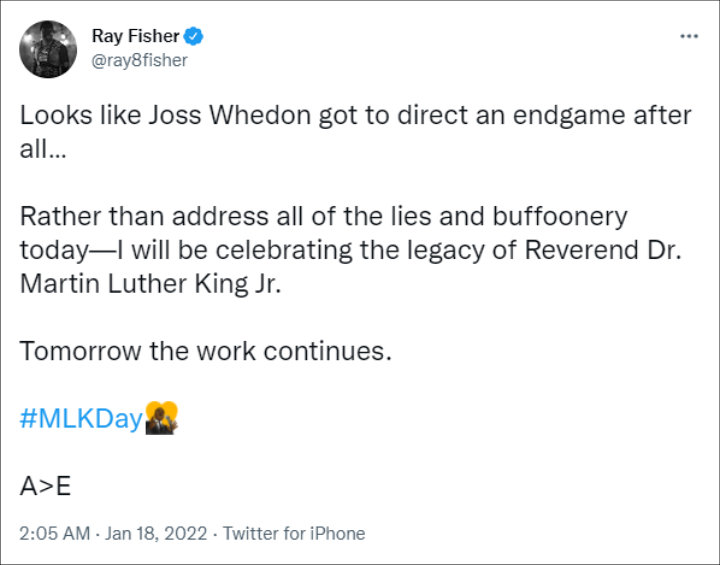 In the same interview, Whedon claimed he was hired to oversee the post-production because the studio bosses had lost faith in Zack Snyder's vision and wanted him to take full control. This has been debunked by a representative from Warner Bros. as Snyder himself publicly stated he left the project due to personal matters. His 20-year-old daughter had died by suicide two months earlier.

Zack Snyder in 'Place of Desperation' When Quitting 'Justice League' 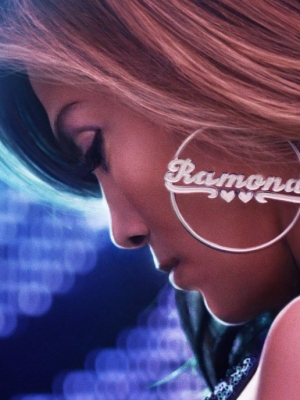