While playing an action-packed game night called Forehead Detective with her friends, the 'Material Girl' songstress has her ex-husband's name written on a yellow Post-It on her forehead.

AceShowbiz - Madonna seemed to take a walk down memory lane with her past romance with Sean Penn. In a new social media post, the "Material Girl" songstress could be seen posing with her ex-husband's name on her forehead.

On Sunday evening, October 3, the 63-year-old pop star and her friends enjoyed an action-packed game night called Forehead Detective, where a familiar name arose. The game required the participants to stick Post-It notes on their foreheads stamped with the name of a celebrity. Then each player must try and guess which famous person's name is stuck to their face by asking yes or no questions.

Other players had names including Martin Luther King and Donatella Versace written on their sticky notes. Hilariously, Sean's name was written on Madonna's yellow Post-It. Her pals went on giving the "Into the Groove" songstress a clue, saying that the two were married from 1985 to 1989. 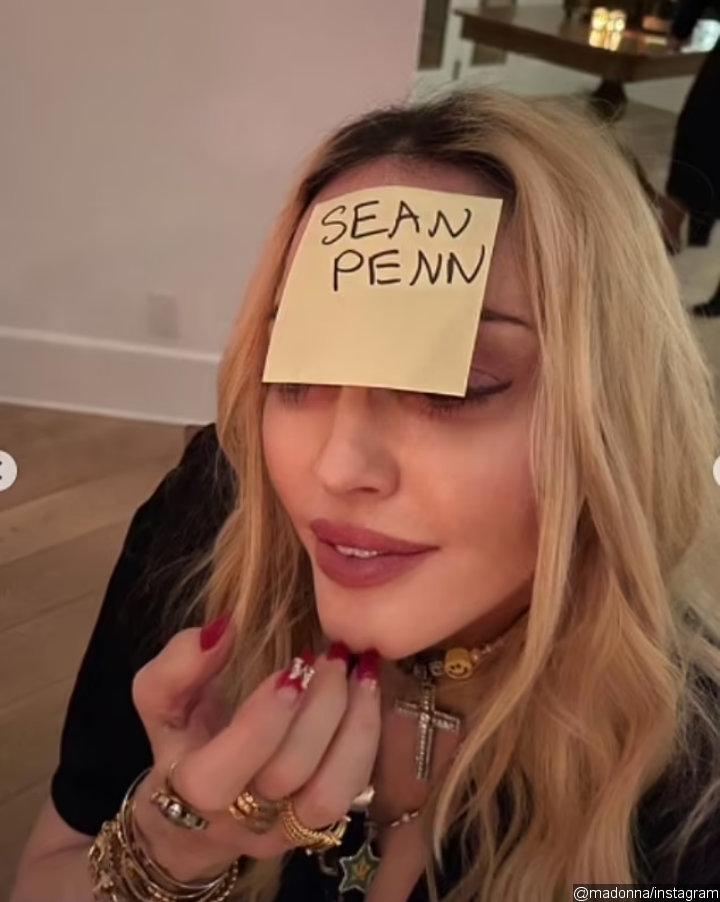 Madonna had her ex-husband Sean Penn's name on her forehead while playing a game with her friends.
See also...

Madonna and her pals appeared to be having a great time as they celebrated the weekend in style. In the following image, the "Justify My Love" singer posed in her best angles while sitting on her bed. She also uploaded a photo in which she could be seen sprawling out on her bedroom bench while checking her phone.

Madonna was married to Sean for four years before their divorce in 1989. Back in 2016, she confessed she was "still in love" with the Oscar-winning actor. She even offered to remarry him if he paid up $150,000 to her charity in Malawi. "I'm still in love with you. Yes. In fact, I think I love you more now that we're divorced," she stated.

The feeling seems to be mutual as in 2018, Sean admitted she would always hold a special place in his heart. Speaking on "The Late Show with Stephen Colbert", the "Mystic River" actor said, "Ah, I love my first wife very much. There's no [comparison]... you don't compare those things," when asked who he prefers between Britney Spears and Madonna.