While the 'Girls' alum and her beau have yet to announce their marriage, the musician appears to hint at the nuptials by posting The Zombies' 'This Will Be Our Year' on his Instagram Story.

AceShowbiz - Lena Dunham is now a married woman. Nearly two months after making her romance with Luis Felber red carpet official, the "Once Upon a Time in Hollywood" actress reportedly tied the knot with him.

Revealing the happy news was PEOPLE. A source told the outlet that the 35-year-old "Girls" alum married her beau this weekend. While the couple has yet to confirm the reports, the musician seemingly hinted at the nuptials by posting The Zombies' "This Will Be Our Year" on his Instagram Story on Sunday, September 26. He added purple heart and alien emojis. 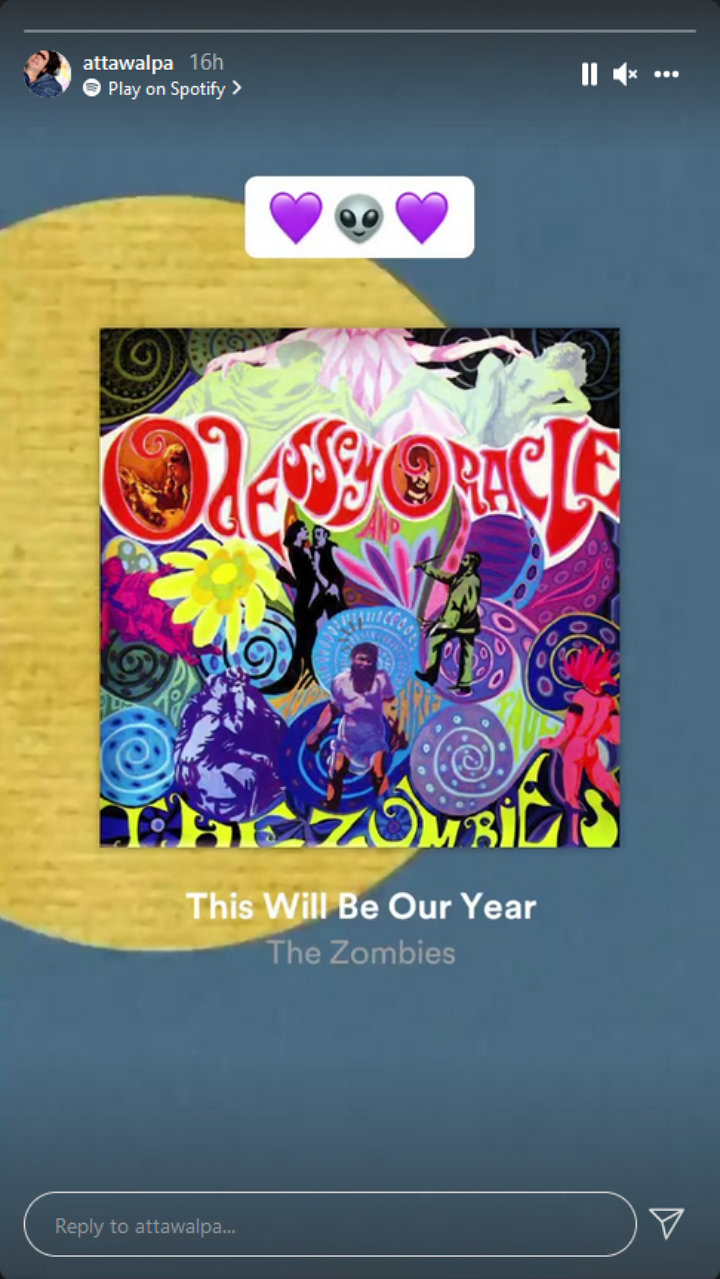 Luis Felber seemingly hinted at his marriage to Lena Dunham.

Lena announced that she's back into the dating scene when speaking to The New York Times in April. "It's been a few months... I feel really lucky," she said at the time without mentioning the name of the English-Peruvian artist, known professionally as Attawalpa.

Lena then went Instagram official with Luis in June. Sharing some pictures of her and Luis, she wrote, "Feliz Cumpleanos Luis. When I was 3 weeks old in downtown Manhattan, I had no idea a baby was being born in England (Winchester, no less!) who would rocket into my life- wearing a lime green polar fleece snood- and challenge so many of my beliefs about myself and the world with magical abandon."

"Everyone who comes into contact with you- creatively, emotionally, accidentally- is lucky," she further gushed. "But I am the luckiest, because that snood is now in our shared chest of drawers. 'The warmth of your love is like the warmth of the sun and this will be our year, took a long time to come..' Happy Birthday, Lulu @attawalpa."

Lena and Luis made their red carpet debut as a couple in August. When attending the "Zola" screening at the Sundance Film Festival in London, they looked cozy as they posed for the camera.

Before being an item with Luis, Lena was dating singer/producer Jack Antonoff. The two, however, called it quits in January 2018 after more than five years together.