James Dean Bradfield and his bandmates are celebrating as they debut at the top spot in U.K. albums chart with 'The Ultra Vivid Lament', marking their first chart topper since 1998.

AceShowbiz - Welsh band Manic Street Preachers have topped the U.K. music charts for the first time since 1998 with their new album "The Ultra Vivid Lament".

The "You Love Us" hitmakers bumped Drake's "Certified Lover Boy" to reclaim the coveted ranking and edged out second-placed Steps' new LP "What the Future Holds Pt. 2".

According to NME, the band fronted by singer-guitarist James Dean Bradfield registered 27,000 chart sales for their acclaimed 14th studio album, with 91 per cent of these coming from physical copies, including 6,300 on vinyl.

And it's their first number one album since 1998's "This Is My Truth Tell Me Yours".

"It's amazing to be back at Number 1 after 23 years," the bandmembers told OfficialCharts.com on Friday (17Sep21). "It was a titanic chart battle and we are absolutely over the moon. Thanks to all our fans, supporters and Sony for keeping the faith."

Drake drops to three with The Stranglers' "Dark Matters" at four - their first studio album since the death of keyboardist Dave Greenfield, and the 2015 departure of founding member and drummer Jet Black.

The Vaccines' fifth album, "Back in Love City", lands in fifth place.

Meanwhile, Arlo Parks has re-entered the Top 40 with debut album "Collapsed in Sunbeams" which climbs to 36 after she won the 2021 Mercury Prize last week (ends10Sep21). 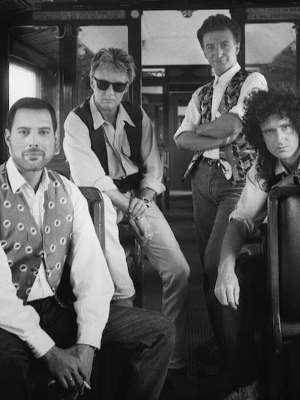