A judge has ruled that the entrepreneur's defamation suit against the hip-hop couple as well as their associate Shekinah Anderson is allowed to move forward.

AceShowbiz - T.I. and Tiny Harris (a.k.a. Tameka Cottle) accuser Sabrina Peterson has scored a small victory in her legal battle against the couple. A judge has denied the embattled hip-hop stars' request to dismiss their former friend's defamation lawsuit against them and their associate Shekinah Anderson.

Sabrina's attorney Tyrone Blackburn tells OnSite that a judge is allowing Sabrina's defamation complaint to move forward in a ruling made on Tuesday, September 14. "The case goes on - T.I., Tiny, as well as Shekinah's anti-SLAPP motion failed and Sabrina is entitled to get justice for the defamation that was visited upon her by the Harrises and Ms. Anderson," the attorney says.

Tyrone shares, "The next move is on the Harrises to answer the four counts that judge allows." He goes on warning that it is not going to be easy for T.I. and Tiny, claiming, "The hard part for them is that everything is so public and the fact that Shekinah said she was told to do this by Tameka - all these thing are detrimental to their case."

The attorney adds that "the agency theory of law" will likely back up their case since Shekinah was once employed by Tiny, acting as her hairstylist.

Sabrina spoke against T.I. in January this year, claiming that the rapper put a gun to her head and threatened to kill her at a kids party. Following her post, more than 30 women and at least one man came forward with allegations of "forced drugging, kidnapping, rape, and intimidation" against T.I. and his wife Tiny.

T.I. and Tiny have adamantly denied the allegations, but Sabrina later sued the couple, claiming that Tiny referred to her on social media as "strange," and added, "everybody know you been special." The activist added that she has since become the target of online harassment and threatening messages.

In his request to dismiss Sabrina's defamation lawsuit, T.I.'s lawyer Andrew Brettler said Sabrina "is an adjudged liar, a convicted felon with a lengthy rap sheet for crimes involving dishonesty and violent assault, and has a reputation for being unscrupulous."

T.I. Says He Had 'Phenomenal Time' at His First NYC Comedy Show Since Getting Booed

T.I.'s Son King Harris Goes Off on Charleston White for Speaking on Him and Boosie's Son 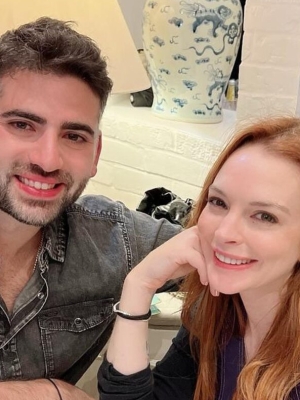