According to his wife Trista Sutter, her husband and the former star of 'The Bachelorette' is now currently recovering after the procedure went 'really well.'

AceShowbiz - Ryan Sutter has opened up about his health issues. Taking to his social media page, the former "The Bachelorette" winner shared that he underwent ankle reconstruction surgery just a day after he celebrated his 47th birthday.

On Wednesday, September 15, the reality star shared a black-and-white photo from his hospital bed with an IV attached to his left forearm. In the caption, he wrote, "Prepped and ready for another surgery," referring to his knee replacement procedure a month ago. He then added, "Hopefully the last one for a bit…. Ankle reconstruction. #bodyrestoration #life."

In a following post, Ryan wrote, "Surgery numero dos in the books," alongside a photo of his bandaged left foot. He continued to thank his fans and followers for their prayers and support, "A sincere thank you to those who continue to write, pray and send positive vibes my way. It means a lot to me. Please carry that same compassion into your daily lives and treat others with dignity, respect and grace. The world needs it even more than I do. #thankyou #compassion #peoplearegood #love #life."

A few hours later, his wife Trista Sutter gave fans an update on the procedure. Turning to her Instagram Story, the first-ever star of "The Bachelorette" explained that the surgery went "really well."

"I just want you to know that he's in recovery, and I'll be picking him up soon and driving home," Trista told her followers. The 48-year-old reality star, who married Ryan in 2003 after meeting and falling in love in her season of "The Bachelorette", captioned her video, "#grateful." 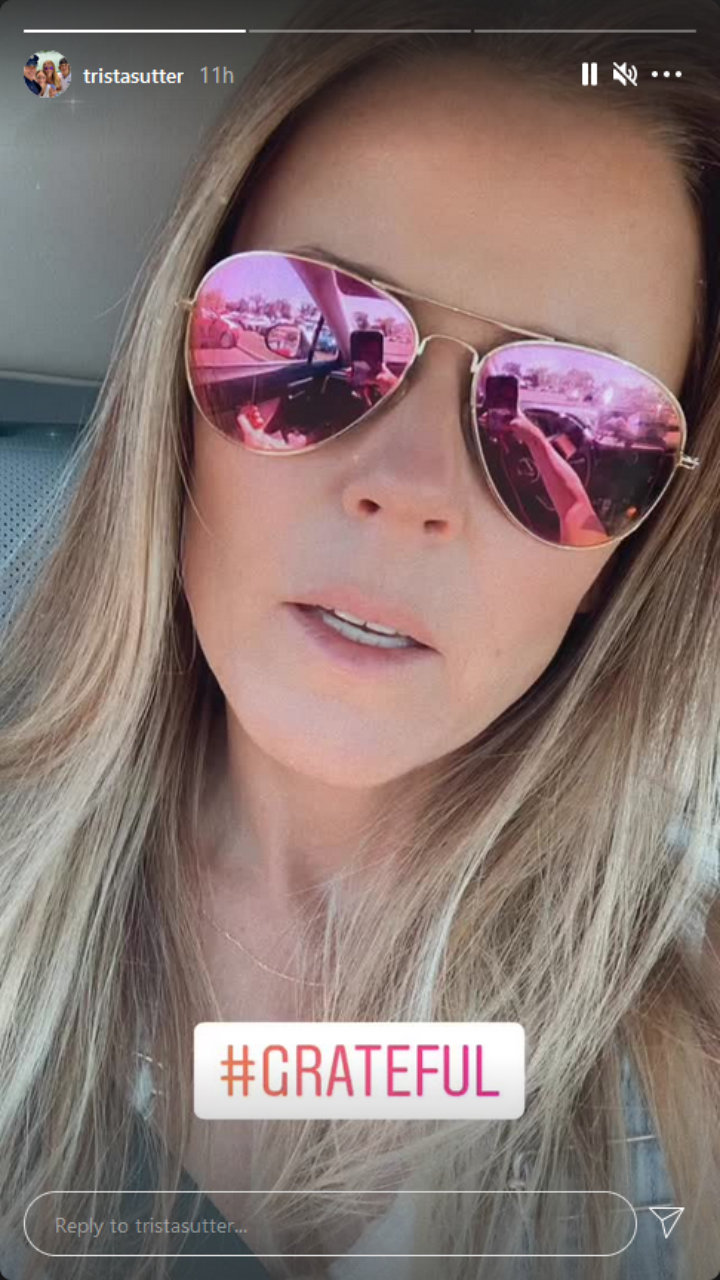 Trista Sutter revealed that her husband Ryan is currently 'recovering' after undergoing the surgery.

A day before he underwent the surgery, Ryan, who also suffers from Lyme disease, celebrated his 47th birthday. In a sweet tribute post shared on Instagram, Trista joked that seeing her husband spend his special day preparing for surgery was "par for the course."

"The [love] of my life, father of my babies, my comfort zone, security blanket, inspiration to be the best version of myself, and today…reason to celebrate!!" wrote Trista, who shares 14-year-old son Maxwell and 12-year-old daughter Blakesley with Ryan. She continued, "And with the year he's had, why not celebrate his 47th birthday prepping for his second orthopedic surgery of the year because…par for the course!"

Trista added, "My hope today and every day is that he knows just how much he means to me and that regardless of all our physical ailments as we grow old together." The mom of two then vowed, " I'll always be there to tackle this crazy life by his side and be grateful to share all the good and bad and in between as his person."

In August, Ryan shared that he had undergone a knee replacement procedure. "Goodbye old friend. Thanks for all your support," he captioned his Instagram post, showing his leg with a long incision down the middle. "We came into the world together, bound by blood and bone. We sought challenge [sic], taking on each one in a joint effort. Though you bent, you never broke."

Ryan Sutter Gets Candid About Making Peace With His Mystery Illness