Mark Hoppus on His Fifth Round of Chemotherapy for Stage 4 Lymphoma Cancer: 'Let's Heckin Go'

Offering an update on his cancer battle, the bassist and vocalist of Blink-182 writes to his fans and followers, 'see you all again in seven to ten days' alongside a photo of himself sitting down at a medical clinic with an IV in his arm.

AceShowbiz - Mark Hoppus has offered his fans and followers a health update. The bassist and vocalist of Blink-182 announced on his social media page that he's undergoing the fifth round of chemotherapy for his stage four lymphoma cancer.

On Wednesday, August 4, the rock band's frontman shared on his Twitter account a photo of himself sitting down at a medical clinic with an IV in his arm. In the picture, the 49-year-old musician could be seen wearing a protective face mask as he flashed a peace sign at the camera. "Chemo round five," he captioned the snap, adding, "Let's heckin go." In his post, he also wrote, "See you all again in seven to ten days…" 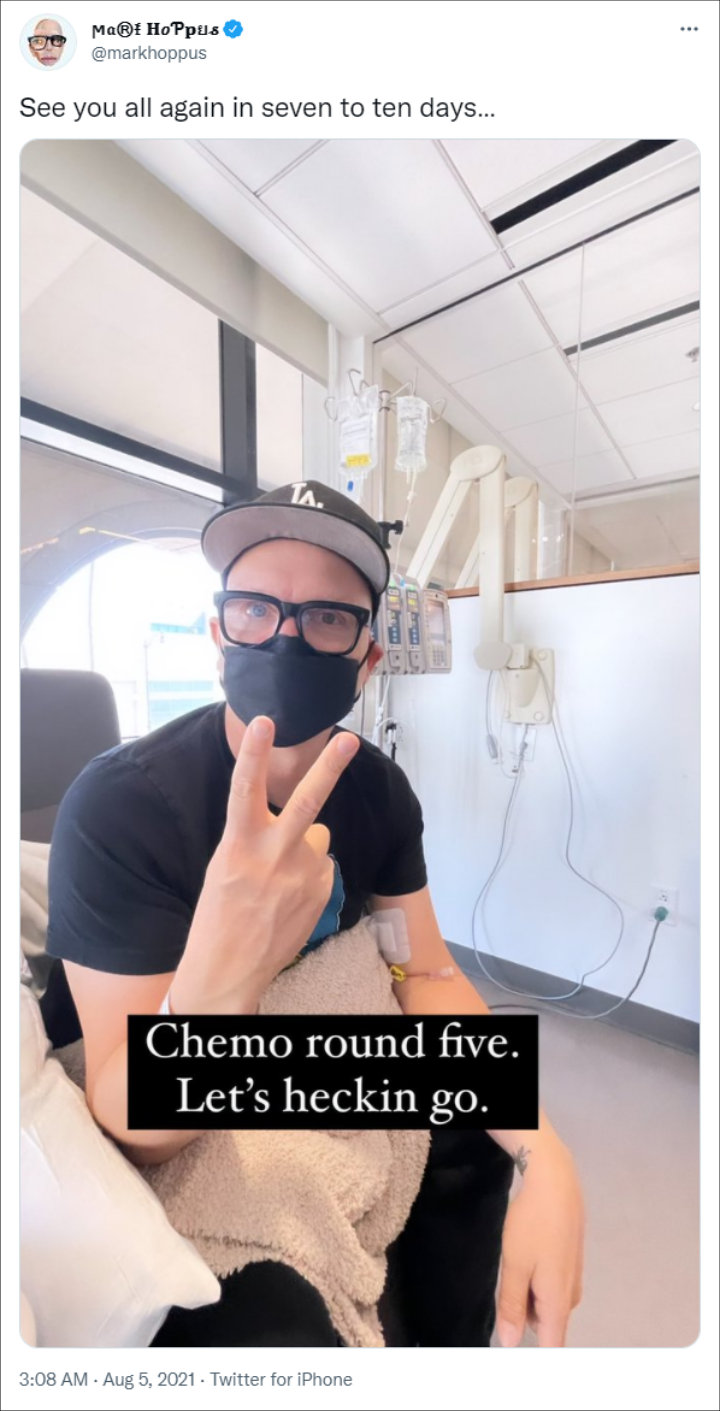 "This is the first time I've picked up my bass in a few months, even," Mark admitted, before performing his guitar solo from the band's song "Not Now". He played the track's lyrics that included the line, "Help me, I'm scared please show me how to fight this."

A week earlier, Mark revealed that his stage 4 lymphoma cancer is "trying to kill" him. "My cancer's not bone-related, it's blood-related," the rock star shared. "My blood's trying to kill me."