The 'Keeping Up with the Kardashians' alum and her four children with the rapper, North, Saint, Chicago and Psalm, fly to Atlanta to help him celebrate the release of 'Donda'.

AceShowbiz - Kim Kardashian remains one of Kanye West's biggest cheerleaders though they're no longer together as a couple. The reality TV star and her four children with the rapper have flown to Atlanta to join him at his album listening event.

On Thursday, July 22, the 40-year-old model and her four children, North, Saint, Chicago and Psalm, made a surprise appearance at the sold-out gathering held at Mercedes Benz Stadium. In videos taken from the event and shared on social media, the media personality was seen wearing a fiery red jumpsuit as her kids tagged along with her.

Kim's sister Khloe Kardashian was also present for a show of support as she documented the listening party on her Instagram Stories.

Kanye took the center of the arena following a two-hour delay as his new album "Donda" debuted globally for the first time. He dressed in red from head to toe, matching his ex's look that night. 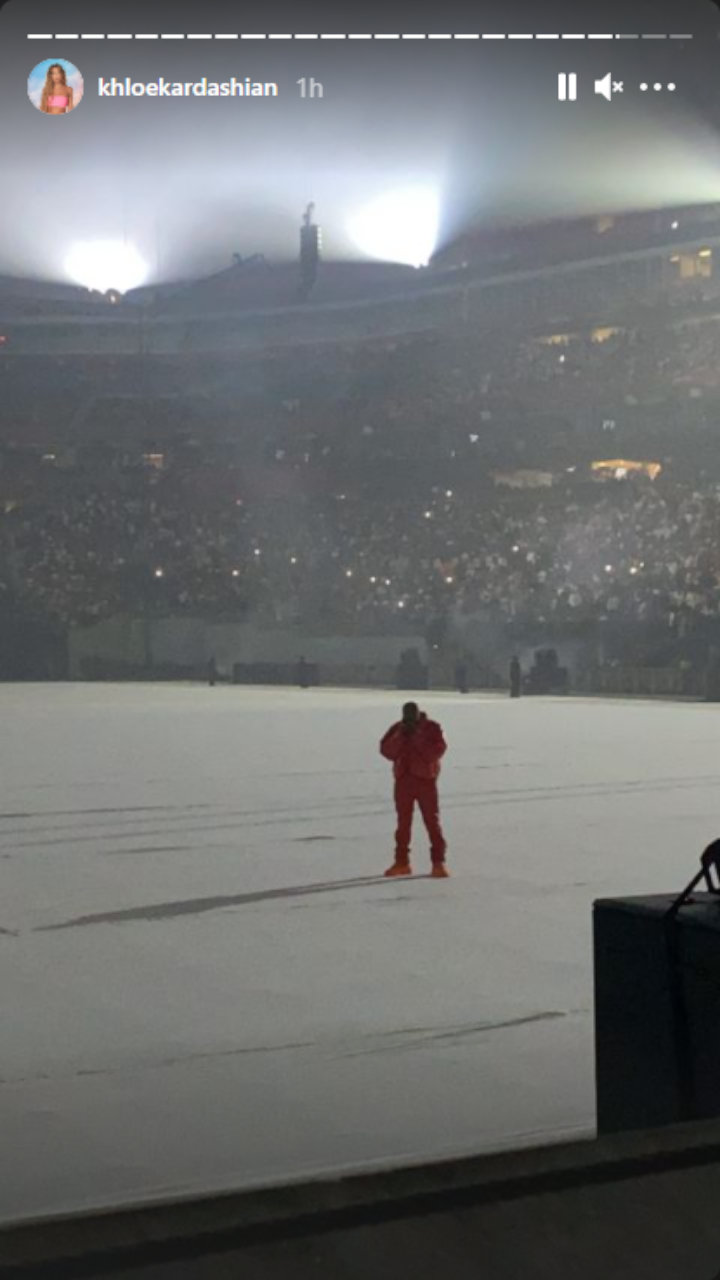 Kim and her children's presence at Kanye's album listening party comes after reports that the "Gold Digger" spitter dissed his ex on the album were dismissed. "Kanye actually played the song for Kim personally before the listening party," a so-called insider close to the former couple told Page Six. While confirming that "it's emotional and personal," the source insisted it's "not negative at all."

Another source confirmed to E! News about the lyrics on Kanye's album, "He was respectful and gave her the heads up," noting that the rapper "did not want to blindside" Kim with such personal lyrics.

Previously, it was reported that Kanye broke down in tears after playing "Welcome to My Life" during a listening party in Las Vegas on Saturday, July 18. He reportedly addressed his personal issues in the last two years, including his split from Kim, a meltdown on Twitter and his failed bid to become U.S. President. He reportedly likened his marital home with Kim in Calabasas, Los Angeles to a jail as he allegedly raps, "Tell the assassins I escaped from Calabasas."

A source at the listening party told The Sun, "It's a very deep, sad song about Kanye, with him reflecting on his marriage with Kim." The source added, "He talks about the kids and mentions her taking everything. After he played this song he paused for like, two minutes, and cried. It was really sombre."