In a never-before-seen photo of her first child, the supermodel dresses her little one in an adorable colorful Versace onesie in honor of the late Gianni Versace.

AceShowbiz - Naomi Campbell has offered her fans a rare glimpse of her baby daughter. In a sweet photo, the supermodel dressed her little one in an adorable colorful Versace onesie in honor of the late designer.

On Thursday, July 15, the 51-year-old model took to her Instagram Story to share a never-before-seen photo of her first child, whose name has not been revealed. In the sweet snap, her baby daughter could be seen lying down as she wore the branded outfit. 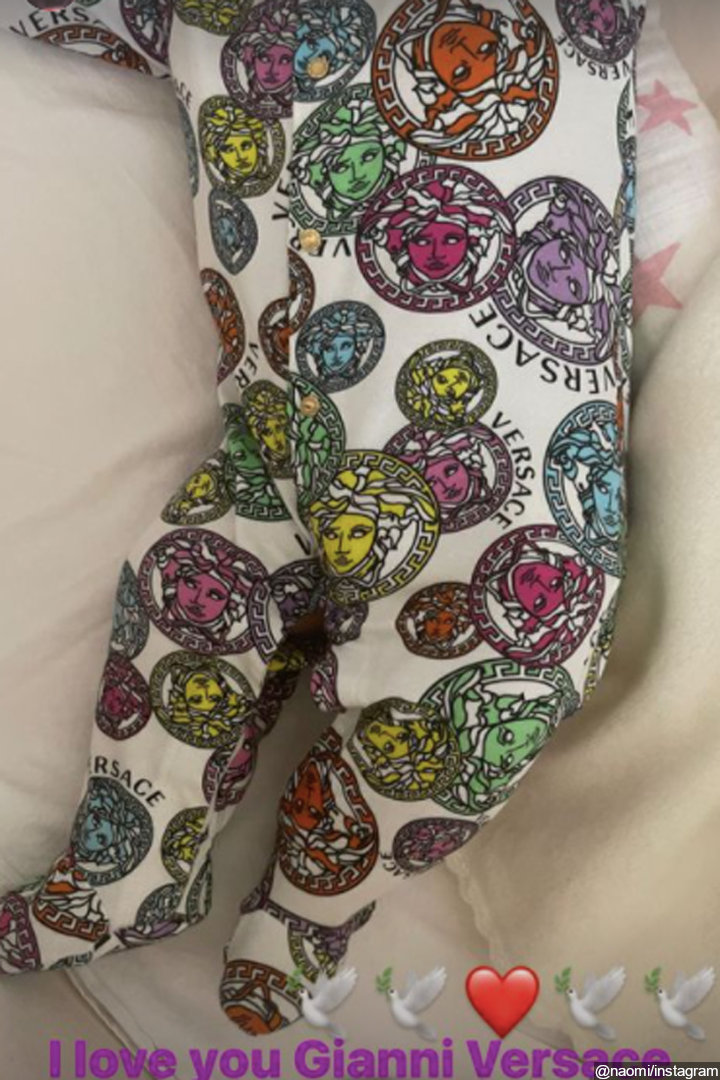 "I love you Gianni Versace," Naomi captioned the image, adding dove and heart emojis, in reference to the fashion designer who was among one of her closest friends. The "Empire" alum also posted a video of herself with the late Versace to mark the 24th anniversary of his murder. "I miss you Gianni Versace, your intuition and actions ahead of it's time. Your work ethic to be admired and your authentic embrace generosity and beautiful heart adored," she wrote in the caption of the post.

The rare glimpse of her baby daughter came nearly two months after she delighted fans when she revealed that she welcomed her first child. Announcing the exciting news, the British beauty posted an Instagram photo of herself holding the newborn's feet. She wrote at the time, "A beautiful little blessing has chosen me to be her mother. So honoured to have this gentle soul in my life there are no words to describe the lifelong bond that I now share with you my angel. There is no greater love."

Naomi didn't share any details about her journey to motherhood. It is not known as yet whether she gave birth herself, or had the baby via a surrogate. Shortly after making the announcement, she shared a message of gratitude on Instagram, thanking friends for sending gifts to congratulate her on the arrival of her baby girl.

"Never have I felt so much love like I have over these past few weeks, I am so thankful for the love that you've poured into my daughter and I," Naomi captioned a photo of herself standing while surrounded by colorful, pink flower arrangements. The new mom continued, "Thank you all for the Warm messages of support and birthday wishes. Despite the challenging year we've all had, there has been so many blessings that I am beyond grateful and thankful for. By Gods Grace we are almost at the light at the end of the tunnel, strength and perseverance. Love, Naomi [love]."

Naomi Campbell Believes Heavy Makeup Will Hide Her True Self