This film project, which will see the 'Mean Girls' star's return to acting, will have 'A Christmas Waltz' co-writer Janeen Damian serving as its director with its production expected to begin in November.

AceShowbiz - Lindsay Lohan is returning to acting to star in a holiday romantic comedy for Netflix.

The "Mean Girls" star will play a "newly engaged, spoiled hotel heiress" who loses her memory after a skiing accident and "finds herself in the care of a handsome, blue-collar lodge owner and his precocious daughter in the days leading up to Christmas," according to Variety.

The as-yet-untitled film will be directed by "A Christmas Waltz" co-writer Janeen Damian, from a script she co-wrote with her husband, Michael Damian, alongside Jeff Bonnett and Ron Oliver.

Production is expected to begin in November, meaning fans will likely have to wait until the festive season of 2022 to check out the movie.

Lohan has scaled back her acting career in recent years and spent time living across Europe and in Dubai, United Arab Emirates.

She last acted onscreen in 2019 supernatural horror film, "Among the Shadows", while she also starred on her own MTV reality show, "Lindsay Lohan's Beach Club", and featured as a judge on the Australian version of "The Masked Singer" in the same year.

The casting news came less than two weeks after Lohan's mother weighed in on Chrissy Teigen's cyber bullying scandal. As the model dealt with backlash from Courtney Stodden's confession, one Twitter user found a mean tweet she made over the actress. The January 2011 post read, "Lindsay adds a few more slits to her wrists when she sees emma stone."

Responding to the tweet, Dina Lohan told Fox News, "As a single mother of four children I have raised them to be kind, humble and non-judgmental." She went on to add, "That being said, I will not judge her words towards others but I stand firm in one looking into oneself and continue to learn and grow #ownyou."

Lindsay Lohan Recalls Backlash Over Nipple Tassle Runway Show: 'Now Everyone Does That'

Lindsay Lohan on Avoiding 'Pressure' and 'Attention' After Long Hiatus 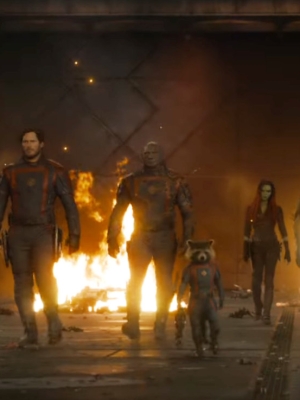