One day after Alabama Barker claimed in a post that her mother was 'never completely been in [her] life,' the former Playboy Playmate writes online she just has 'a different mindset and new growth game.'

AceShowbiz - Shanna Moakler is sharing some wise words amid her alleged feud with daughter Alabama Barker. Days after her daughter with ex-husband Travis Barker slammed her and her boyfriend Matthew Rondeau, the former "Meet the Barkers" star came up with a social media post about still being the same woman.

On Sunday, May 16, the former Miss New York USA winner took to her Instagram Story page to share the words. Over a yellow background, she wrote, "Still the same woman, with the same name. Just a different mindset and new growth game." 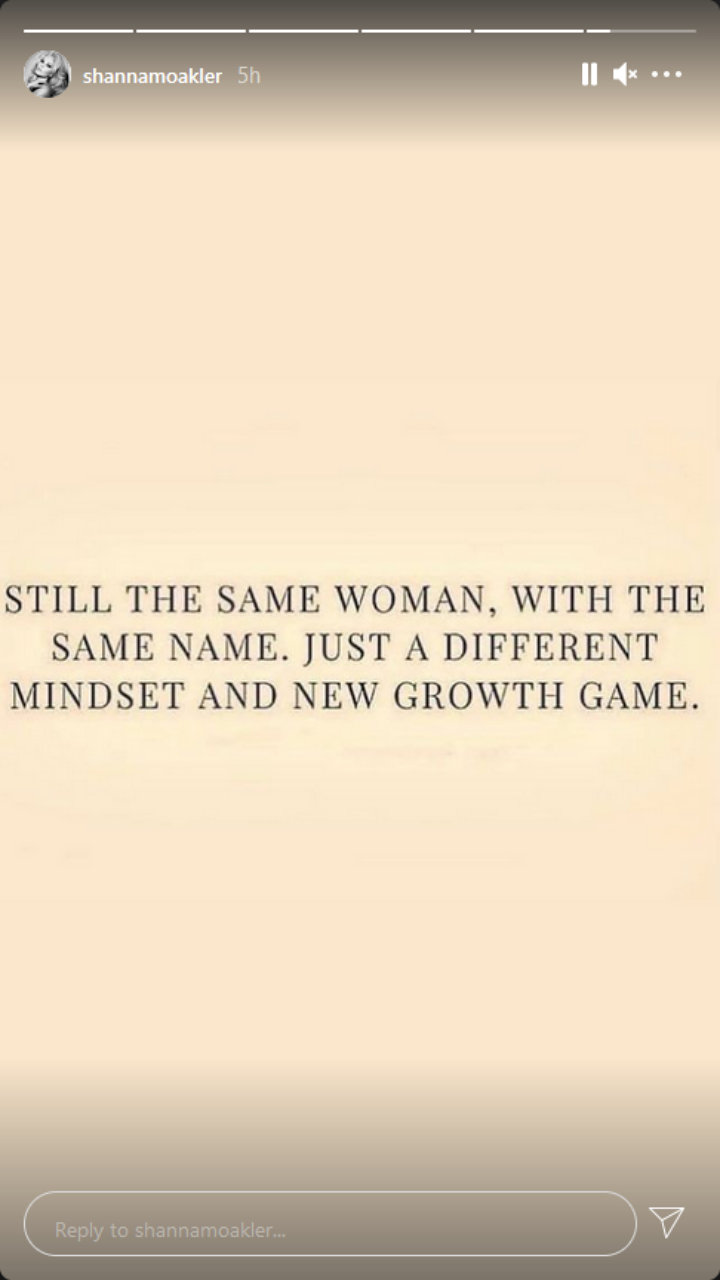 One day earlier on Saturday, May 15, Shanna's daughter Alabama made some allegations about the former Playboy Playmate on her Instagram Story. "Everybody thinks my mother is amazing," the 15-year-old began her dissing. "Matthew is nothing but awful to her. Not only that, but he cheats on her. My mom has never completely been in my life." 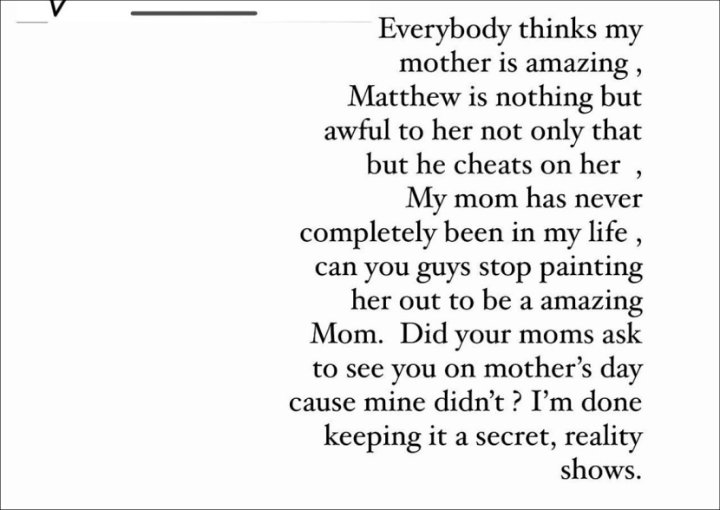 Alabama Barker made some allegations about her mother in her Instagram Story.
See also...

Alabama then begged her followers to stop describing her mom as an "amazing mom." She added, "Can you guys stop painting her out to be an amazing mom? Did your moms ask to see you on Mother's Day [because] mine didn't? I'm done keeping it a secret, reality shows."

Shortly thereafter, a fan asked Shanna how she felt about her daughter's allegations. To a question that read, "How do you feel about @alabamaluellabarker allegations? I hope you're not being abused," the 46-year-old simply reacted, "completely ridiculous."

Later, an Instagram account by the name of @unconfirmedreport shared Shanna's past claims that her boyfriend Matthew "has been [her] rock" and "has been amazing." In her claims, she added that she left Travis Barker because he was "emotionally abusive," and that the Blink-182 drummer controlled Alabama's Instagram account.

Shanna further also pointed out that she divorced her ex-husband because she "caught him having an affair with [Kim Kardashian]" and "now he's in love with her sister [Kourtney Kardashian]." Setting the record straight, Alabama left a comment on the post. The younger sister of Landon Barker wrote, "That was completely me. She lied. I control my Instagram. I'm of age."

Bella Hadid Ripped by Israel for Participating in Pro-Palestine Protest