'The Suite Life on Deck' alum is photographed with her son when going for a walk with her mother in Los Angeles, one month after welcoming her first child with the 'Home Alone' star.

AceShowbiz - Brenda Song has been seen with her son in public for the first time, one month after she became a mom. The actress was spotted with her newborn baby boy in Los Angeles on Wednesday, April 5.

In photos obtained by Daily Mail, the 33-year-old was taking her baby while going for a walk with her mother Mai Song. Wearing an oversized gray-and-white plaid blouse teamed with soft beige linen trousers, she held her son close to her chest in a leopard print carrier.

The London Tipton on Disney Channel's comedy series "The Suite Life of Zack & Cody" and its spin-off "The Suite Life on Deck" completed her look with a pair of Golden Goose trainers and a black purse hung from her shoulder, while she protected her face from the sunlight with a black round hat and shades.

Both Brenda and her mother went maskless for the outing, but they had a blue face mask each on their hand in case they needed to wear it. The girlfriend of Macaulay Culkin also shielded her son from the sunlight with a colorful plaid hat. 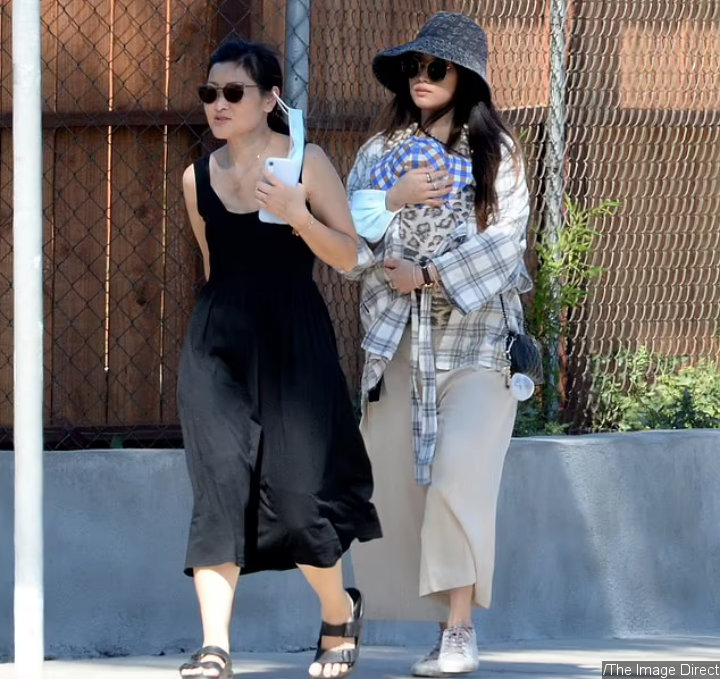 Brenda Song was spotted with her baby boy Dakota for the first time in Los Angeles.

Brenda and Macaulay welcomed their first child on April 5. The couple shared the news in a feature piece published by Esquire on April 12. The baby, whom they named Dakota Song Culkin, weighed 6 pounds and 14 ounces at the time of his birth.

To the magazine, the "Home Alone" star revealed that he picked Dakota as his baby boy's moniker in honor of his late sister. She passed away at the age of 29 after stepping in front of a moving vehicle outside a west Los Angeles bar in 2008.

In February 2020, the "Richie Rich" actor expressed his desire to start a family with the former Disney Channel star. "We practice a lot," he told Esquire at that time. "We're figuring it out, making the timing work. Because nothing turns you on more than when your lady comes into the room and says, 'Honey, I'm ovulating.' "