In addition to shaving his head bald for the role of Gorr the God Butcher, the Academy Award-winning actor appears to have shed some pounds to play the villain in the upcoming Marvel movie.

AceShowbiz - Christian Bale has gotten a major makeover for his role in "Thor: Love and Thunder". The actor, who is tapped to play Gorr the God Butcher in the upcoming superhero flick, has been spotted with a dramatic bald head.

The British thesp, who has been in Sydney, Australia to film the Marvel movie, was not pictured on the set though. He was captured on paparazzi camera while enjoying a family friendly event at Palm Beach, an idyllic beach town an hour north of the city.

Aside from trading his chestnut tresses with his shaved head, Bale appeared to have shed some pounds for the role as he looks skinnier than before. As for his style during the outing, the 47-year-old opted to go casual in a black T-shirt with matching cargo pants and a checkered shirt. He completed the look with a pair of black canvas slip-on shoes and dark sunglasses. 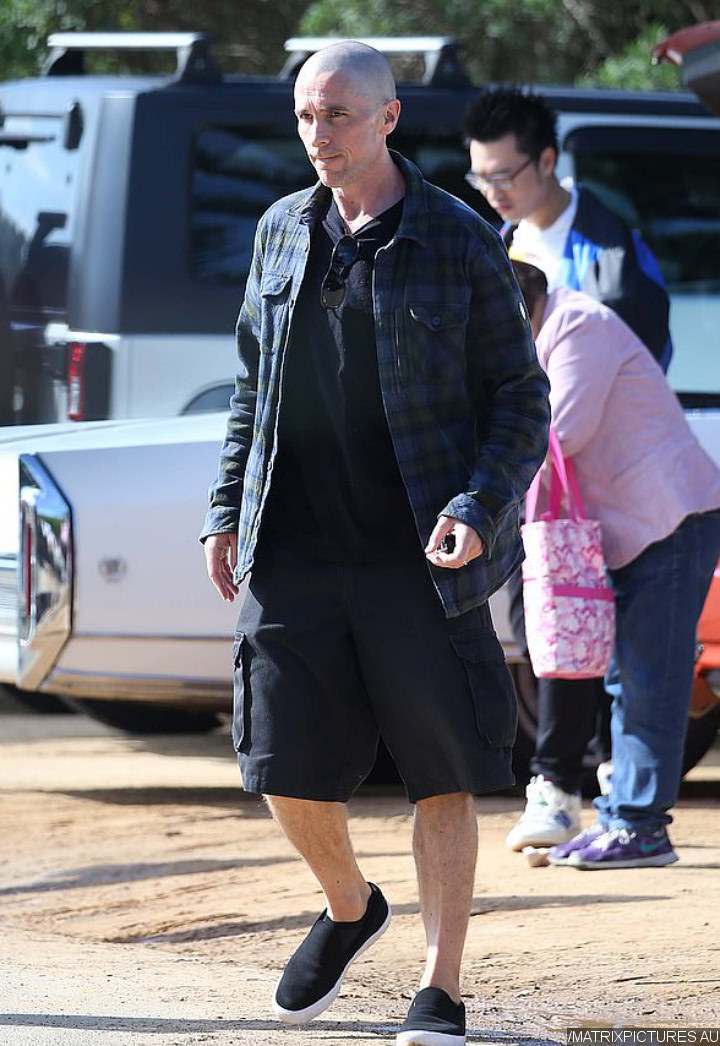 He was joined by his wife Sibi Blazic, holding hands together as they strolled through the car park. She dressed warmly in a black puffer jacket teamed with a pair of body-hugging black tights. She also wore a pair of round sunglasses and black joggers while letting her brunette hair down.

Bale's casting in "Thor: Love and Thunder" was confirmed by returning cast member Tessa Thompson in March, following weeks of speculation. "Christian Bale is going to play our villain, which is going to be fantastic," the Valkyrie depicter gushed at the time.

The upcoming fourth installment of the "Thor" film series has Taika Waititi back at the helm, with Chris Hemsworth reprising his role as the title character a.k.a. God of Thunder. Natalie Portman returns as Jane Foster, who will make her debut as Mighty Thor, after being sidelined in "Thor: Ragnarok", while Jaimie Alexander is set to reprise her role as Sif.

Other MCU stars who have been spotted on the set include Chris Pratt, Pom Klementieff, Karen Gillan and Sean Gunn, with Matt Damon, Sam Neill, Luke Hemsworth, Melissa McCarthy and Russell Crowe reportedly billed to make cameo appearance. The movie is slated to arrive on May 6, 2022 in the United States.

Meanwhile, in another behind-the-scenes moment, Hemsworth recently shared on his Instagram page a picture of him with Waititi and Damon, whose pose may remind fans of cover art for pop group's album. "Album drops next week #getreadyworld," he jokingly announced in the caption.