The YouTube personality reveals he is 'in the most excruciating pain ever' since he broke his back in a 'severe' car accident with his friend, Daniel Lucas.

AceShowbiz - Jeffree Star has been discharged from hospital following a "severe" car accident. As he continued his recovery at home, the YouTube personality divulged he has to wear a "crazy brace" for several months ahead.

Making use of Instagram Story on Saturday, April 17, the 35-year-old star shared a video of him sitting in a wheelchair next to bedridden David Lucas. "I leave the hospital today, I have to wear this crazy brace for a few months," he divulged.

"And my back is really broke," the beauty guru went on, adding that he was about to leave the hospital. "My vertebrae, three of them are not attached right now. And I am in the most excruciating pain ever."

Jeffree's friend David, who was also involved in the collision, remains hospitalized. "I have some internal issues due to the colon cancer that I had," David pointed out. "There's some internal bleeding, some holes going on that shouldn't be going on...so it's a bummer." 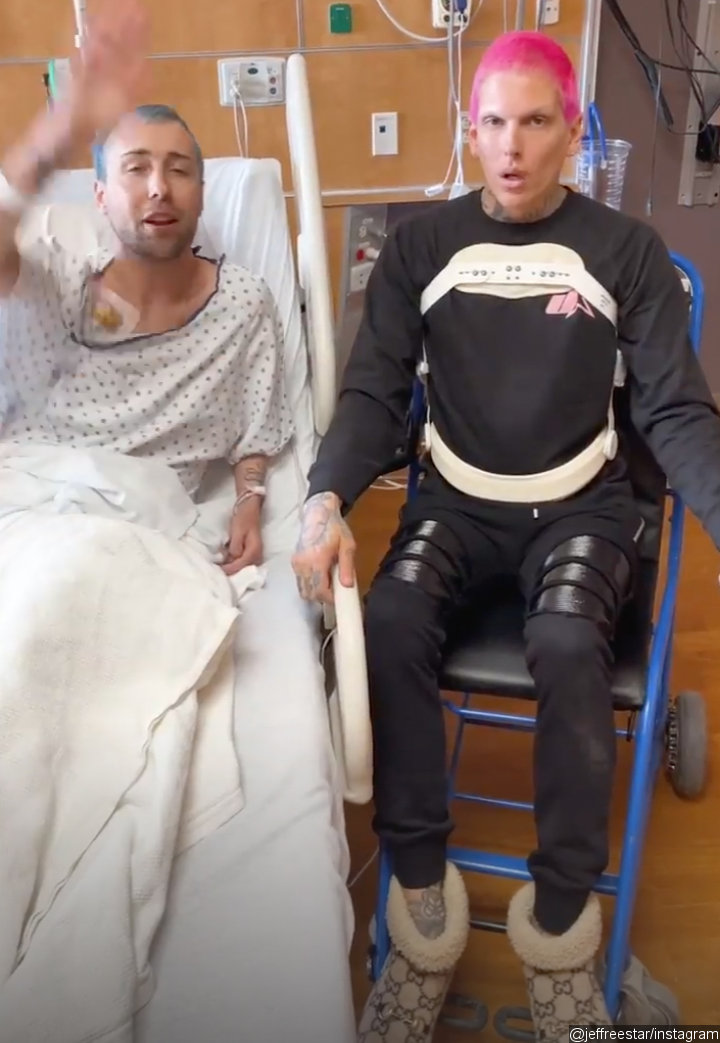 Jeffree Star gave an update on his condition after a 'severe' car crash.

The makeup influencer then turned to Twitter to unveil some photos of his damaged vehicle. "This was hard but I had to go see my car today. Thank God a #RollsRoyce is built with highly reinforced steel because it saved our lives. Time to heal and let my body repair," he penned alongside the snaps. 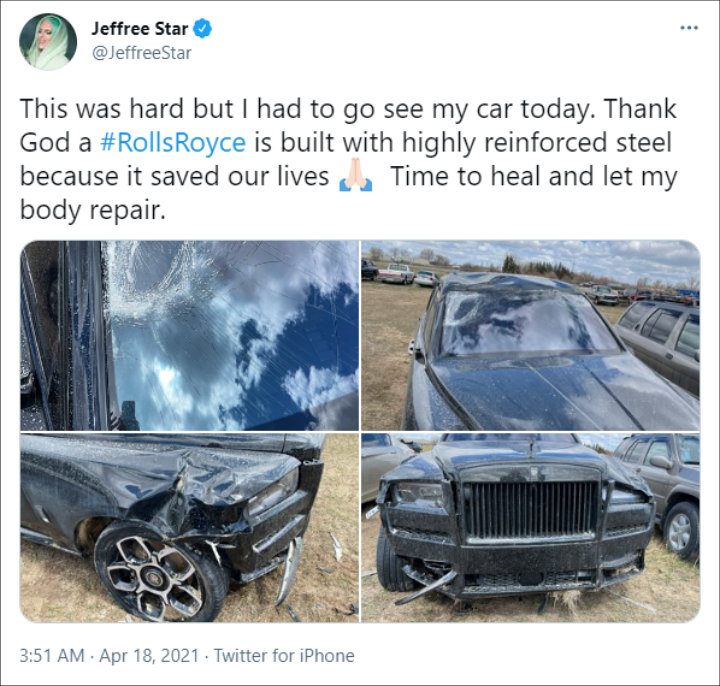 Jeffree and David's accident took place in Wyoming around 8.30 A.M. on Friday, April 16. Wyoming Highway Patrol Sergeant Jeremy Beck reported that he and Daniel were wearing seatbelts as the former drove the car. He suggested that drugs and alcohol were not the cause of the crash.

Revealing the shocking news was Jeffree's Twitter account. The message read, "A few hours ago Jeffree and Daniel were in a severe car accident and the car flipped 3 times after hitting black ice. We will update you all when the doctor gives us more info. So thankful they are both alive."