'The Real Housewives Of Beverly Hills' star reveals she suffered second-degree burns all over her face from an accident back in December and is still healing.

AceShowbiz - Brandi Glanville has gone to the extreme to fight back a tabloid for attacking her look. Upon learning that she was dubbed "unrecognizable" by the news outlet, "The Real Housewives Of Beverly Hills" star took to social media to post a graphic photo of her burned face.

The 48-year-old shared the picture at question on Twitter on Thursday, March 25. In the accompanying message, she explained, "So this happened to me in December 2nd degree burns all over my face from an accident with a psoriasis light I am still healing & really didn't want to share these photos but since @DailyMail is attacking my looks her is the 411." 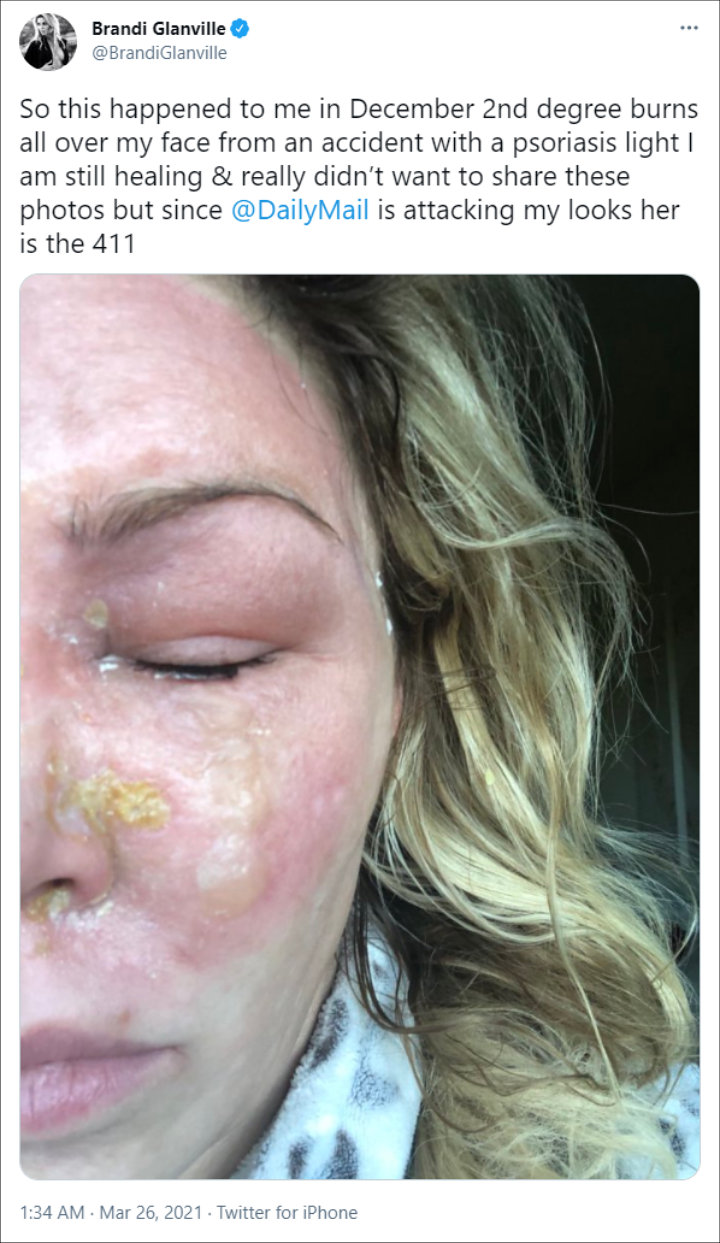 Brandi Glanville shared a graphic photo of her burned face.

After a fan sent her well-wishes in the reply section, Brandi revealed, "Honestly it's not something I want it out there or I wanted to share at all and it was so depressing." She then added, "I just feel like I have to defend myself I'm still healing."

"I'm OK but you know it happened in December I'm still swollen and having people attack my looks just makes me feel like I never wanna leave my house and I just want to cry," the ex-wife of Eddie Cibrian confessed. "My retinas were burned my eyelashes burned off I couldn't open my eyes three days the light was so painful." 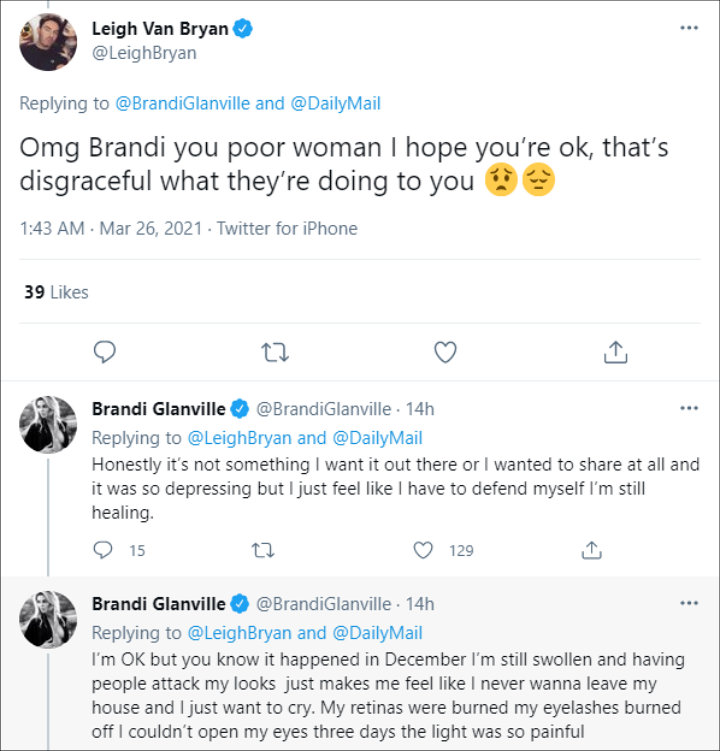 Brandi went on to detail, "It was an accident obviously my doctor told me to hold the light over my face for 17.3 what I thought were minutes but it was seconds completely my fault." She continued, "It was suppose to help the psoriasis that was overtaking my face from stress." 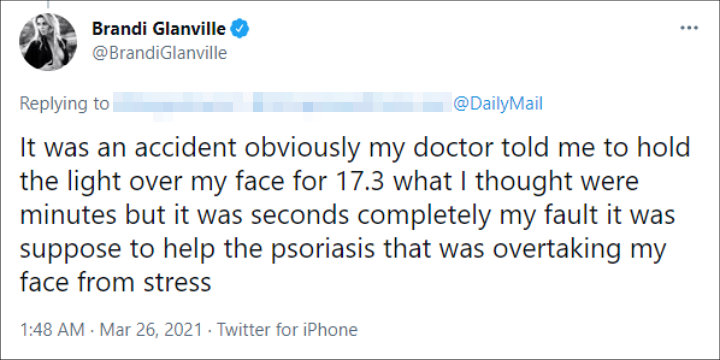 Brandi Glanville admitted that the accident was completely her fault.

Brandi's explanation came after Daily Mail suggested that she might have plastic surgery after "looking" unrecognizable in an interview with Australia's "The Morning Show". On the breakfast show itself, she promoted her podcast called "Brandi Glanville Unfiltered".

"My podcast is going on ten years now, so it's been around for a long time," the TV personality told hosts Larry Emdur and Kylie Gillies. "I just love doing it, I love telling people to eff off, telling people my opinions. I just love being who I truly am and not apologising for things."