The Fat Amy depicter in 'Pitch Perfect' film series reveals on her Instagram page that she 'was cycling great' just 20 minutes before the accident took place.

AceShowbiz - Rebel Wilson has someone to blame for her recent injury. Revealing that she has gotten involved in a road accident while cycling in London, the actress portraying Fat Amy in the "Pitch Perfect" film series took to social media to call out those who unleashed their dogs.

On Monday, March 22, the 41-year-old star shared on Instagram Story a picture of a big bag of ice being placed on top of her left foot. In the caption, she complained, "F**k people who don't have their dogs on the lead and let them run onto the road!!" 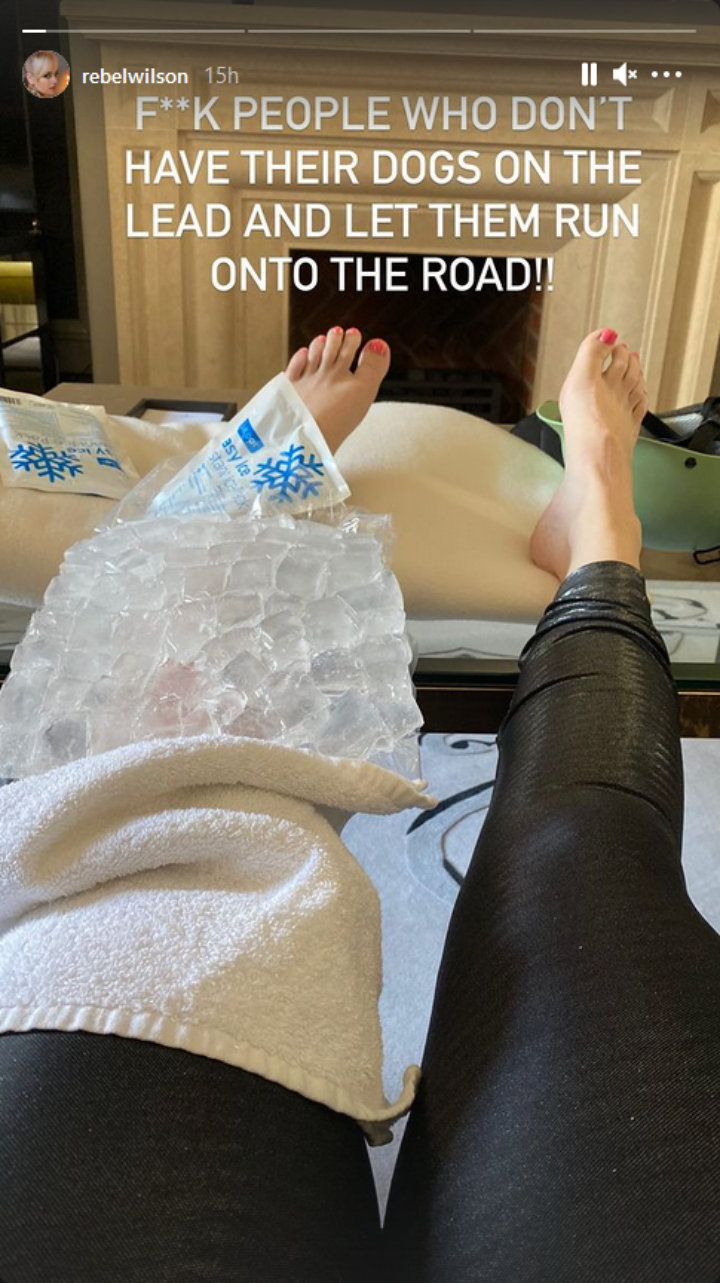 Rebel followed it up with a video of her riding a bike through London streets. In the clip, she could be seen wearing a black face mask, a light green helmet and a black jacket. Over the particular video post, she wrote, "But 20 minutes earlier before the accident I was cycling great!!" 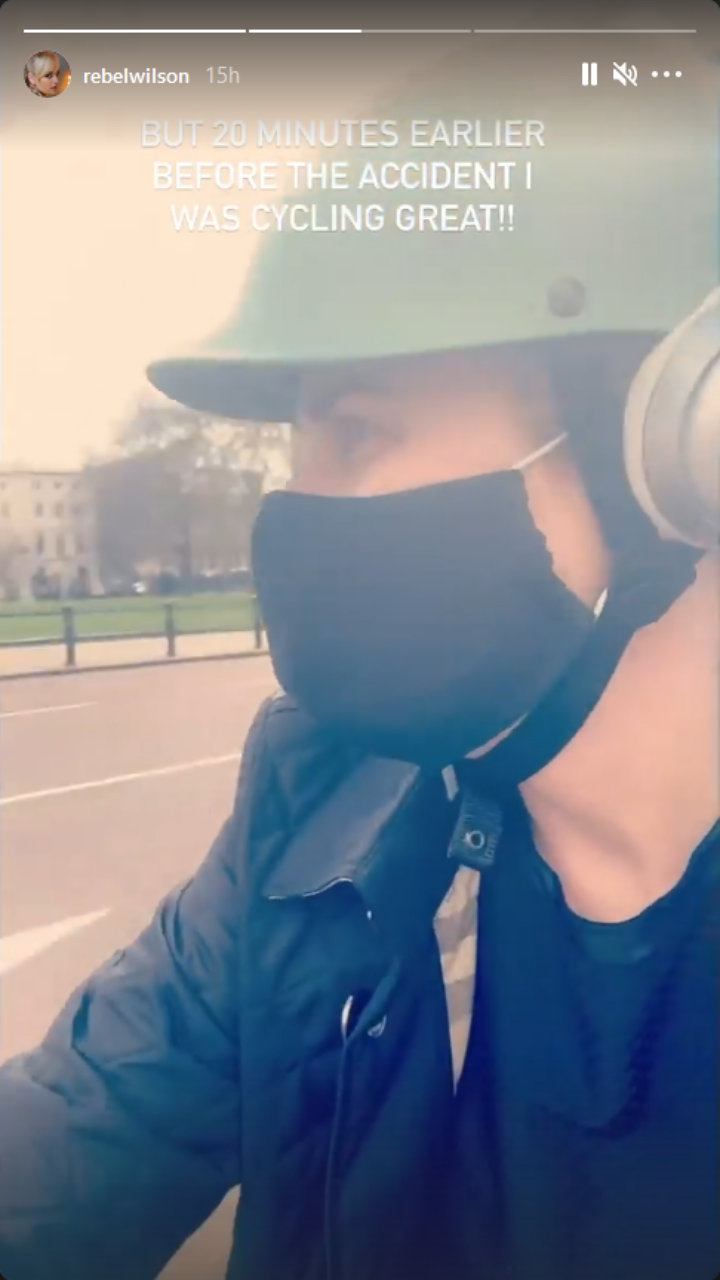 Rebel Wilson shared a clip of her cycling through London streets.

This was not the first time the Penny Rust of "The Hustle" got herself injured. In November 2020, she had a "massive incident" while having an impromptu beach photo shoot with some friends in Mexico. "We're here in Mexico, we were taking hot photos out at that beach out there," she first divulged when recalling the accident on Instagram Story.

"Unfortunately, while we were doing that, Nicole's handbag washed into the ocean. It had her passport in it, which she's currently drying," the comedienne said of her pal. "And I was like, 'I'll get it!' because we have to fly today and then I got pretty banged up."

Rebel went on to show an ice pack that she held against her chest and offered a look at her injured leg. "Basically, my left boob took most the impact, and it is going to be very swollen and bruised, and this whole scrape down my stomach when I went into the rock," she explained.

"So guys, warning, when you're taking hot photos just be careful because the waves can get you," the Australian native jokingly concluded. "Be ocean safe... Don't let your health and safety get destroyed because honestly, my boob is already big and it's going to be very swollen after this."