The Tesla and SpaceX founder shares a picture of him, his girlfriend Grimes as well as their 10-month-old son X in a town along the Gulf Coast of Texas where he wants to create a new city.

AceShowbiz - Elon Musk has treated his fans to a rare family portrait. Taking to social media, the Tesla and SpaceX founder shared a picture of himself, his girlfriend Grimes and their 10-month-old son X Æ A-Xii when visiting his dream city called "Starbase."

The 49-year-old posted the snap on Twitter on Monday, March 8. In the image, he could be seen holding his baby boy while the tot was putting his hands in some flowers. Meanwhile, his baby mama sat next to him as they both kept a watchful eye on their baby. In the caption, he simply noted, "Starbase, Texas." 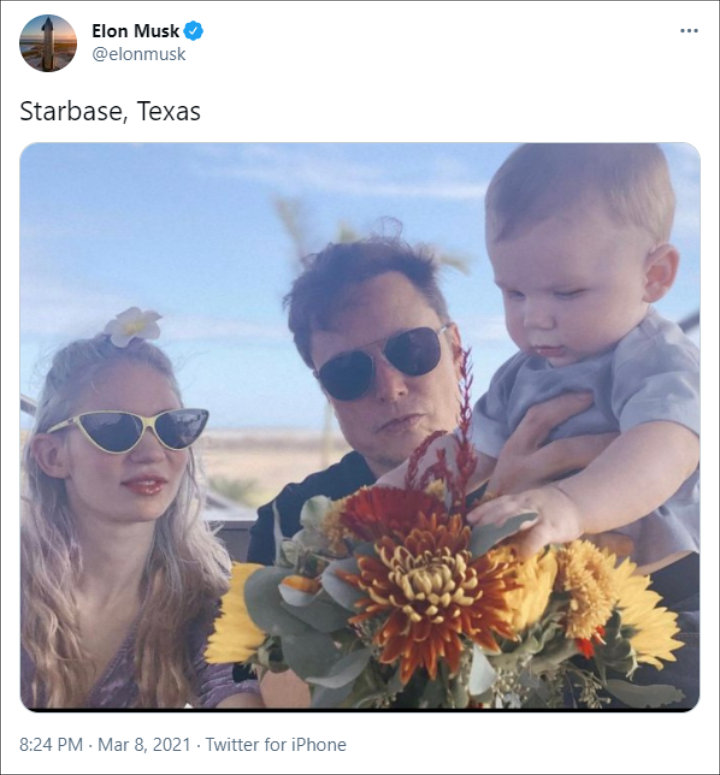 Earlier in March, Elon informed his followers that he is on his way to build the town along the Gulf Coast of Texas. "Creating the city of Starbase, Texas," he tweeted, before adding in a following tweet, "From thence to Mars, And hence the Stars."

The last time Elon offered a look at his baby was in early February. Making use of Twitter, he put out a photo where he was on a phone call while the tot was sitting on his lap and pulling his T-shirt. "The Second Last Kingdom," so read the accompaniment of the shot. 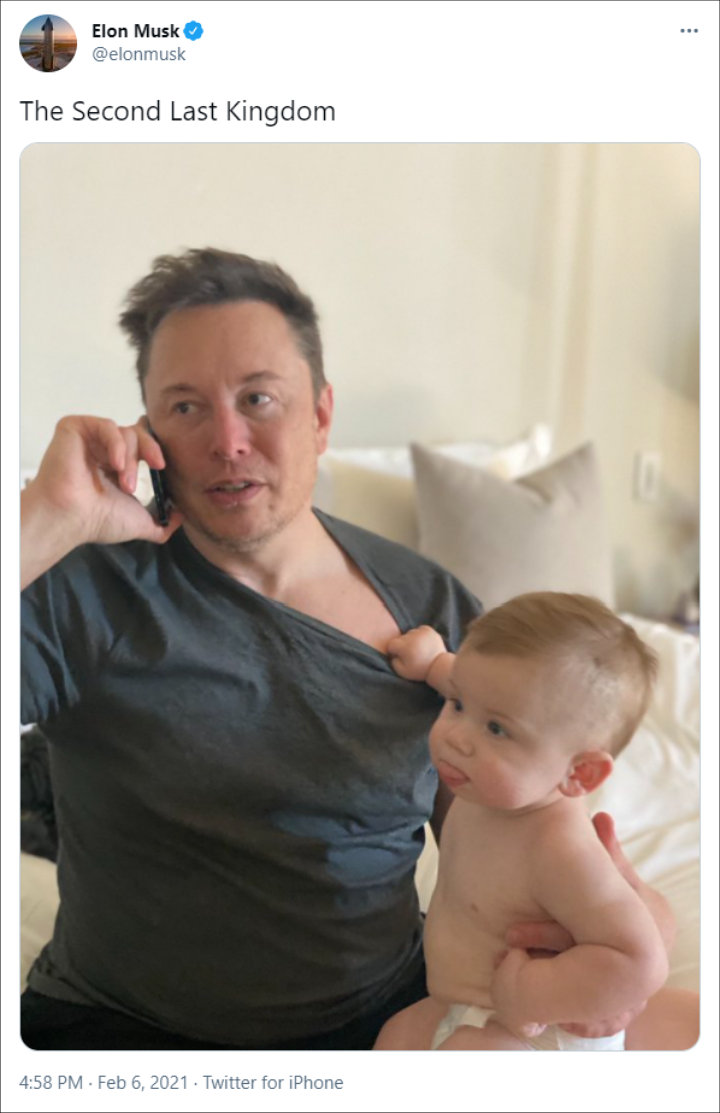 Elon Musk posted a picture of him with his baby boy.

Elon and Grimes welcomed X on May 4, 2020. Later in July, he got candid about their parenting journey. "Well, babies are just eating and pooping machines, you know? Right now there's not much I can do. Grimes has a much bigger role than me right now," he stated when speaking with The New York Times.

"When the kid gets older, there will be more of a role for me," the tech mogul went on. "I think just doing what I've done with my other kids. If I have a trip for Tesla to China, for example, I'll bring the kids with me and we'll go see the Great Wall or we took the bullet train from Beijing to Xian and saw the Terracotta Warriors."

In late January 2021, Elon's girlfriend revealed that she gave their child's new haircut which was inspired by Netflix's "The Last Kingdom". Turning to her Instagram Story, she let out a picture of the baby rocking a new hairstyle as he played with toys in the bathtub. She captioned it, "not sure this haircut went well but he's Viking now."