When sharing the happy news via social media, the founder of Tesla and Space X assures that his 32-year-old singer girlfriend and their newborn baby are 'all good'.

The 32-year-old, real name Claire Boucher, welcomed the baby on Monday, May 04.

Her boyfriend, the founder of Tesla and Space X, announced the baby was "a few hours away" via Twitter and returned to the social media site to reveal "mom & baby (are) all good." 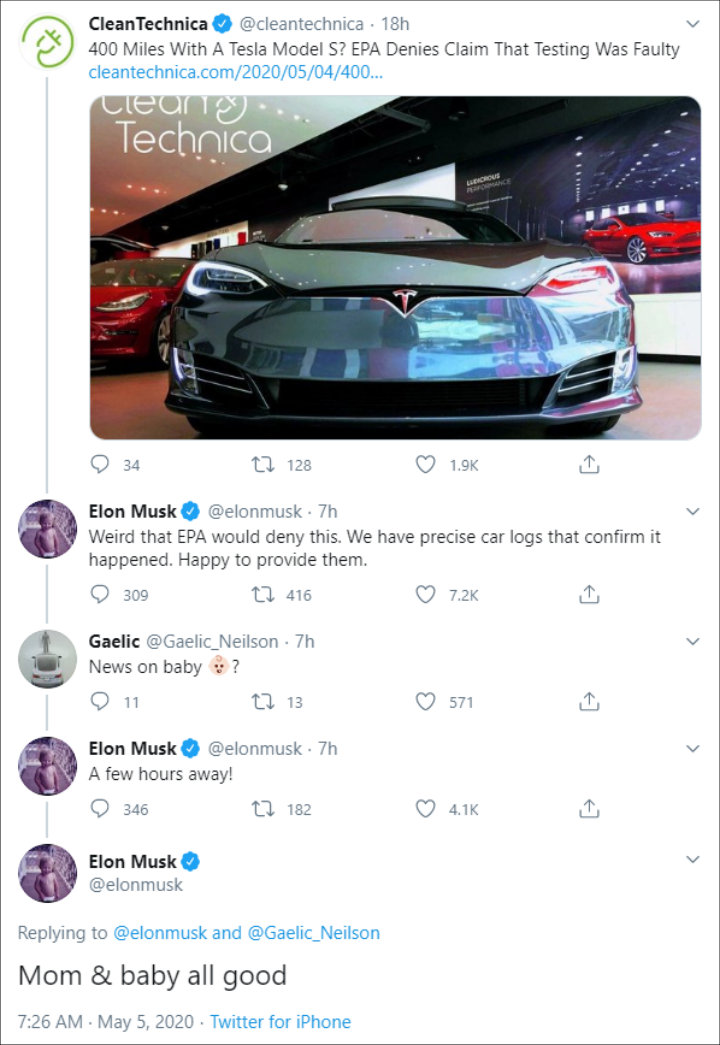 This is the first child for Grimes, but Elon, 48, is also dad to five children from his marriage to Canadian author Justine Wilson.

Back in March, Boucher revealed she had given up her strict vegan diet after 20 years and was craving cow's milk and butter while pregnant.

In a video for Harper's Bazaar, she confessed, "Lately the one pregnancy craving I have is just a glass of milk. Which is so weird because I haven't had a glass of milk in probably 20 years, but lately I've just been having a glass of milk. Just cow's milk. It's probably become clear I'm not vegan during this time."

Grimes Tests Positive for Covid-19, Says She 'Weirdly' Enjoys It