The new biopic, which will be helmed by 'Waiting for Anya' director Ben Cookson, will chronicle the British actor's rise from his rough childhood to his life as an actor and lothario.

AceShowbiz - Actor Alex Pettyfer is stepping into the shoes of British actor and tough guy John Bindon for a new biopic.

The "Magic Mike" star has been tapped to lead "The Chelsea Cowboy", which will chronicle Bindon's rise from his rough childhood to his life as an actor and lothario, who enjoyed romances with former Playboy model Serena Williams and actress/model Vicki Hodge, as well as an alleged dalliance with Princess Margaret at her Caribbean retreat.

The "Get Carter" hardman was also famously hired to provide security for rockers Led Zeppelin on their U.S. tour in 1977, but he was fired for fighting backstage, and just a year later, his ties to the criminal underground led to his 1978 trial for the murder of London gangster Johnny Darke.

He was acquitted after claiming self-defense, but the legal drama damaged his reputation as an actor and he became a recluse, before dying from cancer in 1993, aged 50.

"Waiting for Anya" director Ben Cookson will shoot the project, which has been written by Leon Butler.

In a statement to Deadline, Cookson said, "I am delighted to have Alex onboard and more than excited to see what he brings to the role of John Bindon - a complex, artistic yet brutal, loveable-rogue who charmed paupers and princesses alike in London's vibrant sixties and seventies."

Pettyfer himself has shared his excitement over his casting through an Instagram post. Sharing a screenshot of Deadline's report on his involvement, the 30-year-old wrote in the caption, "Very Excited to be filming this one later this year back in [Great Britain] I can promise you all this one is gonna be a wild ride!!! Check out my stories to read the full article."

Production is set to begin in September 2021. 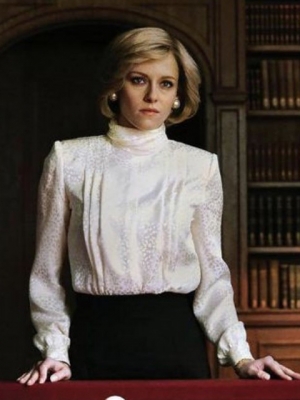