Having had a vast collection of Hermes Birkin bags, the Kylie Cosmetics owner reveals that she has managed to score the luxury black pebble sandals from Brooklyn startup MSCHF.

The beauty mogul took to her Instagram Story to show off the luxury black pebble sandals, which were recycled from the material of old Hermes Birkin bags by Brooklyn startup MSCHF, who are known for their viral products.

Alongside a photo of her sought-after sandals, Kylie wrote, "thanks @mschf (sic)" 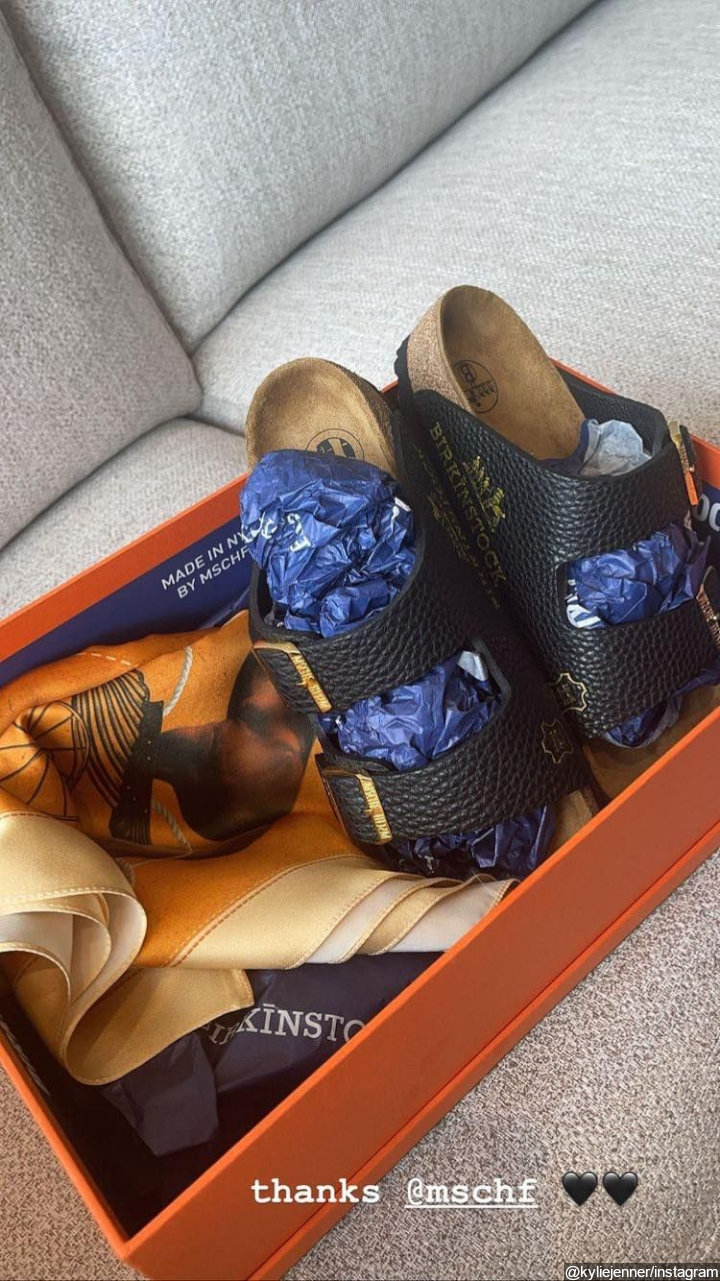 MSCHF described the unique footwear as a "transubstantiation", telling the New York Post, "Historically we make luxury objects out of inherently valuable materials."

"We can look to the Birkin bag itself as the new luxury raw material par excellence. Birkinstocks, though, are no collaboration; perhaps we might more properly call them a transubstantiation."

The Kylie Cosmetics owner - who has three-year-old daughter Stormi with rapper Travis Scott (II) - has a vast collection of Hermes Birkin bags and previously shared that her mini pink Birkin her sister Kourtney Kardashian gave her, is one of her favourites and she plans to hand it down to her little girl one day.