The Phoenix Suns player also takes to his own Instagram Story to share a clip of the 'Keeping Up with the Kardashians' star playing around with a dog as he tags her with a yellow heart emoji.

AceShowbiz - Kendall Jenner has made sure that this year's Valentine's Day was one to remember. Having been rumored to be dating Devin Booker for almost a year, the "Keeping Up with the Kardashians" star finally made their relationship Instagram official.

On Sunday, February 14, the 25-year-old beauty posted on her Story feed a picture of her and her athlete boyfriend. In the snap, she was seen laying on a kitchen island next to a sink with the NBA star resting his head on her chest. The model covered part of her face, but could clearly be seen smiling ear-to ear.

For the outfit, the daughter of Kris Jenner looked comfortable in a light tan long-sleeved sweater. Her athlete beau, on the other hand, opted to go with a plain white T-shirt and a trucker cap. He completed his look with a golden watch. On the right top of the social media post, she put out one white heart emoji. 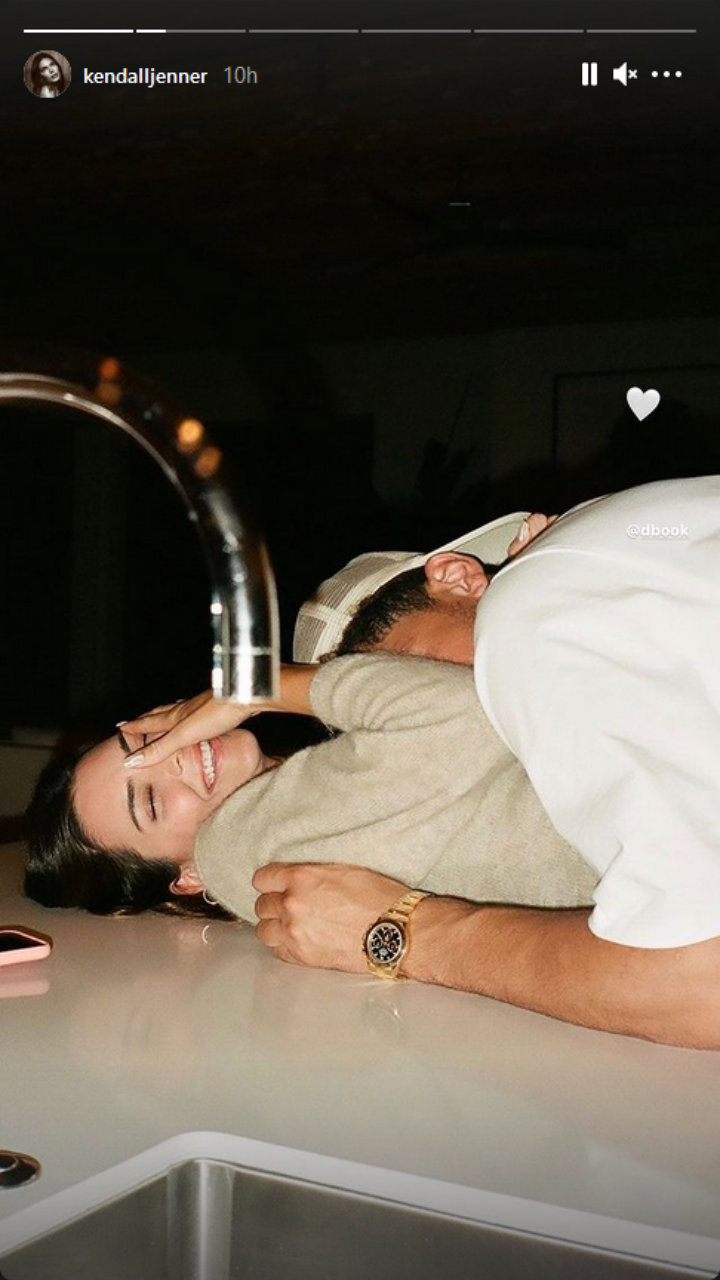 Hours after Kendall made public their romance, Devin took to his own Instagram Story to upload a clip of her playing around with a dog while a scenic view could be seen in the backround. In the accompanying message, he simply tagged his girlfriend and gave a yellow heart emoji. He followed it up with a black-and-white photo of the two cuddling on the grass. 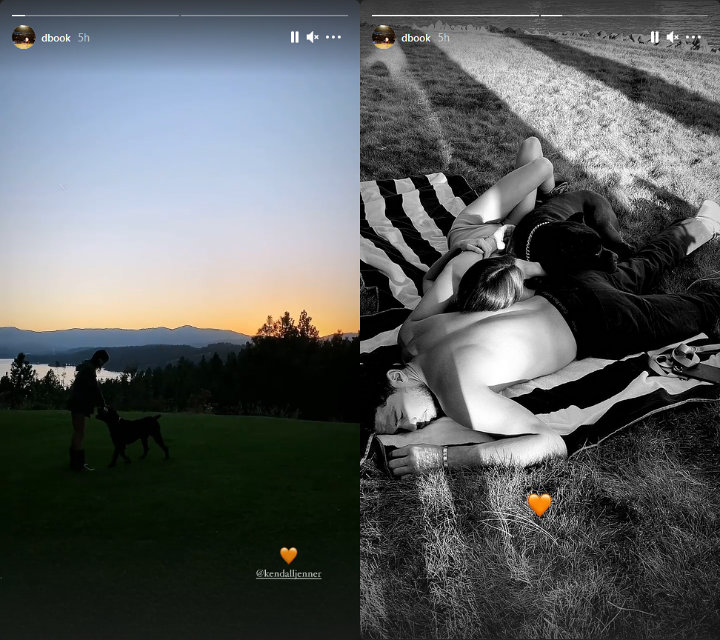 Devin Booker shared a picture and a clip of him and Kendall Jenner spending time together.

Devin's sweet posts came more than three weeks after he was caught gushing over Kendall's sexy bikini pictures. Reposting some images that saw his girlfriend sunbathing in a beaded bikini during a recent trip to Mexico, he raved, "Whew", adding a panting emoji.

The Phoenix Suns player and the reality star sparked romance rumors in April 2020 when they were spotted on a road trip to Sedona, Arizona. However, a source told TMZ at that time that they were only friends.

"Kendall and friends have a small social circle amongst the group, who have been following the same social distancing and physical distancing guidelines," the source pointed out. "Devin is a friend and is part of the small group. They took a road trip for some much-needed air."

However, the then-rumored couple added further fuel to their dating speculations after they were caught on camera spending time together on several occasions. In September the same year, the lovebirds were seen stepping out together for dinner at Soho House in Malibu, California.

Before being an item with Kendall, Devin was linked to Kylie Jenner's former best friend Jordyn Woods. As for Kendall, she was dating other basketball players Ben Simmons and Blake Griffin.