While the 'My Heart Will Go On' hitmaker struggles to contain her pride, her son with late husband Rene Angelil admits he kept his venture into music industry on the low from her.

AceShowbiz - Celine Dion struggled to contain her pride as she promoted her son Rene-Charles Angelil's new music on Instagram on Thursday, January 28.

While the 20-year-old first ventured into the music industry in 2018, he dropped a new EP titled "Casino.5" on Apple Music earlier this month, with Celine quick to express her excitement about her first-born's talents.

Sharing a link to the five-song EP, Celine wrote, "I'm so proud of my son. My love for him is so strong, and it touches me so deeply, that hone of his passions is also one of mine. TVEC - Mom xx". 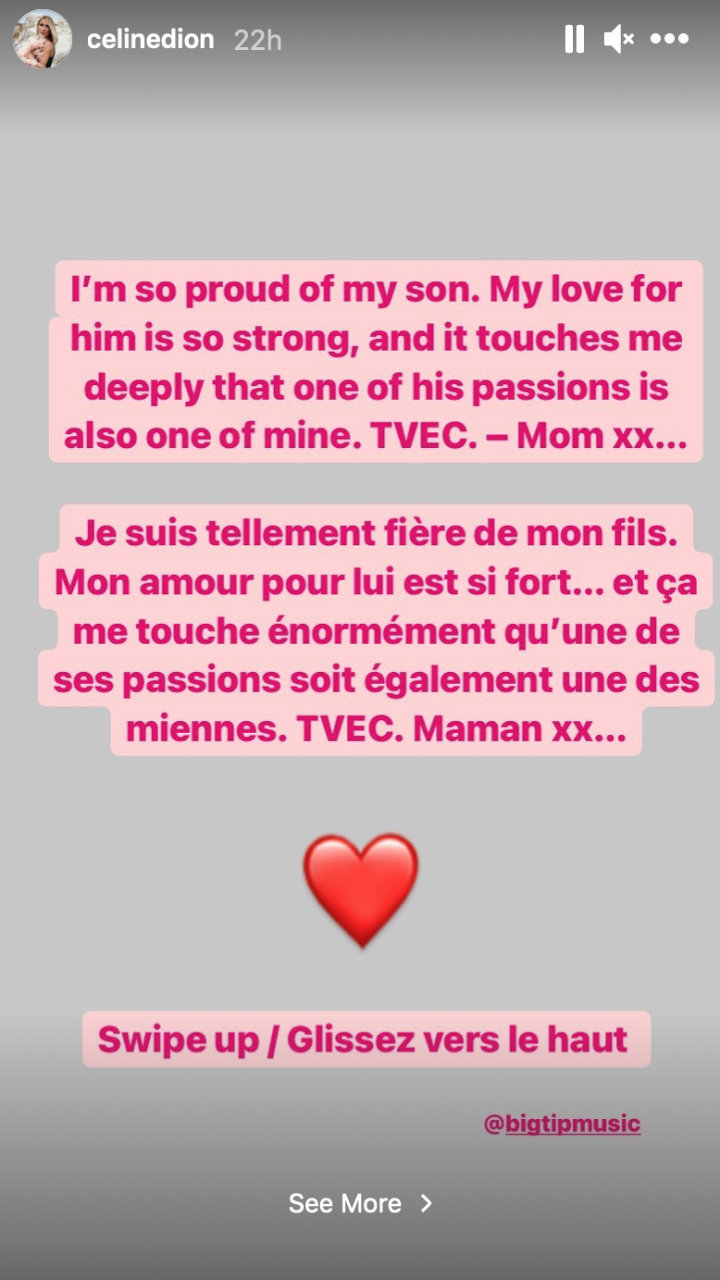 Rene-Charles - the son of Celine and her late husband Rene Angelil - enjoyed success in his native Canada with his 2018 offerings, "Catwalks" and "Loft Music", which entered the Canadian SoundCloud R&B charts in first and second position.

But in an interview with the Montreal Gazette at the time, Rene-Charles admitted he hadn't told Celine about his music career until after he'd released the tunes.

"I just felt like keeping it on the low," he explained. "But she loved it. She was just kind of stunned at first, because she'd never heard anything from me. It was kind of a weird conversation: ‘Ma, I'm No. 1 and No. 2 on the charts right now.' She was like: 'Why didn't you tell me first?' But she's very supportive of my passion for this."

Rene-Charles made his hip-hop debut in May 2018, premiering two remixes, "Loft Music" and "Catwalk" which were inspired by fellow Canadian musician The Weeknd's tracks "House of Balloons" and "Sidewalks", respectively. His debut was well received - within 24 hours, Rene-Charles' remixes had reached the top spots on SoundCloud Canada's Hot & New chart for R&B & Soul.