The 'Southern Charm' star, who shares 8-year-old son Hudson with Josh Hughes, gives a glimpse of him on social media after releasing Jay's alleged texts.

AceShowbiz - Madison LeCroy is showing off the bond she has with Josh Hughes in the midst of Jay Cutler drama. Just days after releasing the former NFL player's alleged texts via social media, the "Southern Charm" star revealed that she still has a good relationship with her ex-husband despite their split.

The reality TV star, who shares 8-year-old son Hudson with Josh, took to Instagram Story on Wednesday, January 27 to share a clip of him sitting in his styling chair while getting a haircut. In the accompanying message, she simply wrote, "When your ex-husband still trusts you with their hair." 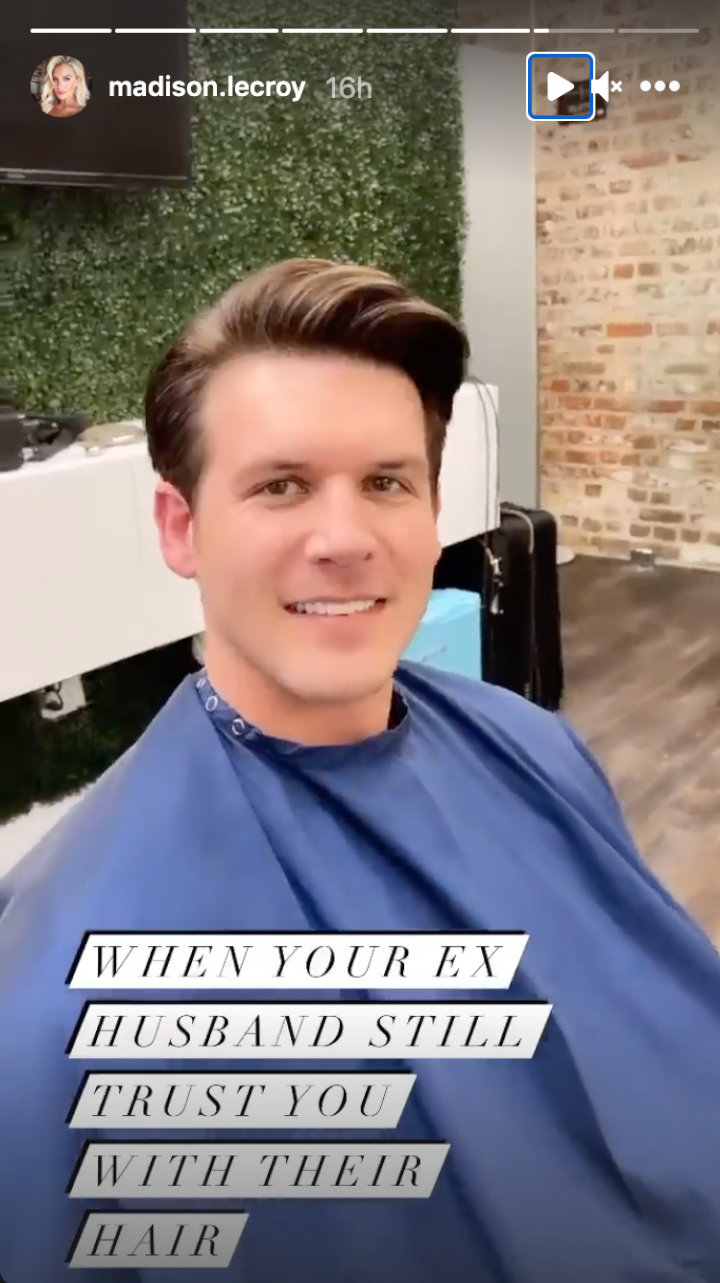 Madison LeCroy showed off her bond with ex-husband Josh Hughes.

This social media post came days after Madison released screenshots of the text messages Jay allegedly sent her. In the texts, she could be seen asking the former NFL star, "What were you coming here for? Cause you didn't tell me anything." Responding to her question, the estranged husband of Kristin Cavallari replied, "To hang out with u... Do you want to hang out next weekend?"

Madison went on to elaborate, "I've never said anything about Kristin nor would I. I came into this honestly with good intentions. I want no part of being involved in a payback or drama. But you initiated and pursued." Over the particular post, she penned, "I kept my mouth shut until I get called a liar."

To further strengthen her claims, Madison additionally uploaded a selfie of herself with the retired professional football player. On top of this Sunday, January 24 post, she noted, "Too bad it didn't work out."

Madison came out with the private chats after Jay sparked reconciliation rumors with Kristin. On Friday, January 22, the exes posted on their respective Instagram accounts similar pictures of them posing together. They captioned the identical posts, "The world is full of users. 10 years. Can't break that."

Aside from Jay drama, Madison has been caught in other rumors that saw her being accused of being a homewrecker. Her "Southern Charm" co-star Craig Conover alleged that she slept with a married former MLB player while she was dating co-star and former boyfriend Austen Kroll.

Aaron Carter and Fiancee Split Because of 'Betrayal' After Welcoming Son