The shades arrive after Vanderpump, who exited the Bravo reality show back in 2019, accuses her former castmates of being jealous of her success and opportunities.

AceShowbiz - "The Real Housewives of Beverly Hills" stars Kyle Richards and Lisa Rinna are seemingly igniting feud with their former co-star Lisa Vanderpump. The two seemed to shade Vanderpump following her appearance on Dear Media's "The Skinny Confidential Him & Her Podcast" in which she blasted the cast of the Bravo show.

Both Richards and Rinna took to her Instagram Story to share a shady meme in response to Lisa's interview. "Me reading comments made by ex, bitter, disgruntled Housewives," Richards wrote in the post alongside a picture of Leonardo DiCaprio expressing disgust while holding a drink in his hand. 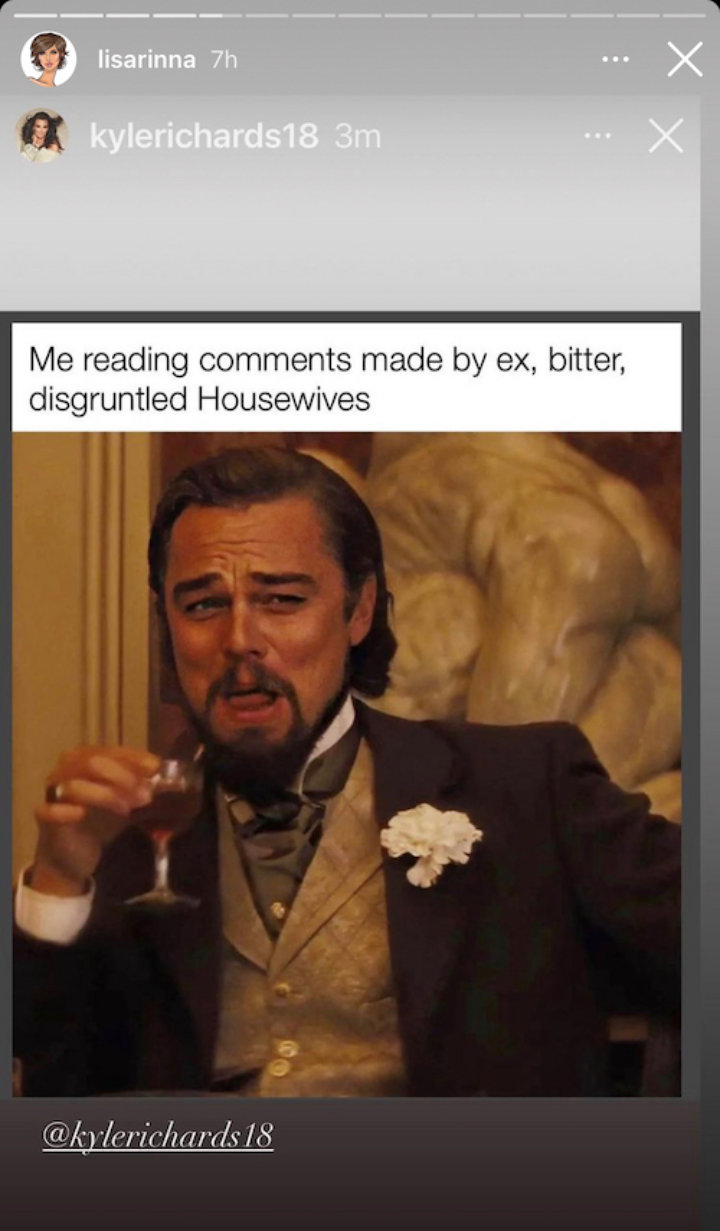 In the said interview, Vanderpump accused her former castmates of being jealous of her success and opportunities. "I had a lot of opportunities that others didn't have. And maybe that did result in some feelings," she said.

She went on explaining, "I mean, I was suddenly on 'Dancing with the Stars', I got my star on the Walk of Fame or 'Vanderpump Rules' was going on. And then I was doing a lot of things politically as well. I was trying to fight for the humane treatment of dogs. I was speaking to Congress… Maybe it did result in feelings."

Vanderpump also slammed the show itself as she claimed that it "lost a bit of its gravitas" after she quit. "A lot of people thought I was the anchor on the show and the narrative in terms of, maybe being somebody that kind of ignited conversation… I'm also somebody that saw things in a very down to earth fashion, just actually brought some kind of, a level really to [it]," she shared.

Later, she addressed Rinna's post about wanting to be portrayed as a nice person. "We saw Lisa Rinna post something saying, 'Oh, can you all please tell Bravo that you want to see us being nice and not having fights?' at the end of last season, but why?" she questioned it. "I would never do anything that I didn't want to do. It's a reality show, but my reality is how I'm going to react. And if you're going to overreact or create something… I don't think I was ever inauthentic."

Lisa Vanderpump's Daughter 'Thrilled' to Be Pregnant With First Child

Lisa Vanderpump Mourns the Death of Her Dog Giggy: 'We Are Devastated'