After wrapping her last ever scenes for the hit reality show, the wife of Kanye West also shared a quick look behind the scenes wherein she and the crew were having a drink in her backyard.

AceShowbiz - Kim Kardashian and her family have celebrated the end of filming on "Keeping Up with the Kardashians" by treating the camera crew to luxury Rolex watches.

Kim previously admitted she was "officially sobbing" as "Keeping Up with the Kardashians" wrapped for good.

Taking a selfie while holding a glass of Champagne, she told her millions of Instagram followers, "Officially sobbing. Grateful for every single second." 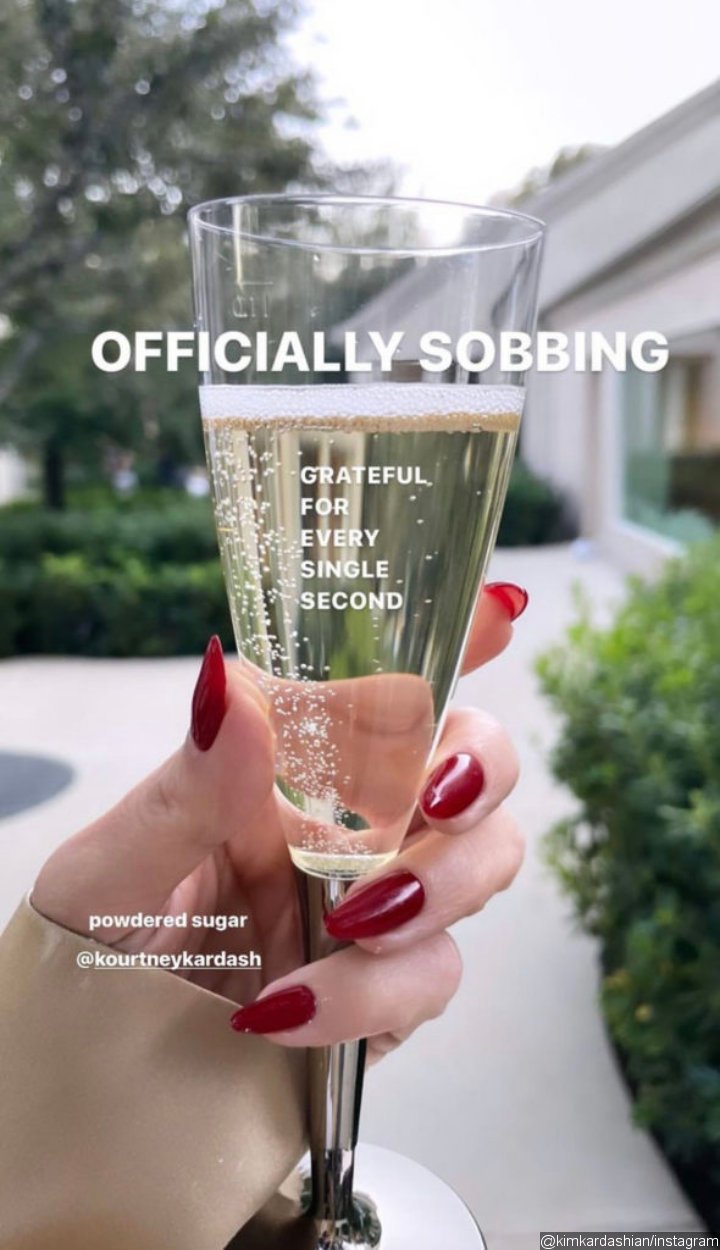 Kim Kardashian shared her thoughts on the end of 'Keeping Up with the Kardashians' filming.

Kim also shared a quick behind-the-scenes video, in which she admitted it was "crazy" that the show was coming to an end.

In the clip, she said, "We just finished filming forever, like ever, ever. We're done, we're never filming again - isn't that so crazy?! So we're having a drink with the crew in my backyard, hanging out. Cheers to - I don't know. 15 years; 20 seasons of craziness and lots of love."

The Kardashian family announced the decision to end the show in September 2020. Kim wrote in a statement at the time, "It is with heavy hearts that we've made the difficult decision as a family to say goodbye to Keeping Up with the Kardashians."

She continued, "After what will be 14 years, 20 seasons, hundreds of episodes and numerous spin-off shows, we are beyond grateful to all of you who've watched us for all of these years - through the good times, the bad times, the happiness, the tears, and the many relationships and children. We'll forever cherish the wonderful memories and countless people we've met along the way."

"Thank you to the thousands of individuals and businesses that have been a part of this experience," she added, "and, most importantly, a very special thank you to Ryan Seacrest for believing in us, E! for being our partner, and our production team at Bunim/Murray, who've spent countless hours documenting our lives."

Fans of the Kardashians won't have to wait too long for the stars to be back onscreen - they have since signed a new deal with Disney officials to launch new projects on their Hulu streaming service.