The former 'Beverly Hills, 90210' actor opens up about his relationship status with the 'Dancing with the Stars' pro, but she wants people to stop asking about her love life during social media Q&A.

AceShowbiz - Brian Austin Green has broken his silence on his relationship with Sharna Burgess. Shortly after the "Dancing with the Stars" pro-dancer told her fans to stop asking about her love life, the "Beverly Hills, 90210" alum assured that "all are going well" between them.

"It's all going really well right now. It's early on so we don't have any labels for anything, obviously," the 47-year-old actor clarified when speaking to Access Hollywood on Saturday, January 9. "But we're really enjoying each other's company."

The ex-husband of Megan Fox went on to gush over his rumored new flame. "She's an amazing woman. She's super responsible, she's super sweet and caring, passionate, fun to be around. I feel blessed right now," he raved.

When asked where he and Sharna met for the first time, Brian explained, "We have the same business manager, and she was like, 'Hey I've got a client that you should meet.' " Admitting that he "begrudgingly" agreed to meet the dancer, he then revealed, "We met and we had great conversation. It's been great so far."

Brian's statement came after Sharna refused to share more details about her "relationship status" on Friday, January 8. When a fan asked her in a Q&A session on Instagram Story, she replied, "Lol. Y'all don't give up on this one. It's almost impossible to fish out real questions amidst ones about my relationship status. I say this with love and kindness. Let it go." 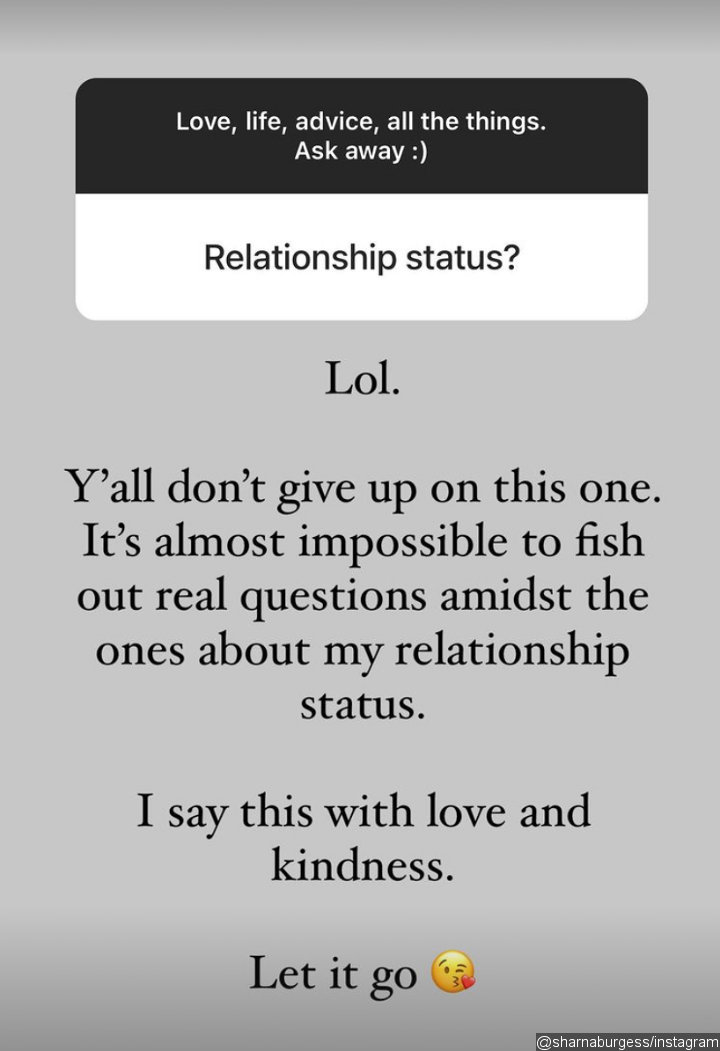 Sharna Burgess told her fans to stop asking about her love life.

Brian and Sharna sparked romance rumors after they were spotted taking a flight to Hawaii together on Christmas Day, December 25. In a clip obtained by Daily Mail, the twosome were seen standing next to each other while waiting in line at a cafe inside Los Angeles International Airport.

Days afterwards, the rumored couple offered their fans a peek at their romantic getaway. Posting a selfie which featured a beautiful beach view in the background, the Sean Healy of "Anger Management" wrote on Instagram, "Aside from my kids nothing reconnects me to life like the sound of the ocean."

His rumored girlfriend, in the meantime, turned to her own Instagram page to put out a snap that saw her enjoying the view of the same beach. "First vacation in a long time, best vacation in a lifetime. Sending you all love. Stay safe and stay healthy. 2021 let's go," she penned in the accompanying message.

Before being linked to Brian, Sharna was rumored to be close to "Selling Sunset" star Jason Oppenheim. As for Brian, the father of four was romantically linked to a number of women, including Courtney Stodden and Tina Louise, after calling it quits with Megan in May.