Meanwhile, Ken Jennings defends Bean Dad a.k.a. his podcast co-host John Roderick amid the backlash over his racist tweets, which resurfaced in the wake of his story about his daughter's struggle to open a can of beans.

AceShowbiz - Bean Dad a.k.a. John Roderick has quickly turned from Internet sensation to Twitter villain in early 2021. The musician, who earned the nickname "Bean Dad" after posting a thread in which he recounted his daughter's struggle for six hours to open a can of beans, has landed in hot water after his old anti-Semitic and homophobic tweets resurfaced.

"Every time I use a word like 'gay' or 'retarted' some gay retard reminds me those words are hurtful," read his tweet posted in March 2011. Another tweet written in October 2013 read, "The 4th has been perverted by activist (Jew) judges and mud-people apologists. The Founders intended USA as white homeland." He further attacked Jewish in another post which read, "Jews ruin everybody's fun." 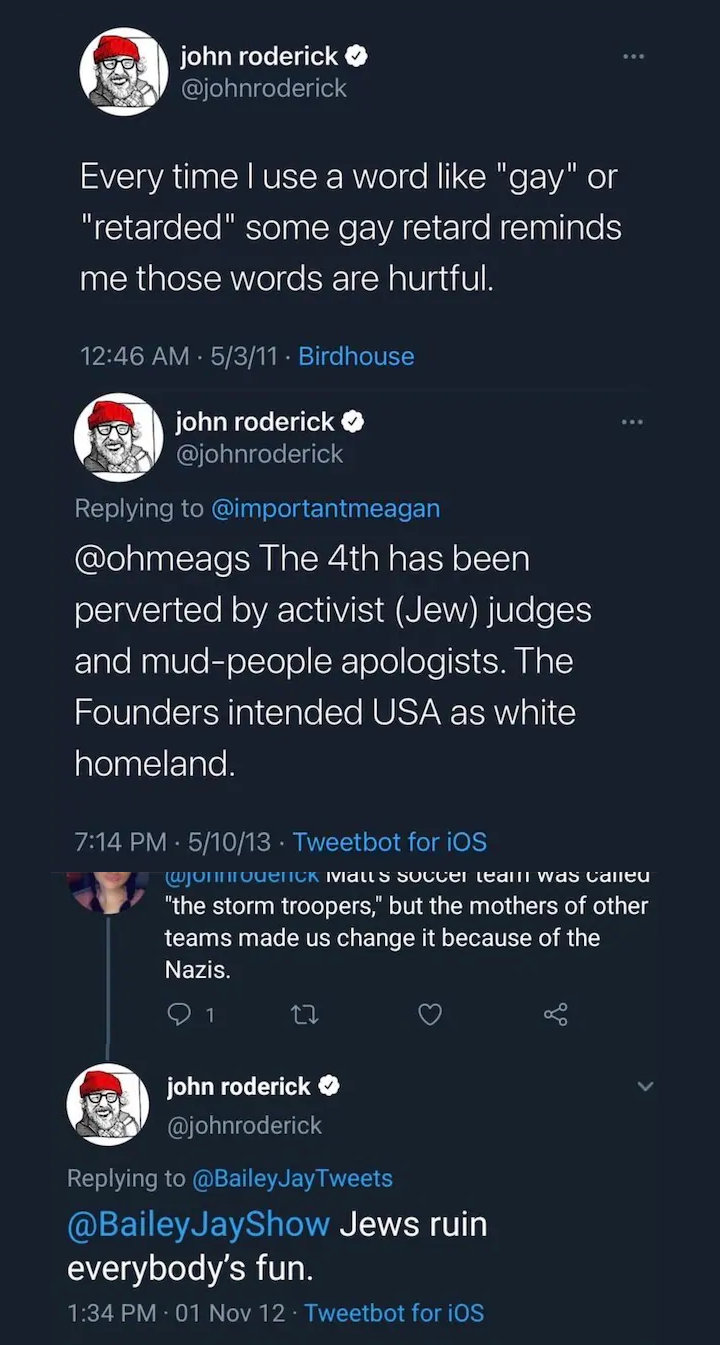 After his old tweets went viral, Twitter users canceled the so-called Bean Dad. "Stepped away to so an interview and we all discovery that the 9 year old’s Dad is also a racist and and anti-semite. Busy Sunday!" journalist Soledad O'Brien reacted.

"Bean dad being cancelled for being a jerk to his daughter and people then finding out he's basically a Nazi is like when they got Capone for tax evasion," another posted on Twitter. Someone else wrote along with screenshots of John's old problematic tweets, "Okay I've just been sent some of the greatest hits of Bean Dad and I'm thinking, parenting aside - maybe he's not that good of a dude? Just throwing that out there."

Meanwhile, "Jeopardy!" champion and John's podcast co-host Ken Jennings has come to his defense. "Extremely jealous and annoyed that my podcast co-host is going to be a dictionary entry and I never will," he initially reacted to John trending on Twitter because of his social media thread about his daughter's struggle to open a can of beans.

After John was accused of being a racist and homophobic, Ken said of his friend, "If this reassures anyone, I personally know John to be (a) a loving and attentive dad who (b) tells heightened-for-effect stories about his own irascibility on like ten podcasts a week. This site is so dumb." 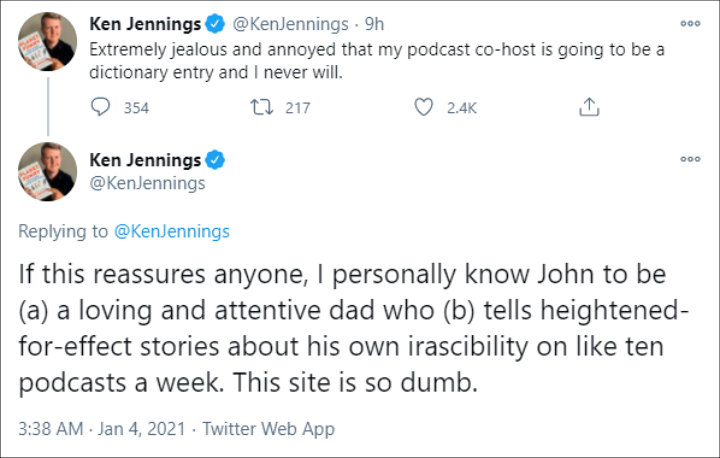 Ken Jennings defended his podcast co-host amid backlash over his old racist and homophobic tweets.

John, who is also the lead singer and guitarist in the band The Long Winters, has not released a statement in response to the backlash, but his Twitter account has since been shut down after he received a storm of criticism.