The woman whom the 'Whole Lotta Red' rapper reportedly hooked up with during his baby mama's pregnancy denies the allegations thrown at her after Iggy airs their dirty laundry on the internet.

AceShowbiz - The woman Playboi Carti allegedly cheated on Iggy Azalea with has broken her silence after Iggy called her out on social media. The woman known on Instagram as Brandi Marion insisted she's not a "homewrecker" as Iggy blasted her for allegedly sleeping with Playboi Carti while she's carrying his child.

The "Fancy" hitmaker, who kept her pregnancy and labor low key in the past, has since spilled the beans on the internet as she's fed up of being disrespected after Playboi Carti went MIA on Christmas. He apparently preferred throwing a party for his new album "Whole Lotta Red" to spending the holiday with his son.

The femcee said Playboi Carti was a no-show as well when she gave birth to baby Onyx earlier this year. "This man was in philly playing PS5 mid pandemic the day my son was born even tho it was a scheduled c section," she tweeted. "I had onyx alone completely cause he was my only visitor approved with Covid. We lived together at that time."

The mother of one went on to reveal that her baby daddy even refused to give baby Onyx his last name. She wrote, "Even tho onyx was a PLANNED baby, that we both wanted. On some weirdo s**t he has still refused to sign his birth certificate. He's 9months old. Won't even give his son he claims to care so much about his own last name."

As a proof, Iggy, real name Amethyst Amelia Kelly, posted a picture of the baby's birth certificate, showing that little Onyx took her last name instead. "Imagine how trash you are to do this to your first born son," she slammed Playboi Carter, real name Jordan Terrell Carter. 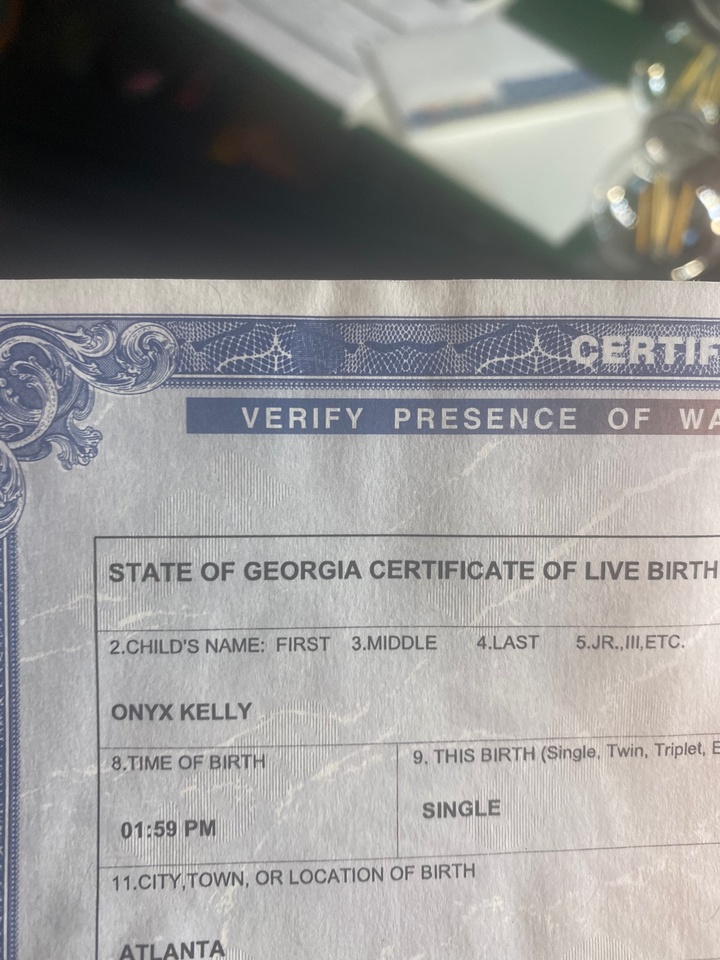 The "Fancy" star then recounted the day Brandi moved into the house she shared with Playboi Carti. "I left our house with my son after a fight in may and then when I came back a week later with my son all my personal s**t had been locked in a guest bedroom and this b***h had a suitcase already in our house but at the time I didn't know who it was."

According to Iggy, she and baby Onyx were blocked from moving back in and had to find another place to stay. "We were never allowed back, and so I had to live in an air bnb for months in LA before I could figure out getting a place of my own. This is all while he is supposedly 'working on getting his family back' let's talk about it," she opened up.

While Playboi Carti kept mum, Brandi spoke out. She denied she's the woman Playboi Carti was sleeping with during Iggy's pregnancy. She claimed she first met Playboi Carti in May and only agreed to enter a relationship with him because he said he had broken up with Iggy.

Brandi also insisted she never prevented Playboi Carti from seeing his son. "I would always vouch for his baby mama, ALWAYS. I always said he needed to be there and that his son comes first in all situations and that meant putting her up there as well because she's taking care of him," she claimed. "I encouraged him to be with his son every chance he could get and even for Christmas btw, but he makes his own choice at the end of the day."

Playboi Carti Claims He Knocked Out 'Crazy' Guy Who Confronted Him

Artist of the Week: Playboi Carti