Taking part in the 'Post a pic of...' trend on Instagram, the 'Game of Thrones' actress additionally shares a photo of her and husband Joe Jonas when she was pregnant but did not know yet.

AceShowbiz - Sophie Turner seems to be in the mood of reminiscing this holiday season. More than a year after she tied the knot with Joe Jonas, the actress famous for her portrayal of Sansa Stark on "Game of Thrones" treated her online devotees to a throwback candid picture taken from her bachelorette party.

The 24-year-old shared the image on Wednesday, December 23 as she took a part in the "Post a pic of..." trend on Instagram. In the snap shared on her Story feed, she could be seen wearing an olive patterned outfit that she paired with a colorful wig. Looking disheveled, she wore a silly facial expression for the camera. 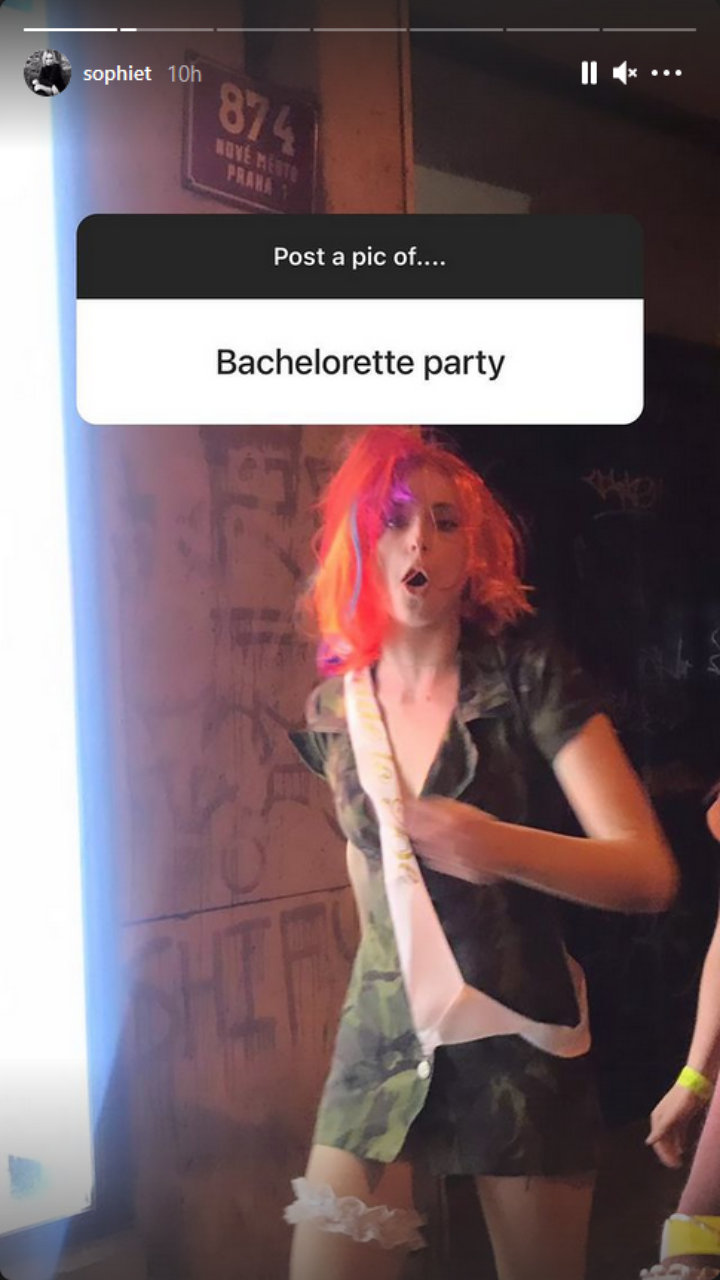 Sophie had her bachelorette bash in Benidorm in Alicante, eastern Spain in June 2019. While she did not share much from the party on social media, one of her friends Maddie Spaldin took to her own Instagram page to document the event. "B3N1D0RM", so Maddie wrote in the picture where she posed next to the "Dark Phoenix" actress and one of their pals.

The bachelorette picture aside, Sophie additionally shared a photo of her and her DNCE frontman husband enjoying a gondola ride together during their trip to Venice. In the note accompanying the picture, she answered to the request of a photo that captured the moment when she was pregnant but had not realized it yet. 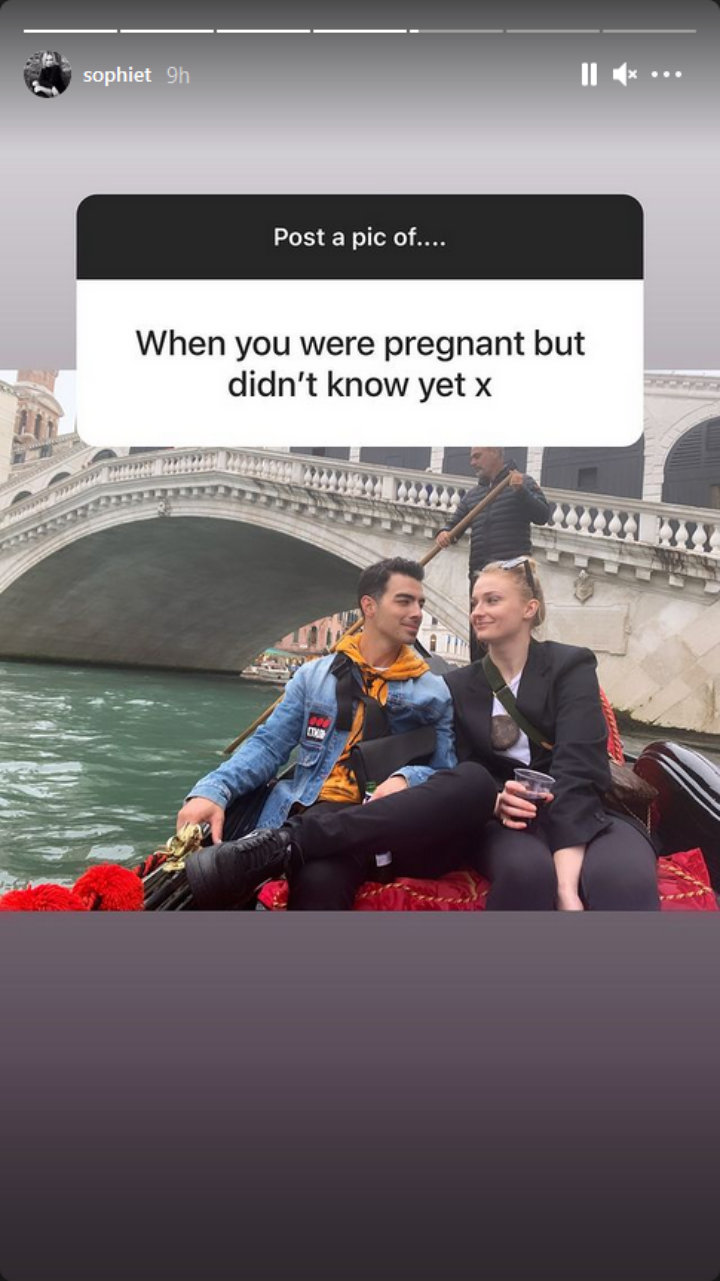 Sophie Turner posted a picture where she was pregnant but had not realized it yet.

The new mom has apparently gotten nostalgic in recent days. Nearly three weeks earlier, she uploaded a series of throwback photos that included one showing her big pregnancy belly. "Felt like we needed some content on this page... enjoy these throwbacks," she captioned the December 4 post.

Sophie and Joe began dating in 2016. The two got engaged in the following year, and got married in an impromptu wedding at A Little White Wedding Chapel in Las Vegas, Nevada in May 2019. They had their second and bigger ceremony in Paris, France in June later that same year. In July 2020, they welcomed their first child together, Willa Jonas.