The 'Good in Goodbye' singer urges her fans to know their worth and leave a toxic relationship on a new song from her upcoming debut album 'Life Support'.

The 22-year-old singer has dropped the latest track from her upcoming debut studio album, "Life Support", and revealed the song is about "knowing your worth" and when it's time to exit an unhealthy relationship.

The lyrics include, "One too many times I let you ruin my life / 'cause I thought you would change but I see it now."

Speaking of what inspired the track, she said, "BOYS*** is one of the last songs I recorded for my album, and it was just kind of a build up after this really long year."

"It's simply about knowing your worth and when to leave a situation. With the play on 'bull***' I figured it was the perfect time to use the age old saying about an immature or disrespectful boyfriend, 'he's not a man, he's a boy,' but it then flourished into more. This isn't as simple as a childish man, it's deeper than that."

"Anyone can behave in a 'BOY***' manner and I think there's something to be said about knowing when enough is enough and when you're truly just feeding into nonsense, I think a lot of that is knowing your worth. This song is meant to uplift and inspire people, of all genders, to know when it's time to stop putting up with boy***."

"BOYS***" follows the release of tracks "Good in Goodbye", "Selfish", and "Stained Glass".

The latter single saw Madison open up about the "scrutiny" she has faced in her life and call for everyone to "be more gentle and not judge so hard."

"Life Support" is released on next February (21). 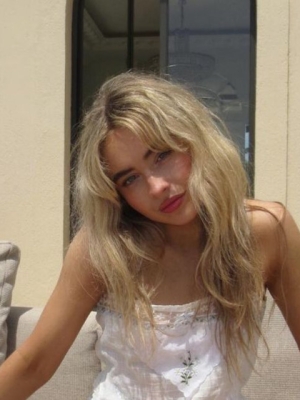