The 'Senorita' hitmaker mistakenly refers to the 'Dancing with a Stranger' singer as 'he' instead of 'they' when introducing them at the 2020 iHeartRadio Jingle Ball show.

AceShowbiz - Sam Smith assured he has no hard feelings towards Shawn Mendes for misgendering them. Shortly after the "Senorita" hitmaker apologized for mistakenly using the wrong pronoun at the 2020 iHeartRadio Jingle Ball show, the "Dancing with a Stranger" singer returned his apology with a holiday greeting.

The 28-year-old singer shared his reaction after the Canadian crooner took to his Instagram Story to express his remorse. He stated in his Friday, December 11 post, "Oh @samsmith I'm so sorry for referring to you as a 'he' for your jingle ball introduction. It absolutely slipped my mind. Wont happen again..Sending you so much love ! Also you absolutely are one of the funniest people I've ever met!" 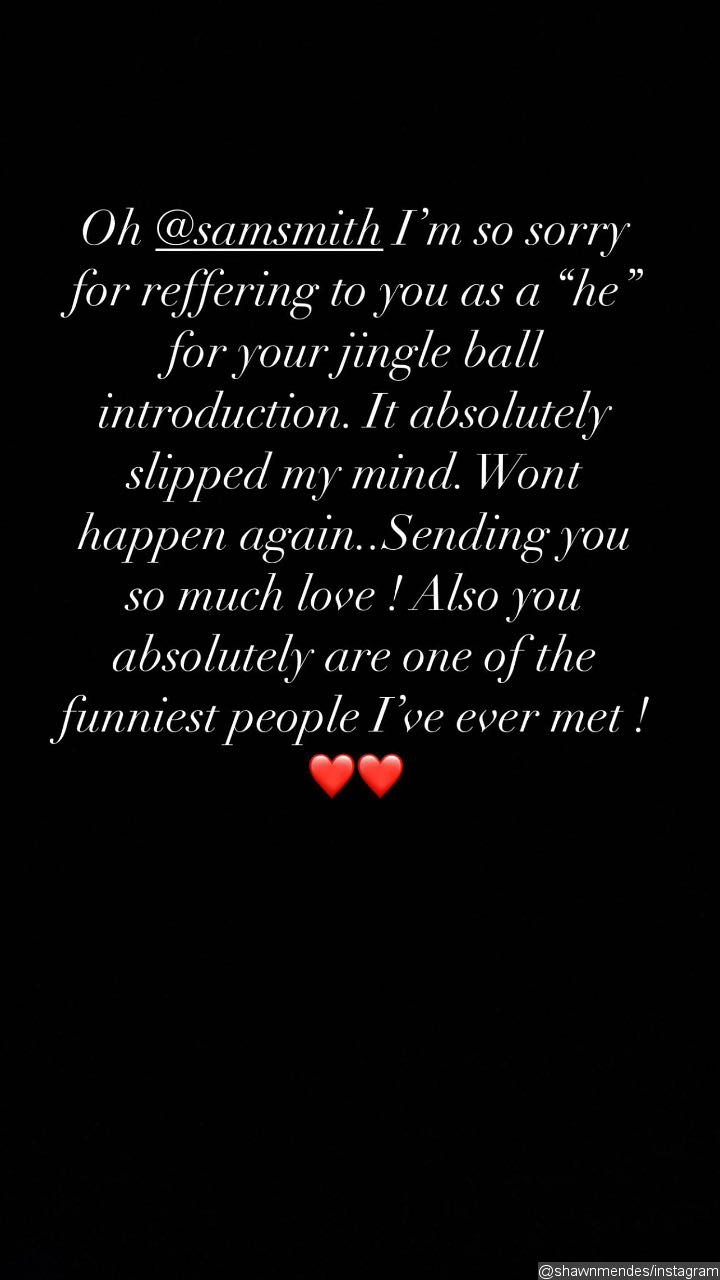 Shawn Mendes apologized to Sam Smith for misgendering them.

In response to Shawn's post, Sam was quick to repost their fellow musician's apology on their own Instagram Story. "We're all learning together" the "Too Good at Goodbyes" crooner penned along with two heart emojis. They added in the same message, "Happy holidays, all my love xx." 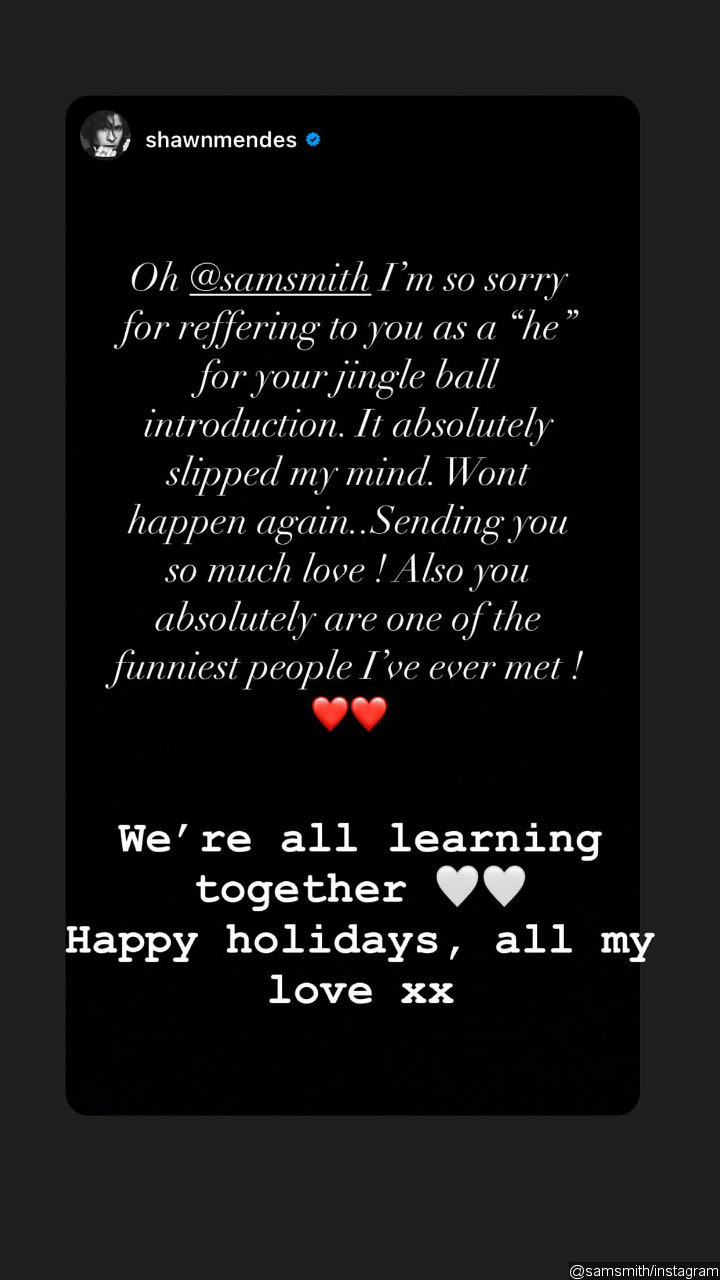 One day earlier, Shawn made an introduction for Sam at iHeartRadio's Jingle Ball 2020 before they performed "Have Yourself a Merry Little Christmas''. The boyfriend of Camila Cabello, however, kept using the word "he" and "him" instead of "they" when describing the English native on the Thursday livestream show.

Shawn has since come under fire online. One Twitter user noted, "No Shawn Mendes calling Sam Smith 'he' like 12 times in one sentence when Sam has come out as they/them." Another voiced similar complaint, "not shawn mendes misgendering sam smith in a PRE-RECORDED jingle ball segment." A third raged, "Who let Shawn Mendes misgender Sam Smith on national television."

Sam themselves publicly came out as nonbinary and genderqueer in September 2019. Making use of Instagram, they declared, "Today is a good day so here goes. I've decided I am changing my pronouns to THEY/THEM after a lifetime of being at war with my gender I've decided to embrace myself for who I am, inside and out."

"I'm so excited and privileged to be surrounded by people that support me in this decision but I've been very nervous about announcing this because I care too much about what people think but f**k it! I understand there will be many mistakes and mis gendering but all I ask is you please please try," they continued. "I hope you can see me like I see myself now. Thank you."

Olivia Cooke, Emma D'Arcy and Matt Smith Join the Cast of HBO's 'House of the Dragon'

Artist of the Week: Sam Smith