The wife of Justin Bieber goes public with her struggles with perioral dermatitis as she shows to her online followers her latest breakout on her cheek that lasted three days.

AceShowbiz - Hailey Bieber has become the latest celebrity to come clean about a skin condition.

Following big reveals from Kim Kardashian and LeAnn Rimes, Justin Bieber's model wife has revealed she suffers from perioral dermatitis - a rash on the face or genitals.

Sharing a makeup free selfie on social media, Hailey reveals her latest break-out on her cheek has lasted three days.

"This is day 3 so it's calmed down a lot," she wrote. "I have something called perorial dermatitis which I've had for a few years now. It gets triggered by different things and usually shows up on my cheeks, around my mouth or sometimes around and under my eyes." 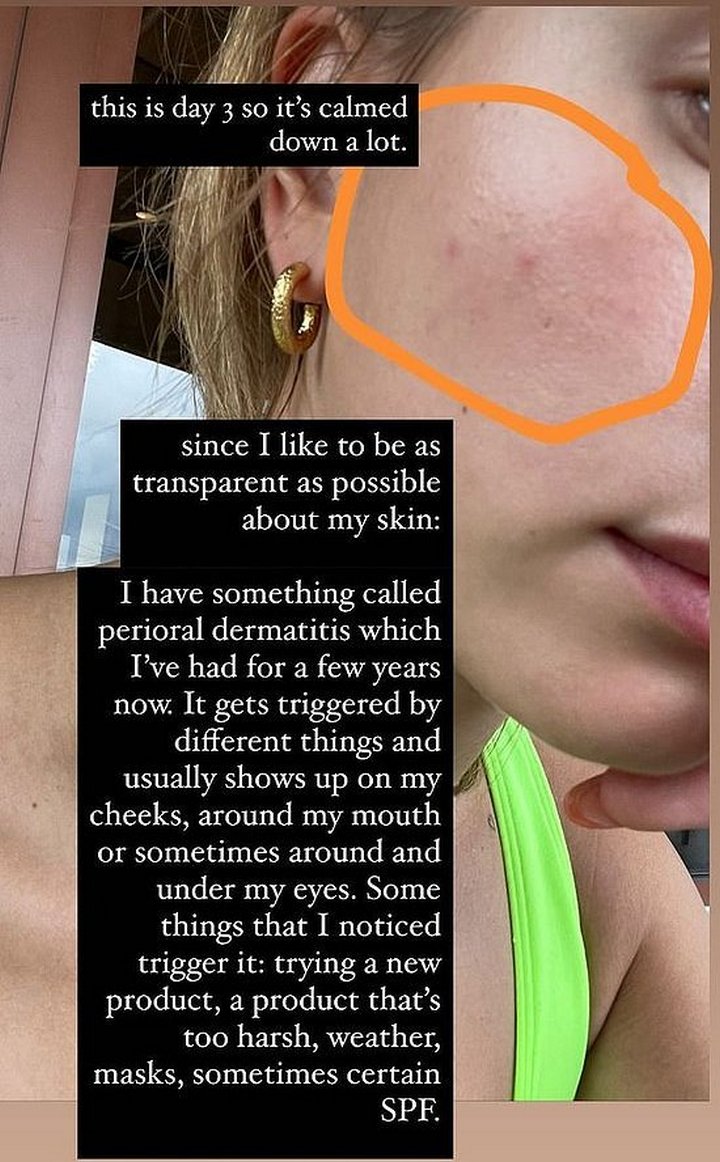 The "Blue" singer told the publication there was no way she'd even consider baring all earlier in her career, because she was always hiding dry skin outbreaks and scales, but LeAnn revealed she recently had a flare-up and she decided it was time to tell all about her skin condition, showing off the marks left by it on her back and legs in the photos featured in the magazine.

"I tried everything I could to treat it: steroid creams, major medications - I even tried being wrapped in coal tar... and when I was in public, I did everything I could to hide it," she said. "Onstage I'd often wear two pairs of pantyhose or jeans - even in 95-degree heat. Underneath my shirt, my whole stomach would be covered in thick scales that would hurt and bleed. For so much of my life, I felt like I had to hide."