Jean Currivan-Trebek, who was married to the late 'Jeopardy!' host for 30 years, and their daughter Emily are spotted outside their house in Los Angeles after his passing from cancer.

AceShowbiz - Alex Trebek's wife and daughter have been seen in public for the first time following his devastating death. Jean Currivan-Trebek, the late TV personality's wife of 30 years, and their daughter Emily were pictured outside their house is Los Angeles on Sunday, November 8.

In pictures obtained by Daily Mail, Jean bundled up in a blue padded jacket and red pants as well as gray sneakers while arriving at the house. She looked stoic though half of her face was hidden behind her checkered face mask as she carried mail. She was accompanied by a family friend. 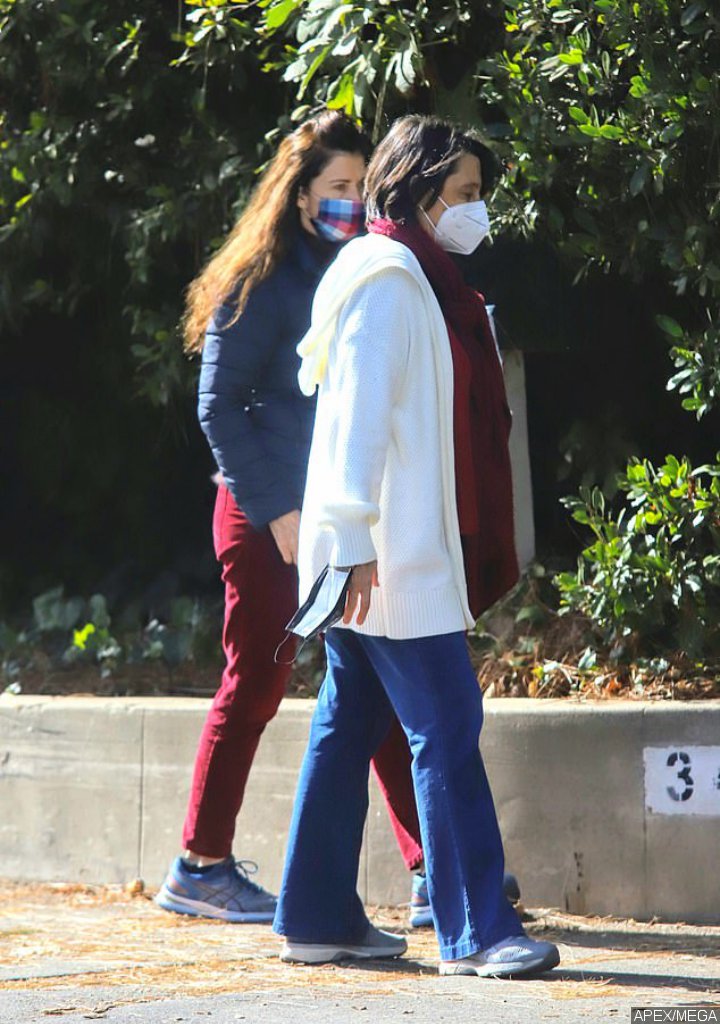 Alex Trebek's wife Jean arrived at their L.A. house with a friend.

Emily, who is Alex and Jean's second child and only daughter, looked distraught as she awaited outside their gated house while holding what looked like a gift. She kept herself warm in a navy jacket with matching leggings and black sneakers, with a purple face mask. She was also seen greeting a female friend who arrived with flowers. 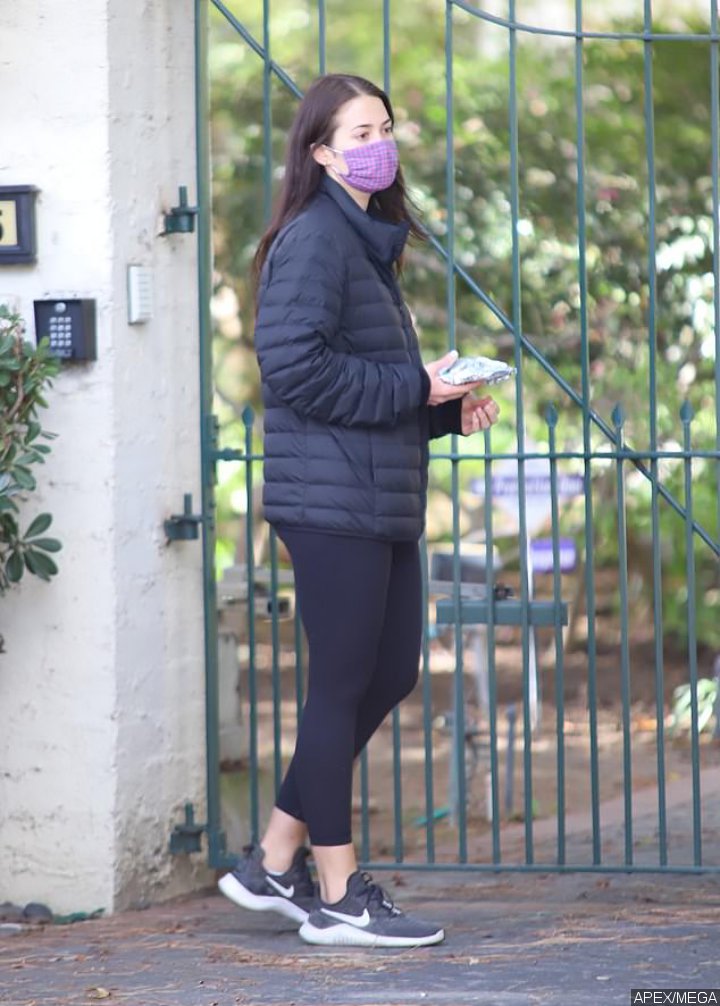 Emily, Alex and Jean's daughter, looked distraught after her father passed away.

Alex passed away on Sunday after battling stage IV pancreatic cancer, which he revealed in March 2019. A spokesperson for the long-running game show "Jeopardy!" said in a statement, "Jeopardy! is saddened to share that Alex Trebek passed away peacefully at home early this morning, surrounded by family and friends."

His passing was mourned by a number of fellow celebrities, including fellow Canadian native Ryan Reynolds who tweeted, "Alex Trebek was kind enough to film a cameo for our film 'Free Guy' last year despite his battle. He was gracious and funny. In addition to being curious, stalwart, generous, reassuring and of course, Canadian. We love you, Alex. And always will."

Ellen DeGeneres honored him, "Alex Trebek hosted Jeopardy for 36 years. What an incredible career and remarkable life. I'm sending love to his family and fans." John Legend added, "I was obsessed with Jeopardy as a nerdy kid growing up in Ohio. I've loved and revered Alex Trebek since I can remember. What an iconic career. RIP Alex Trebek."