The '7 Rings' hitmaker makes the plea to the 'Umbrella' singer when reacting to the announcement that she has become the top streaming female artist of all time on the streaming platform.

AceShowbiz - Ariana Grande has pleaded with Rihanna to release her new album, after the "7 Rings" hitmaker broke her Spotify record to become the top streaming female artist of all time.

The news was announced on Monday (August 17), with Ariana reacting by sharing the announcement on her Instagram page.

"Holy s**t thank u all so much for listening and caring at all let alone this much," she wrote alongside it. "i can't wait to give u new things to listen to."

But while the 26-year-old was thrilled about the accolade, she was also quick to acknowledge Rihanna - the former holder of the title - as she urged her to drop her long-awaited new record.

"now can rihanna pls drop her album so she can rightfully snatch this back and fill my ears again please or ...," Ariana added.

Rihanna, who hasn't released an album since 2016's "Anti", told Entertainment Tonight in a recent video chat that she's determined to make sure she puts out something she's proud of.

"I am always working on music and when I am ready to put it out in the way that I feel fit, it's gonna come out," she said. "And you're not going to be disappointed when it happens. It's going to be worth it."

"I'm not just gonna put it out just because people are waiting. It's taken this long, I'm gonna make it worth it."

Malin Akerman Hopes to Do 'The Sleepover' Sequel With Ken Marino 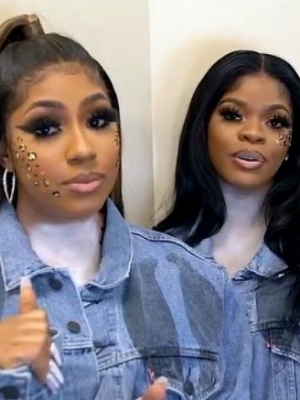