Setting the record straight on claims she was being sued alongside ex-boyfriend Ayoub Kharbouch, the 'Fancy' rapper is making it clear through a social media post that she is not liable.

AceShowbiz - Iggy Azalea has shot down reports suggesting she is facing legal problems from a skateboarder who was involved in an accident with her ex-boyfriend French Montana's brother.

The Blast sources alleged she was being sued alongside Ayoub Kharbouch, but Iggy took to Instagram on Wednesday, July 22 to make it clear she's "not liable".

"My name is mentioned in a lawsuit from 2016 because I was the vehicle owner of a car that was involved in an accident," she wrote. "I was not on the scene and I have never had direct involvement in this suit as per the judge's orders - I am not liable."

She insisted the lawsuit was "solely with the insurance company and driver of the vehicle". 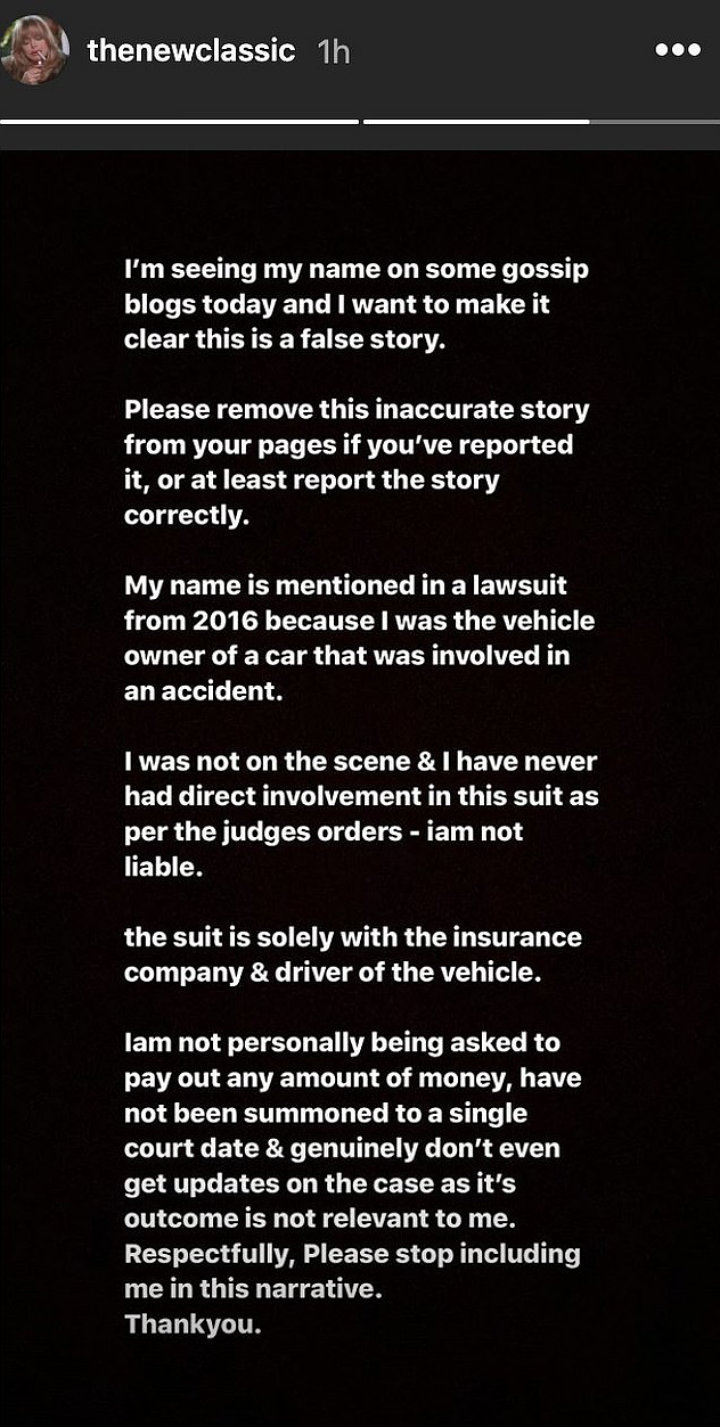 Iggy Azalea clarified on her position in a skateboarder's lawsuit over a 2016 car accident.

According to TMZ, the plaintiff is Jeffrey Linett, who was allegedly struck by Iggy's Jeep Wrangler while skateboarding in Los Angeles. He claimed 18-year-old Ayoub was on his phone while driving, according to TMZ.

Iggy doesn't need the drama right now as she settles into motherhood after giving birth to her first child with partner Playboi Carti earlier this year.