The 'Cravings' cookbook author confirmed that she was going to get her implants removed on May 27 and then continues to update fans on her recovery following the procedure.

AceShowbiz - Chrissy Teigen knows how to clap back at online trolls. The "Lip Sync Battle" co-host recently addressed her recent breast implant removal surgery after some naysayers doubted that she got the procedure done.

"A few of my friends keep having to tell people that I really got my implants out because believes it," the 34-year-old star shared in one Instagram Story video on Sunday, July 19. Chrissy then lifted up her yellow bikini top to show "the scars" she got from the surgery. At the bottom of her breasts, it could be seen there're some vertical markings. 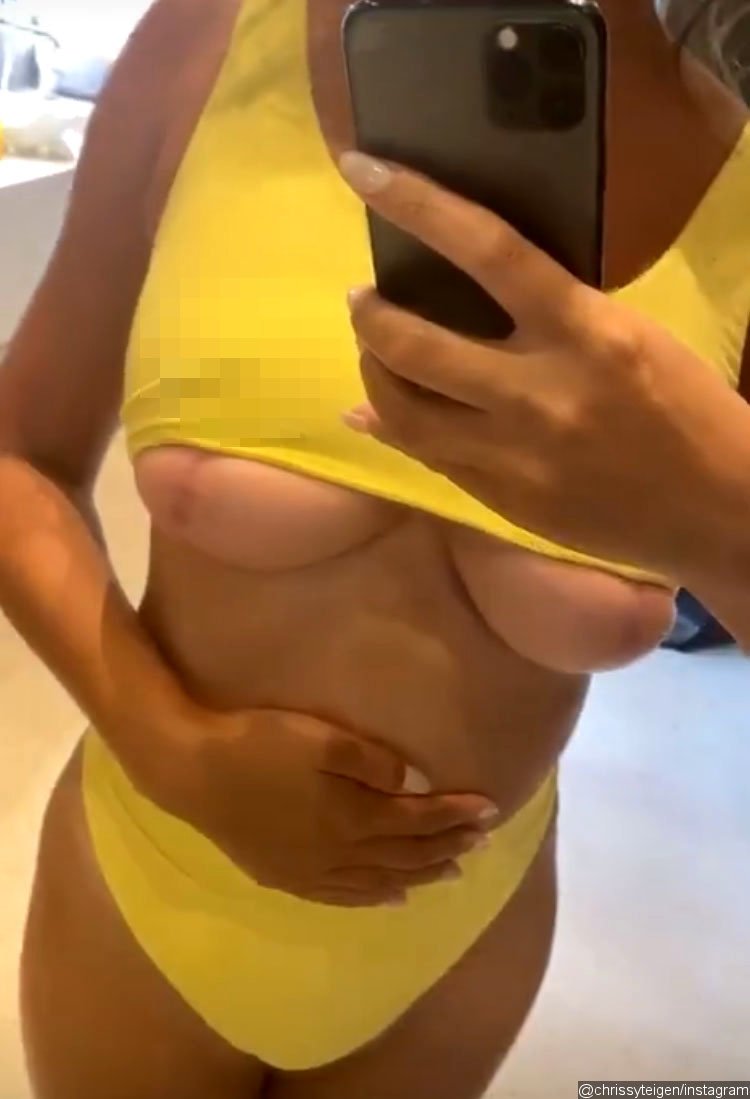 Chrissy Teigen showed 'the scars' she got from breast implant removal surgery.

Further sharing more proof, the wife of John Legend posted in a separate post a censored picture of her breasts from her actual surgery. "Trust me lol," the cookbook author captioned the snap. 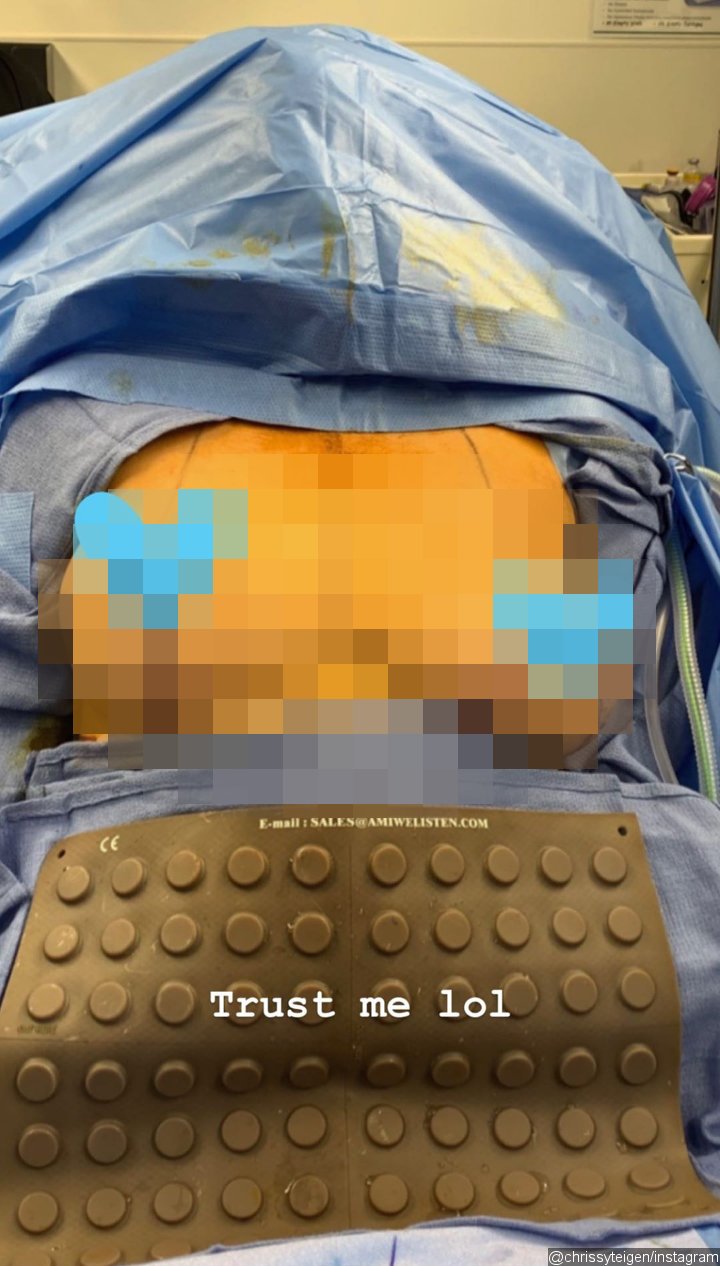 Chrissy confirmed that she was going to get her implants removed on May 27. "A lot of people are understandably curious (and nosey!) so I'll just say it here…I'm getting my boobs out!" she shared at the time. "They've been great to me for many years, but I'm just over it…I'd like to be able to zip a dress in my size, lay on my belly with pure comfort! No biggie! So don't worry about me! All good. I'll still have boobs, they'll just be pure fat. Which is all a t** is in the first place. A dumb, miraculous bag of fat."

The mom of two then continues to update fans on her recovery after getting her breast implants removed. On June 11, she assured her Twitter fans the operation had gone well, writing, "surgery went great!" Later, the model shared a new video on her Instagram Stories to show the result of the surgery, showing a close-up look at her "new" breasts.

She pulled her top down and covered her nipple with one of her hands to show the post-surgery boobs as she held the camera with her other hand. On how she's spending her time recuperating at home, Chrissy revealed she's been "enjoying the time" with her kids. "We're having so much fun at the house and lots of tea parties and cupcake making," she shared.