The former 'Anger Management' actor, who had been diagnosed with the HIV virus in 2015, has also been entirely sober for more than two years after years of battle with drug and alcohol addictions.

AceShowbiz - Charlie Sheen has marked one year without smoking in a celebratory Fourth of July post.

The 54-year-old "Anger Management" actor took to Twitter on Saturday, July 4, which was also America's Independence Day, to reveal that he hasn't smoked cigarettes for 12 months.

"Dear @my lungs, it was one year ago TODAY, that i quit smoking," he penned, jokingly adding, "hashtag - YOU'RE WELCOME (sic)!".

"If i could go back in time and have NEVER STARTED, i would absolutely do so !" the "Two and a Half Men" star continued. "If you are on the fence about quitting, trust me; the sooner the better ! happy 4th !". 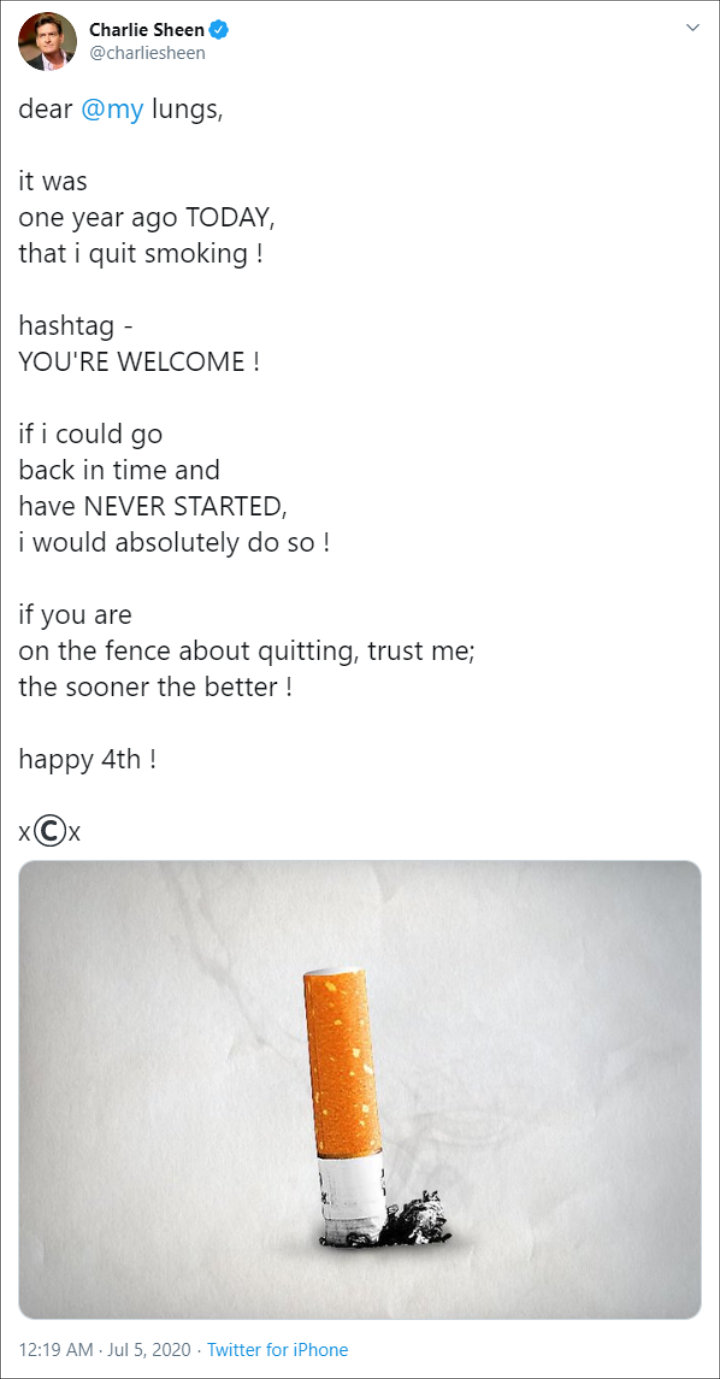 Charlie Sheen marks Fourth of July as first anniversary after he quit smoking.

Charlie Sheen marks The star has struggled for several years with drug and alcohol addictions that wrecked his acting career, but has now been entirely sober for more than two years.

He previously confessed he had been diagnosed with the HIV virus in 2015, and pledged to turn his life around - which has seen a shift in focus for the dad-of-five.

He told People last year: "I really focus on my health, my family and work will come next. I'm excited to be excited again."