After months of speculations, the former NHL player and his wife of less than three years announced in late May that they have lovingly and carefully decided to separate.

AceShowbiz - Brooks Laich is apparently not letting his marital woes affect his friendship with Derek Hough. More than two weeks after he and his wife Julianne Hough announced their separation, the former NHL player proved that he is still on good terms with her brother as he shared footage of their fun hangout session.

Making use of Instagram Story on Wednesday, June 17, Brooks shared a video of Derek playing a game of ping pong against their photographer pal, Cory Tran, in a garage. The clip also uncovered that the three of them were joined by the "World of Dance" judge's girlfriend, Hayley Erbert, and Julianne's close friend, Kristy Sowin. 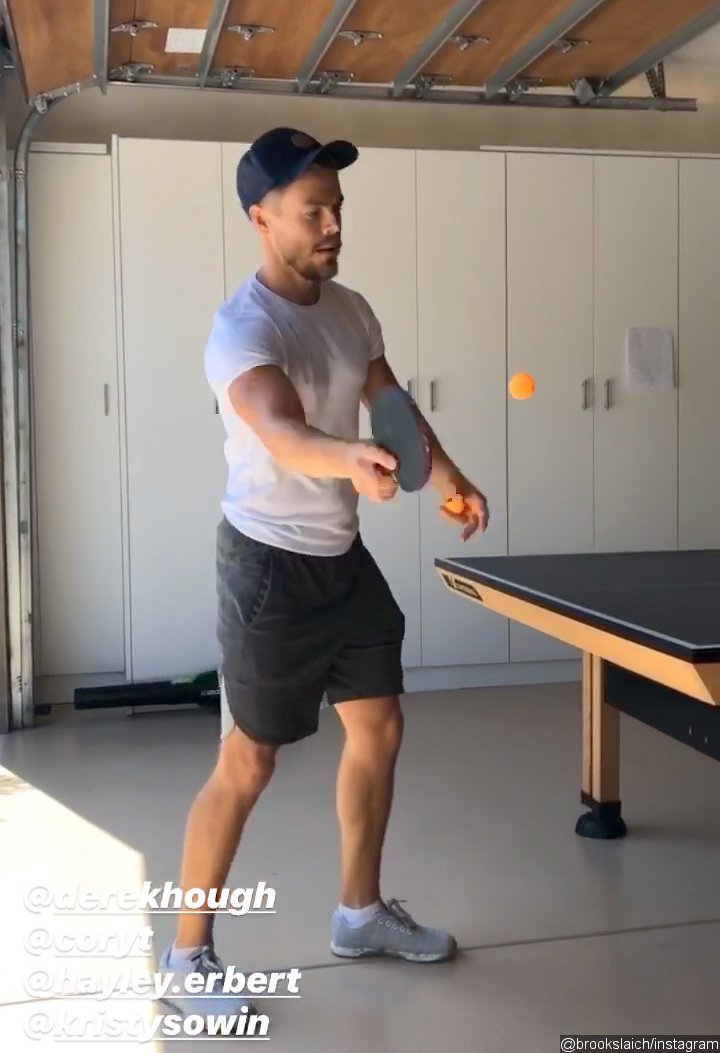 Weeks prior, an inside source claimed that despite Brooks' separation from Julianne, Derek does "not have any animosity" toward him. The insider told Us Weekly, "[He and Julianne's friend, Riawna Capri] still love him even though Brooks and Julianne aren't together romantically. They saw that they were figuring out themselves as individuals and that they weren't a match as a couple, but that doesn't take away their love for Brooks as a person."

Brooks was married to Julianne for nearly three years when the two announced they were calling it quits. He and his wife had been dodging splits rumors for months, and spent their time in quarantine amid the coronavirus pandemic miles apart with him practicing his social-distancing in Idaho and her staying in Los Angeles.

In a statement they released in late May, the former couple said, "We have lovingly and carefully taken the time we have needed to arrive at our decision to separate." They added, "We share an abundance of love and respect for one another and will continue to lead with our hearts from that place. We kindly request your compassion and respect for our privacy moving forward."

On how Julianne took her split from Brooks, another insider told Us Weekly that the "Dancing With the Stars" alum "is super upset." Referring to the 31-year-old's recent hair color change, the inside source claimed that she is "not doing great right now and feels like her brunette hair is a reflection of her feelings."

H.E.R. Calls Upon Artists to Create Music That Pushes Change Over Racial Injustice