The 'Something Borrowed' actor will no longer serve as 'Some Good News' host when the lockdown web series debuts on television via ViacomCBS this coming summer.

AceShowbiz - John Krasinski's lockdown web series "Some Good News" is moving to ViacomCBS after the network emerged victorious in a bidding war - but he won't be hosting anymore.

The "A Quiet Place" star has enjoyed huge success with his online programme, which he created to provide a spot of light relief during the coronavirus pandemic.

But just days after announcing Some Good News was "taking a break," it has been announced that the show has been licensed by ViacomCBS. And while John will no longer be the host, he will still have an on-air presence.

"Could not be more excited and proud to be partnering with CBS/Viacom to be able to bring Some Good News to so many more people!" the actor said in a statement. "From the first episode, our goal was to create a news show dedicated entirely to good news. Never did I expect to be joining the ranks of such a historic news organisation as CBS."

The first new episodes of "Some Good News" will be shown on the rebranded CBS All Access this summer before other ViacomCBS networks get the second run of instalments. 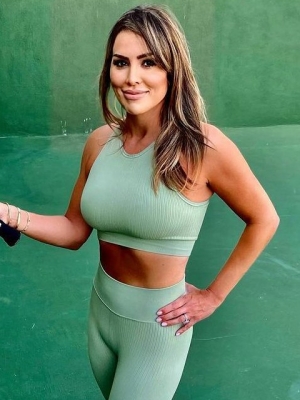