The 'Life Is Good' hitmaker vents out his frustration in a series of tweets just hours after paying Mother's Day tribute to the six other women he shares children with.

AceShowbiz - Future might have reacted to reports of his paternity test results. Just hours after he sent Mother's Day wishes to the six women he shares children with, the "Life Is Good" rapper is hit with claims that a DNA test he took has proven he fathers Eliza Reign's daughter, and it does not take him long to post a series of cryptic tweets.

On Monday, May 11, the 36-year-old launched his online rant by first posting, "Keep it pushing." He followed it with stronger declarations, "Teach these h**s how to keep they business off the internet.." and "U run to the internet." Minutes later, he returned to Twitter to write, "I can't speak the truth ima log off." His last tweet simply read, "Mask on." 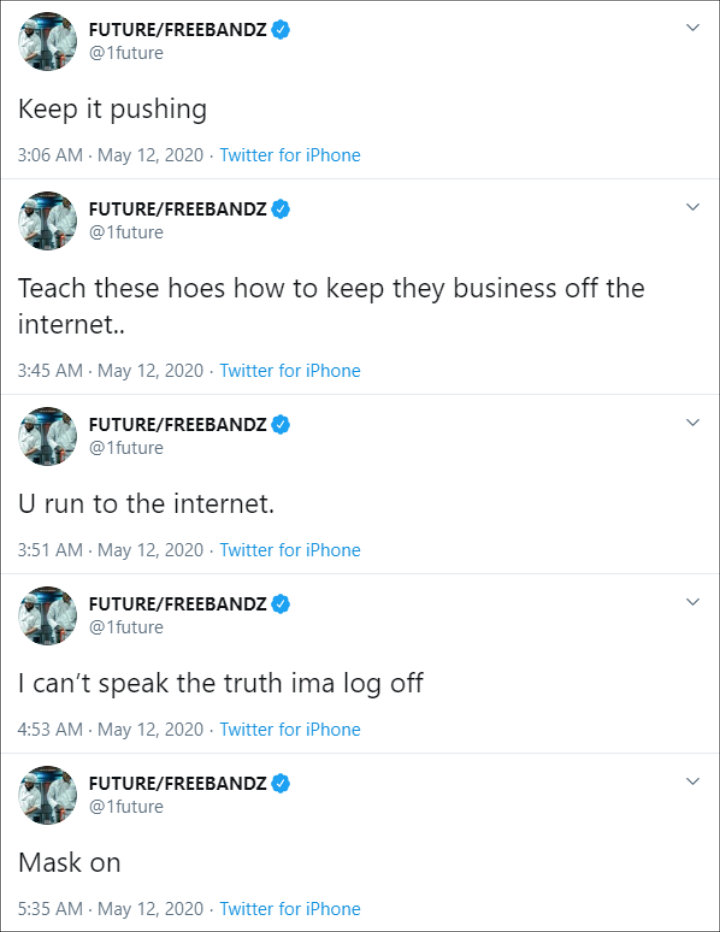 Future came out with the series of tweets shortly after The Shade Room reported that his DNA test results have come back matching with Eliza Reign's daughter. The outlet claimed that the results were "announced during a court appearance." The rapper was ordered to undergo the test back in February amid his paternity battle with Eliza.

Before launching his Twitter rant, Future also had a go with "Love & Hip Hop: Hollywood" star Masika Kalysha, who shared a piece of her mind on the DNA results report, "gone head n send that Happy belated Mother's Day tweet sent to the fleet." In response to her comment, Future wrote back, "@masikakalysha u kno me in real life..find someone else to comment on!"

Just hours earlier, Future was celebrating his exes who have given him his children. In separate tweets, he notably paid Mother's Day tribute to Joie Chavis, India J, Brittni Mealy, Jessica Smith and Ciara. While he wrote a lengthy one for many of them, the MC kept a simple one for Ciara as he posted, "Happy Mother's Day Ci... Baby future is life, preciate u." 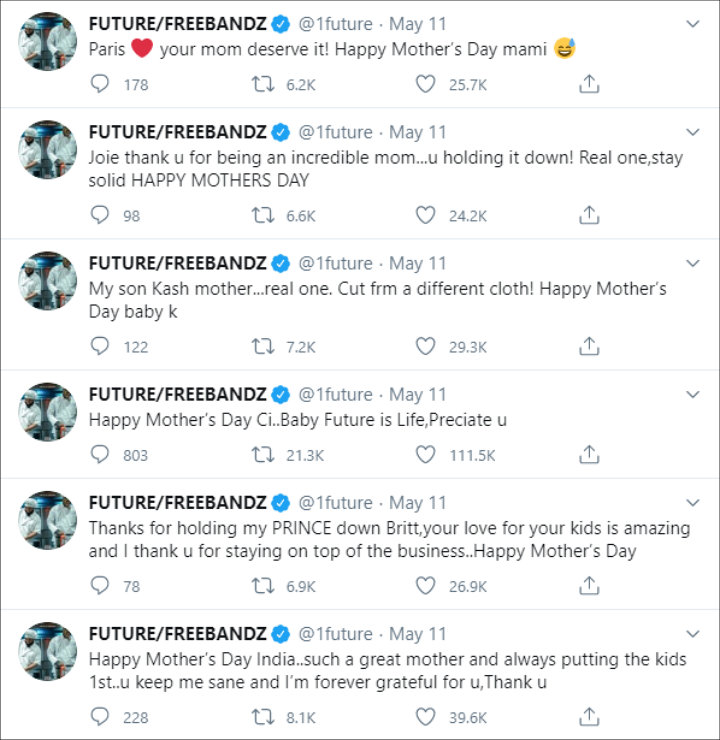 In the meantime, Future has days earlier intensified his defamation case against Eliza. In court documents he filed on May 4, he accused her of turning his world upside down to create job opportunities for herself. He also alleged that her false claims about him and their relationship made him suffer from "tremendous emotional distress."

Nicki Minaj Remix Boosts Doja Cat's 'Say So' to No. 1 on Billboard Hot 100

Future Plays 'Toxic King' Who Leaves His Queen Alone in 'Wait for U' Visuals ft. Drake and Tems