According to sources, both the former baseball player and fiancee Jennifer Lopez will not have official roles in the effort despite POTUS calling him for advice on dealing with the pandemic.

AceShowbiz - Both Donald Trump and Alex Rodriguez were trending on social media on Friday, March 27. It was all because multiple reports stated that POTUS turned to the former New York Yankees player, who is not a medical or public health expert, for advice on dealing with the Coronavirus pandemic.

According to ABC News' reporters John Santucci and Katherine Faulders, Trump called A-Rod to ask about his thoughts on the administration's response to the outbreak as a part of the former's continued outreach about the virus across the country. Despite the call, neither the sports commentator nor his fiancee Jennifer Lopez will have any official role in the effort, though a source close to the couple said the call was "pleasant."

This surely made so many people baffled that both of them started trending on social media. Trump himself has denied the report before going on a rant on his Twitter account. "So much of the Lamestream Media is writing and broadcasting stories with facts that are made up and knowingly wrong," he said. "They are doing it by quoting unnamed sources that simply do not exist. These are very dangerous & corrupt people, who will do anything to win. NAME YOUR SOURCES!"

In another post, Trump slammed "corrupt" journalists whom he accused of basing "their stories on SOURCES that they make up in order to totally distort a narrative or story. When you see, “five sources say”, don’t believe the story, it is...." He added, "....very often FAKE NEWS. Lamestream Media should be forced to reveal sources, very much as they did in the long ago past. If they did that, the media would be trusted again, and Fake News would largely be a thing if the past!" 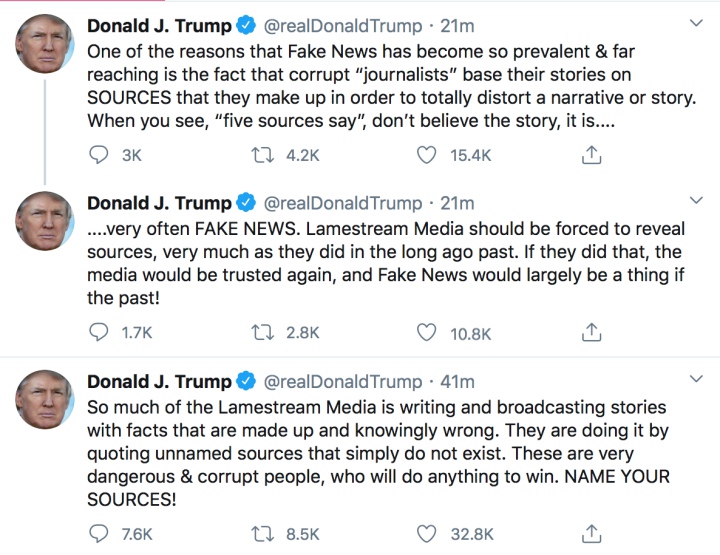 The United States currently has more than 100,000 confirmed cases of the coronavirus. On Friday, doctors reported 402 deaths related to the disease on that day alone.

Disneyland to Remain Closed Indefinitely Due to Coronavirus Pandemic