Dana Isaiah first sparked rumors that his marriage to the singer hit rock bottom after he took to his Twitter account to write, 'You can't force someone to stay married to you.'

AceShowbiz - Jordin Sparks and her husband have denied they are putting an end to their marriage.

The "S.O.S. (Let the Music Play)" singer's spouse Dana Isaiah sparked rumours they were headed for a split by posting cryptic messages on social media this week.

"You can't force someone to stay married to you," his Twitter message read. "Especially after you made them look like a fool publicly twice. God ain't in that." 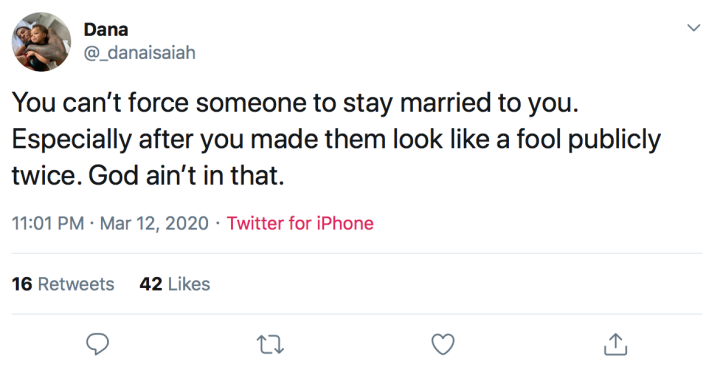 Now Dana has returned to social media to shut down talk of trouble in his union with Jordan.

"Trust me when I say this. If me and my wife were having issues... NONE OF YALL WOULD KNOW. Lol (sic)," he shared on Twitter, before writing on Instagram: "The internet is a wild place."

Jordin also took to her Instagram profile on Thursday, March 12 to share a sweet family photo of herself, Dana and their son Dana Isaiah Jr. smiling together.

"These two are my heart," she wrote in the image caption. "We went 'fimmin' before the rain today (sic)! Stay safe out there everyone!"

Jordin and Dana married in 2017 before welcoming their son the following year.

Genesis P-Orridge Passed Away at 70