The 'Dolemite Is My Name' actor's daughter with his ex-wife Nicole Murphy, who used to be a model, shows her fuller figure at the opening of her art exhibition.

AceShowbiz - Eddie Murphy's daughter Bria was the center of attention at the opening of her art exhibition on Thursday night, February 20, but some people chose to focus on the negative thing. The 30-year-old painter, who used to be a runway model, was body shamed after showing her fuller figure while attending the opening of Art 4 All in downtown Los Angeles.

Bria, who is Eddie's first child together with his ex-wife Nicole Murphy, went quirky glamorous in a yellow sequin dress, which she paired with black and white Nike trainers. She appeared to gain some weight, compared to her old look from her days as a model. 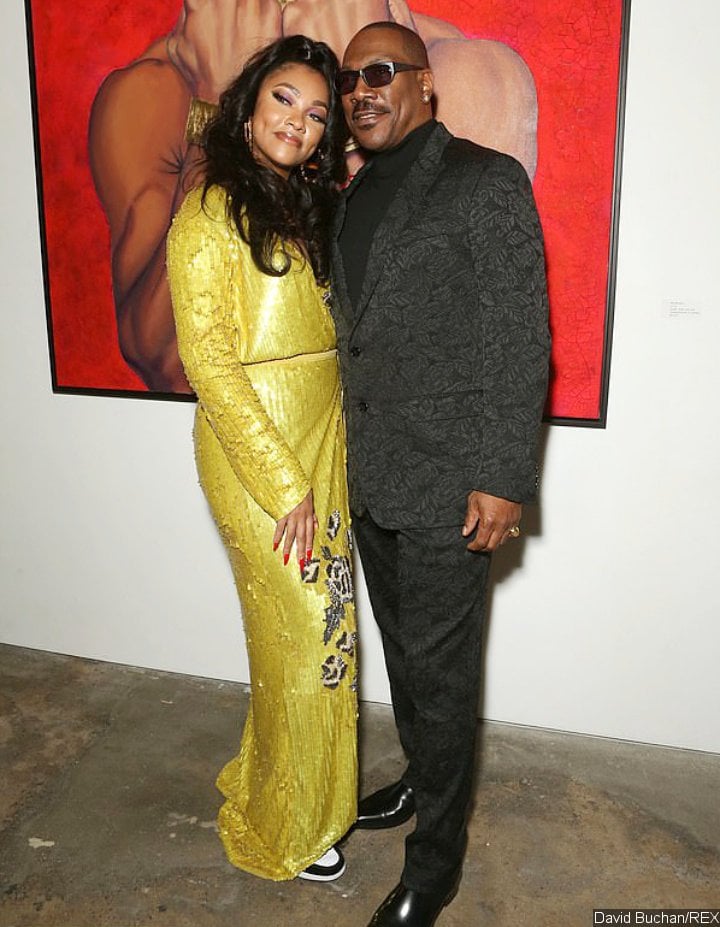 Eddie Murphy supports his daughter Bria at the opening of her art exhibition in Los Angeles.

Some people took to Twitter to weigh in on Bria's fuller figure, with one leaving a nasty comment, "She got Eddie's genes not Nicole's." Another critic wrote, "She's built like Teairra Mari from Love & Hiphop."

Another predicted Bria's look in the future, but got her age wrong, "The poor thing is still in her 20s. She'll look like Lizzo by 35." Someone else chimed in, "No bueno, she used to have such a great body."

Some others compared Bria to her mother Nicole, who came to the Thursday event to support her. "Child how your make your MAMA be badder than you, and you out here looking like a Tami Roman stunt double LOL," someone wrote. Another claimed, "She looks Insecure next to her Own Mama..."

There's also a few people who are speculating that Bria's "pregnant" or "she might be hiding a pregnancy."

However, many have since come to Bria's defense, with one clapping back at the haters, "People stay focused on the wrong thing. I'm not sure how a little weight gain can overshadow her tremendous artistic ability."

Another similarly added, "People do too much. If she has gained a little more weight, so what! I’d rather her be healthy than an anorexic or a build a body hoe. So quick to judge the woman instead of admiring the beauty of the art... smdh."

Eddie also stepped out with his fiancee Paige Butcher to join his daughter and ex-wife Nicole at the exhibition opening. The pair went color coordinated in black numbers.

Eddie and Nicole were married from 1993 until she filed for divorce in 2005 and their divorce was finalized in 2006. They have five children together, Bria, Myles, Shayne, Zola and Bella. The "Dr. Dolittle" star also has five other children with five different women.

Golden Globes 2023: Cecil B. DeMille Honoree Eddie Murphy Takes a Jab at Will Smith in His Speech