Members of the Cho gang, who is the rival of the Woo gang from Brooklyn that Pop Smoke was associated with, quickly make fun of his death as soon as the news broke.

AceShowbiz - People are mourning the loss of Pop Smoke, who was gunned down in his Los Angeles home on Wednesday, February 19 in a home robbery. However, there were some others who didn't bother to show respect to the late rapper and quickly made fun of his death as soon as the news broke.

Reddit user GloLimits shared some screenshots featuring members of the Cho gang, who is the rival of the Woo gang from Brooklyn that Pop Smoke was associated with, laughing at the expense of his tragic death on social media. Breezyblixky wrote on Instagram Stories, "Wook caught his a** on a Tuesday." He also said, "Guess wat we smoking today," alongside a screeshot of an article about Pop Smoke being murdered. 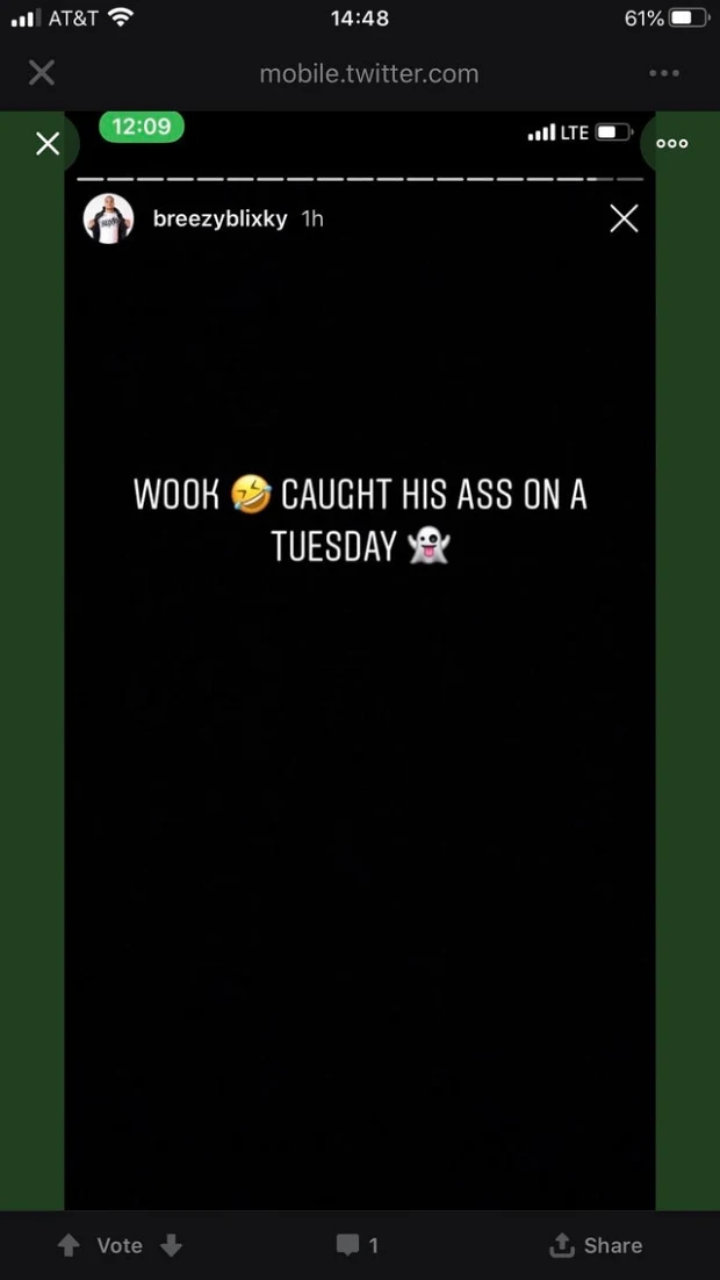 A member of the Cho gang made fun of Pop Smoke's murder. 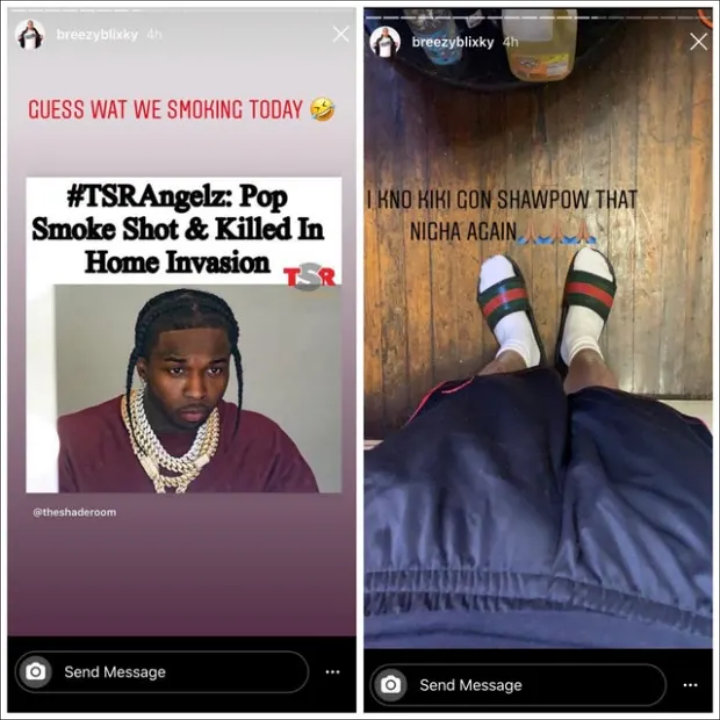 Fellow member of the New York gang Ktony Brigante also wrote some disrespectful things on his Facebook page. "Nobody telll me nothing kuz IDGAF tell dread LYFTTTT HIMMM," so he wrote alongside a bunch of laughing and crying emojis. 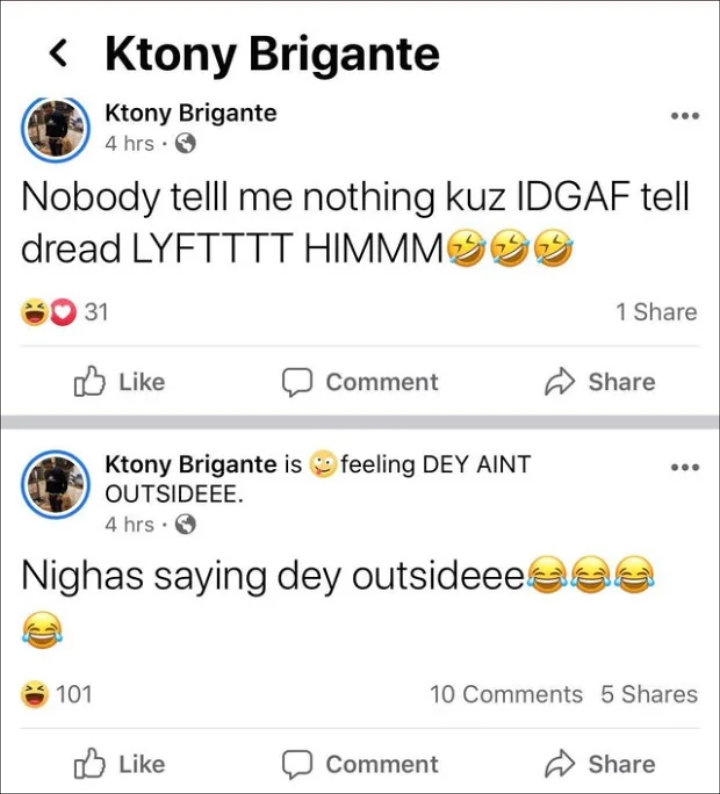 "Nighas saying dey outsideee," he said in a separate post. Sincere Crawford, meanwhile, showed that he was in a super good mood, writing, "Rolling up Pop Cus I Wanna Smoke ( OK OK OK )," before adding, "SMOKING ON YA DEAD MANS POP SMOKE ' S**T GOT ME LAZY.. GM THO." 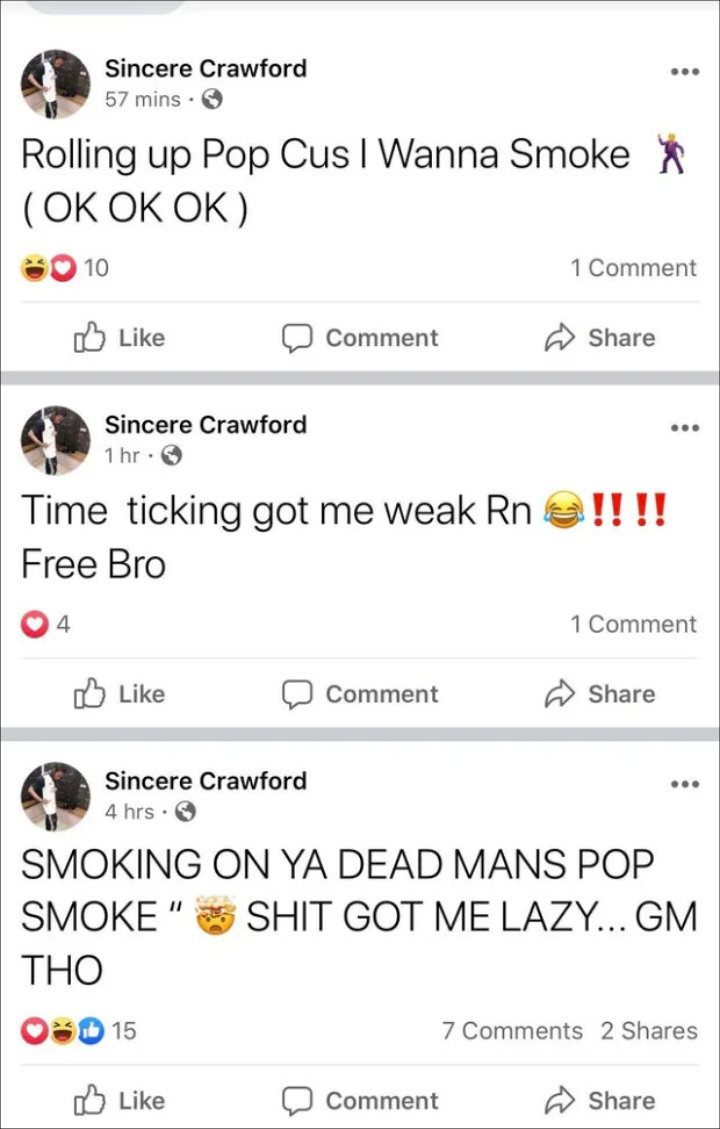 Another member posted disrespectful thing on social member after the news of Pop Smoke's death.

It was speculated that Pop Smoke was set up after police confirmed that the 911 call about the break-in to the Hollywood Hills home he was staying in came from another state. Speaking to the press, Los Angeles Police Department Capt. Steve Lurie revealed that law enforcement received a call just before 5 A.M. ET from "someone back East" who reported that one of their friend's homes was being broken into and that one of the suspects was armed with a handgun.

Lurie also stated that the person who called 911 had been in contact with someone in the house during the incident and that between two and six people broke into the home. However, it remains unknown if it was a targeted or random attack.