The sexually-fluid Noelle Robinson posts a picture from her night out with Alexis Powell only a week after introducing her to her mother Cynthia at a family dinner.

AceShowbiz - Cynthia Bailey's daughter Noelle Robinson showed off her girlfriend Alexis Powell on Instagram. She posted a picture from their night out. The couple looked cute together as they kept themselves warm in matching black puffy jackets. 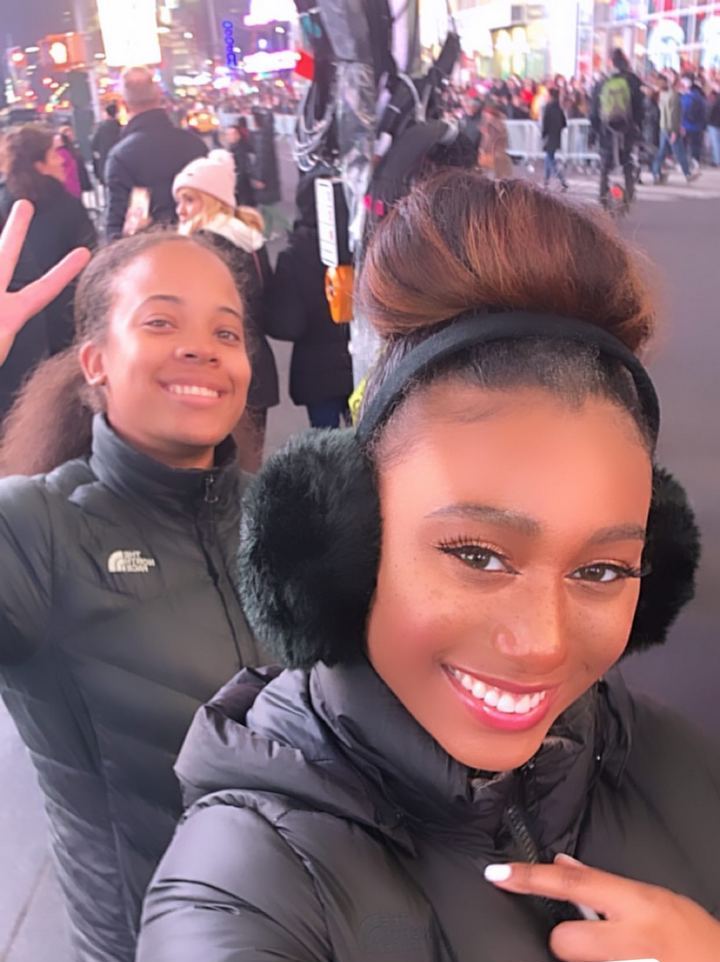 The picture was seemingly taken during Christmas holiday from her trip to Ice Skating at Bryant Park in New York. She told her online followers back then that she "almost got kicked off the ice skating rink 4 taking 3 pics."

In one of her new Stories, the 20-year-old aspiring model/actress declared she's in love. As she played "never have I ever" and the question stopped at "been in love," she answered with a big smile, "Yes! Right now. Yes, yes, yes."

Noelle came out to her mother as sexually fluid back in November 2019. "I definitely ended up meeting a couple of girls that I thought were cool in a romantic aspect," she said, prompting her mom to ask, "So you like guys and girls?" Noelle replied, "People like to try and box everybody in and put labels everything, but I don't really do that."

Noelle introduced Alexis to her mother Cynthia at a recent family dinner. They were joined by her mom's fiance Mike Hill as well as his two daughters Kayla & Ashlee.

Alexis graduated from Howard in May 2019. Noelle also studied at the same university but she took a break after finishing her first year. She moved to Los Angeles in fall and stayed with Mike to pursue career in the entertainment industry.