The passing of the A$AP Mob member has yet to be confirmed, but A$AP Ferg, The Internet and Playboi Carti have joined the 'LSD' hitmaker in paying their tribute on social media.

AceShowbiz - A$AP Rocky has paid tribute to his official DJ and fellow A$AP Mob member J. Scott, who has reportedly passed away.

Details of the turntablist and music manager's death have yet to be released or confirmed, but several tribute pictures have been posted on the Instagram account of his DJing duo, Cozy Boys, which he formed with Mob member A$AP Lou.

"LSD" hitmaker Rocky, real name Rakim Mayers, has posted his own emotional tribute to Scott, also known as A$AP Snacks, on his own Instagram page.

Scott, who grew up in Atlanta, Georgia, was also an A&R for the hip-hop collective's firm A$AP Worldwide, while he managed a number of artists, such as Kilo Kish. 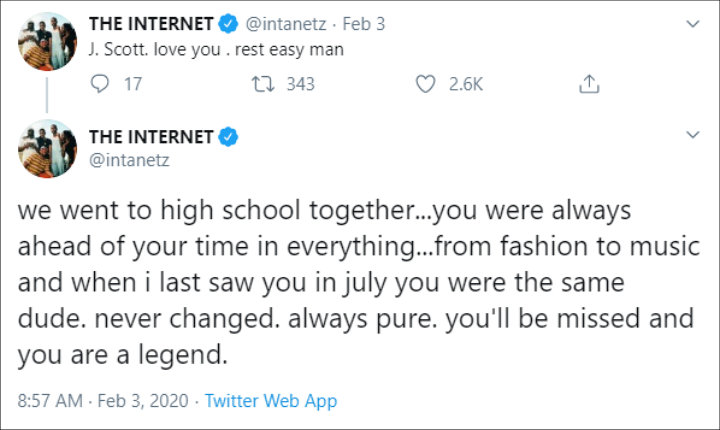 Other rappers who have paid tribute on social media include A$AP Ferg, The Internet and Playboi Carti.

A$AP Rocky Exposed by Paparazzo for Trying to Defend Rihanna

A$AP Rocky Denies Donald Trump Freed Him From Swedish Prison: He Made Things a Little Worse