It all starts after Normani posts a video of the social media star and Lori Harvey during their Jamaican trip, with people pointing out that Jordyn looks 'really wide' in the video.

AceShowbiz - Jordyn Woods has become the latest celebrity to fall victim to Photoshop accusation. The former Good Americans Jeans model has been accused of altering her photos to make herself look slimmer after videos from her Jamaican vacation with her friends surfaced online.

In the video shared on Normani Kordei's Instagram Stories, Jordyn was seen documenting their fun party as Lori Harvey was busy posing for pictures. Seeing the video, people couldn't help but point out that the "Life of Kylie" alum looked bigger than how she was usually seen in her pictures. This led them to think that she might be Photoshopping herself. 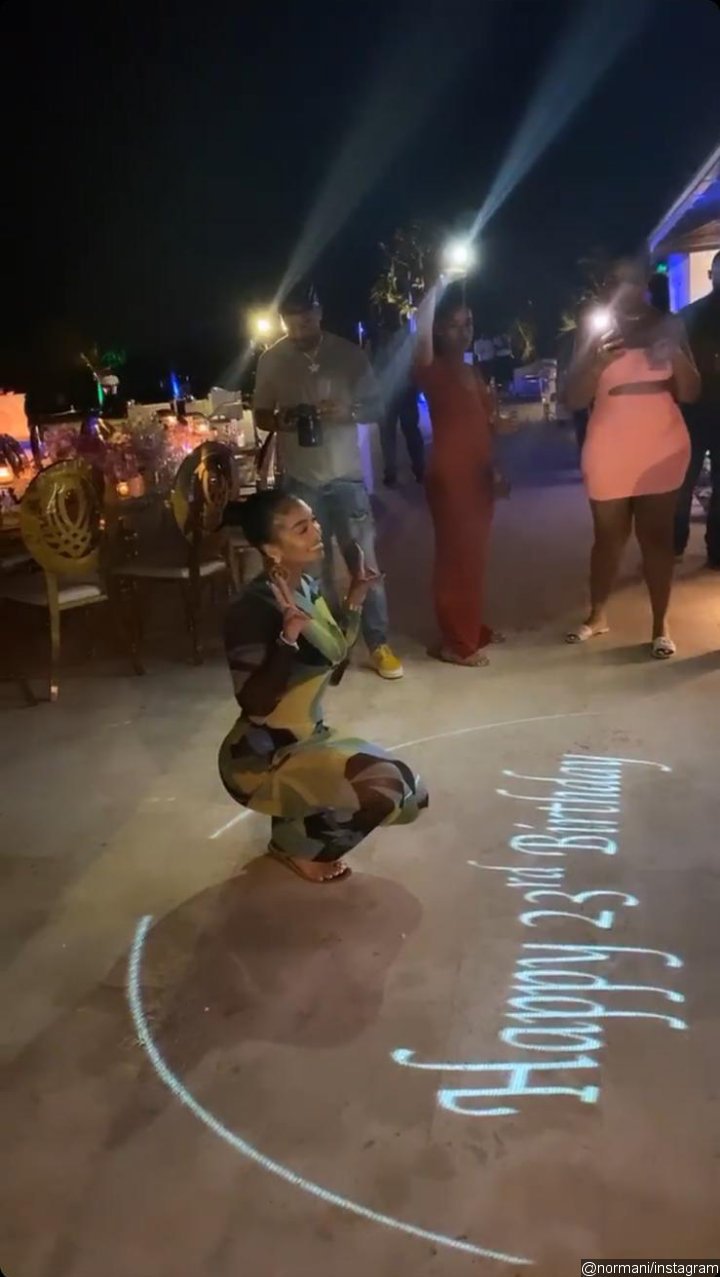 Normani posted a video from their vacation in Jamaica.

One said, "She's a beautiful girl but she facetunes 25-30lbs off her body every picture she posts," while another commented, "Jordyn is wide AF. The Photoshop she does on her picture is funny because her Shadow always give it away." Someone else wrote, "Wow!! I've always found it weird how different she looked in other people's pictures, especially that picture with her and [Megan Thee Stallion]."

The user then pointed out at Jordyn's recent photos which saw her striking some poses in front of a shop, "Look at these pictures that she posted recently. Look at the shadow on the wall behind her. Surely everyone that has met her in person thinks this is weird af?" Another agreed, "Damn that shadow told on her bc your shadow is normally SKINNIER AND LONGER THAN YOU ARE."

Another user accused Jordyn of "catfishing," as saying, "This is probably why she can't keep a man. You don't look like that heaux!" One other wrote, "Wow this is crazy. I really didn't know it was possible to Photoshop THIS much. What the hell?? Why not just lose weight instead? This is nuts!" Meanwhile, someone joked that Jordyn should teach them how to Photoshop.

Jordyn has yet to respond to the accusation.