The 'Look at Her Now' singer defends Justin Bieber's wife Hailey and her friend Madison, who happen to have dinner at the same restaurant as Selena, who is celebrating her album release.

AceShowbiz - Selena Gomez isn't here for people pitting woman against each other. The singer/actress has defended Hailey Baldwin and Madison Beer after they were spotted at the same restaurant, Craig's in West Hollywood, on Saturday night, January 10.

The "Wizards of Waverly Place" alum was having a dinner to celebrate the release of her album "Rare", which arrived the day before. At the same time, Justin Bieber's wife and her pal Madison were seen hanging out inside the same restaurant.

Hailey and Madison, who is also a good friend of Justin, reportedly left about an hour after Selena left with her group amid a storm of paparazzi. Hailey and Madison were seen leaving in an SUV, with no sign of the "Yummy" singer's presence.

The three reportedly didn't interact with each other inside the restaurant. Following their sighting at the same spot, fans have been speculating that Hailey and Madison intentionally came to the eatery to put a dark cloud on Selena's celebration.

Responding to the criticisms, Madison took to social media to deny that the move was intentional. "these rumors are getting insane.. i just had dinner with my friend hailey of 10 years... and that's it?" she wrote in a now-deleted comment on one of her Instagram posts. "How is that a crime? I love selena.. always have. (as y'all know.) and I would literally never in a million years try to upset her??? that is just mean and unnecessary and nothing happened. it was just a coincidence, you're bullying me for no reason..." 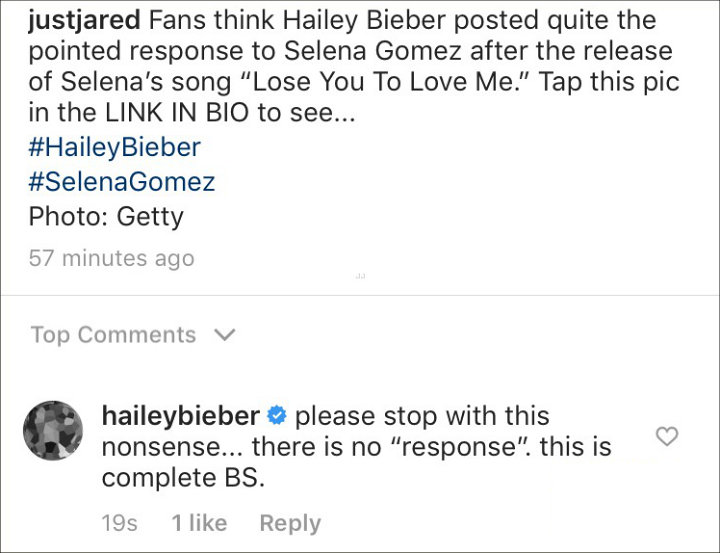 Hailey also the hate she and her pal received, "please stop with this nonsense there is no 'response'. this is complete BS." 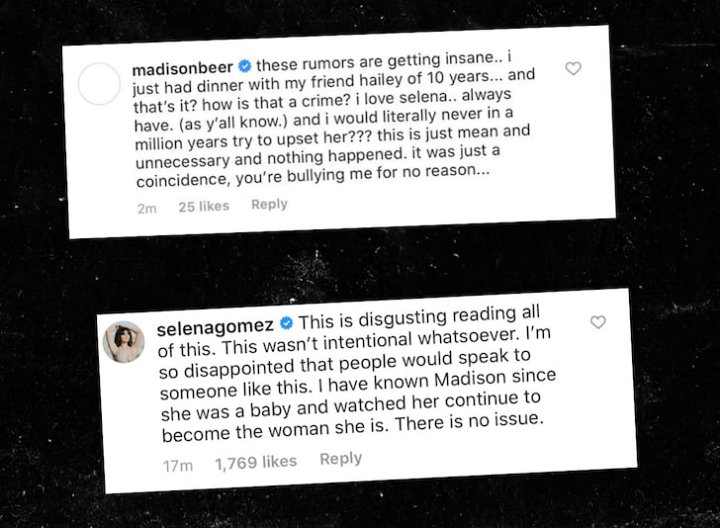 Selena later defended her pal Madison and Hailey, writing, "This is disgusting reading all of this. This wasn't intentional whatsoever." Calling out the trolls, she added, "I'm so disappointed that people would speak to someone like this. I have known Madison since she was a baby and watched her continue to become the woman she is. There is no issue."

Salma Hayek Recalls Being Left Severely Injured by a Monkey

Selena Gomez Reflecting on Her 20s After Celebrating 30th Birthday

Anne Heche Taken Away on Stretcher After Fiery Car Crash