Rumor has it, the Carolina Panthers quarterback's alleged side chick Reina was pregnant with his child when his longtime girlfriend Kia was also carrying his baby.

AceShowbiz - Football star Cam Newton allegedly cheated on his longtime girlfriend Kia Proctor. According to gossip mongers, the 30-year-old quarterback of the Carolina Panthers hooked up with an Instagram model, La Reina Shaw.

Cam was caught lurking on Reina's Instagram and liking her sexy pictures while he was still in a relationship with Kia, the mother of his children. Reina was allegedly the reason the NFL player called it quits with Kia after years of relationship. 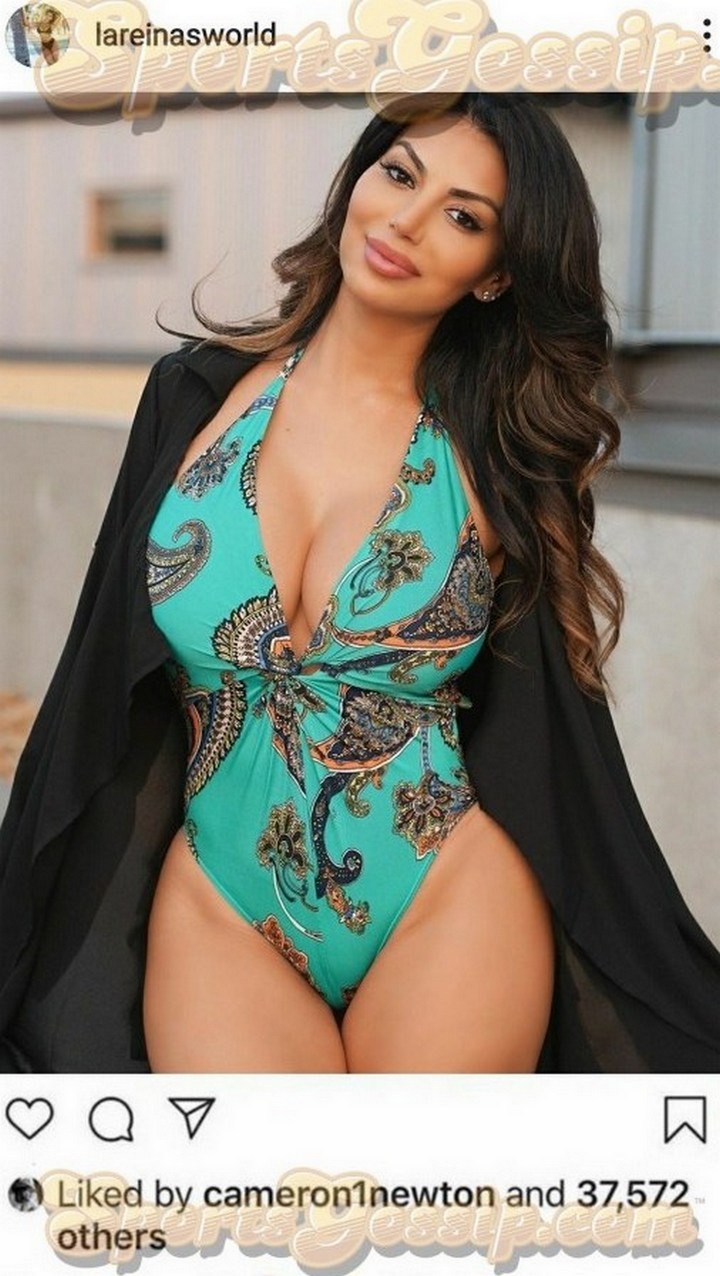 Following the separation, a new rumor suggested Cam had a secret baby with Reina. In a picture posted in June 2019, Reina showed a hint of bare baby bump. The picture was cropped above her waist, but the top of her rounded belly could still be glimpsed in it.

It's unclear when she gave birth, but in a December image taken in her kitchen, baby bottles were seen in a rack next to a sink.

When Cam's alleged side chick was pregnant, his baby mama was also carrying his child. Kia announced her pregnancy with a "blessed" picture in May 2019, a month before Reina's baby bump photo.

Coincidentally, when the two women were pregnant, Cam said on TV during a visit to "The Late Late Show with James Corden" that he was giving up sex in hopes to be more focused for the 2019 season. "I try to challenge myself in many different ways," he said. "I'm giving up - I hope this is an adult crowd, it looks like it is - no climax."

Cam Newton and Kia Proctor started dating in 2013, but he only confirmed their relationship after she gave birth to their first child in December 2015. They share four children and she has another one from a previous relationship.

It's not known when exactly they split, but they were no longer together when she announced the arrival of their fourth child in October 2019. Both had already deleted all pictures with each other on their pages back then.