Weeks after going public about losing her fifth child with the '30 Rock' star, Hilaria Baldwin encourages others dealing with similar struggles to consider doing the same.

AceShowbiz - Alec Baldwin's wife Hilaria is undergoing therapy to help her heal following the heartache of her second miscarriage.

The yoga instructor had been four months along in her latest pregnancy when she learned they had lost their fifth child, a baby girl, and she went public with the news in a sad message on Instagram earlier this month (November 2019).

Hilaria had also suffered a miscarriage in April (2019), and on Wednesday, November 20, the 35-year-old revealed she had decided to seek professional counselling after trying other methods of self-care.

"I've been trying to reach out for support. Through sharing, talking, crying ... moving my body, acupuncture," she shared on her Instagram Story timeline. "Today I took myself to a therapist."

Hilaria confessed she was a little "nervous" before the appointment, but admitted, "it felt good to talk about what has happened," as she urged others dealing with similar struggles to consider doing the same.

"I share this with you in hopes that if you ever want to seek help, I encourage you to make the time," she wrote. "You are worth it." 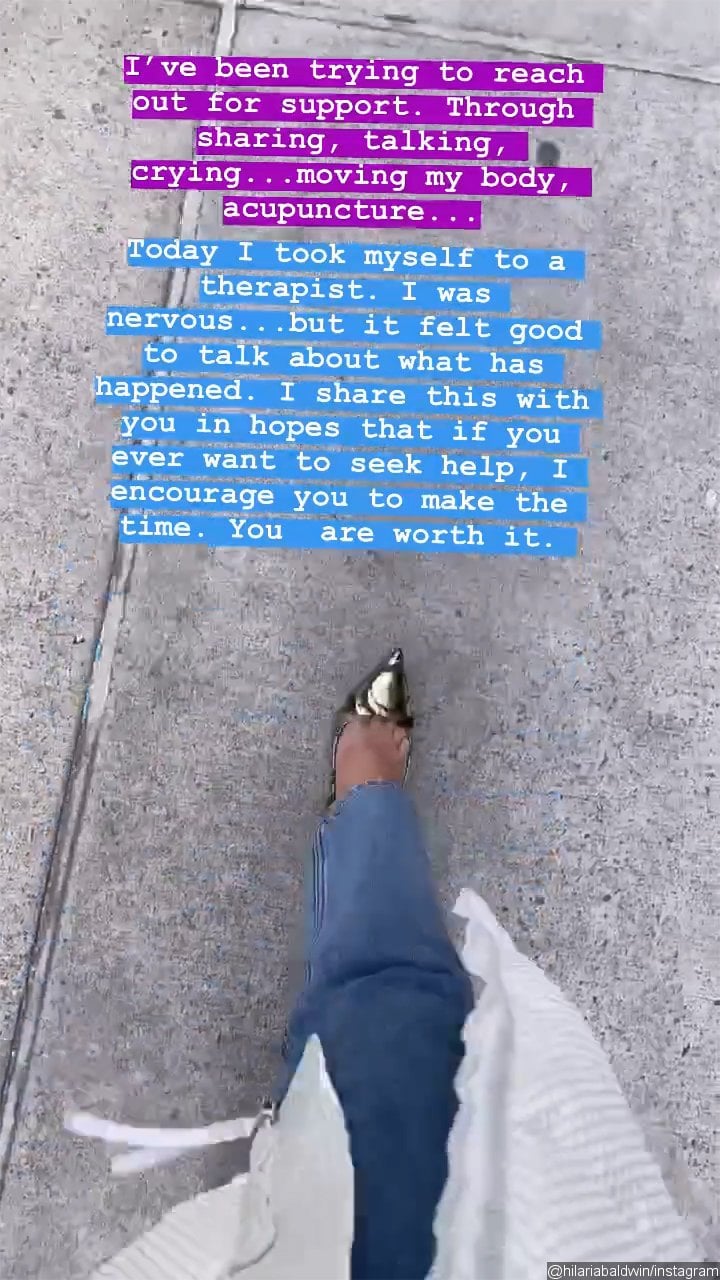 Hilaria Baldwin reveals she tries to 'reach out for support' after latest miscarriage.

The mother-of-four went on to reflect on the vast number of fertility stories she had heard from followers in light of her own tragedies as she assured them they were not "alone." 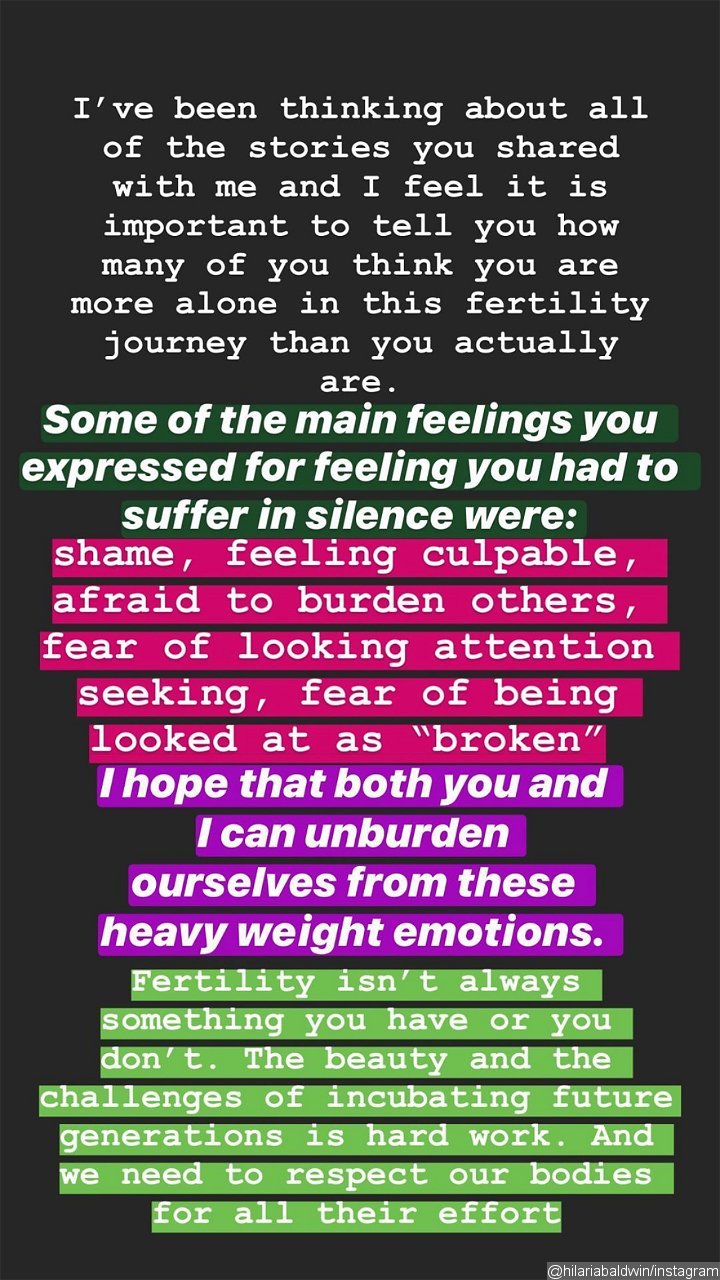 Hilaria tells those dealing with the same issue they're not 'alone.'

"I hope that both you and I can unburden ourselves from these heavy weight emotions," she concluded. "Fertility isn't always something you have or you don't. The beauty and the challenges of incubating future generations is hard work. And we need to respect our bodies for all their effort."